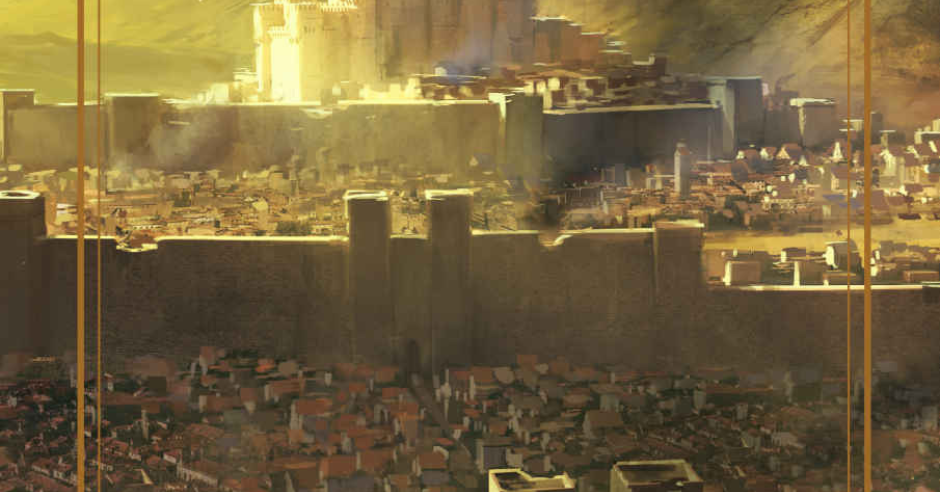 The novel Kingshold by self-published author D.P Woolliscroft is the first offering of the Wildfire Cycle series. If I could describe Kingshold in a few lines, it would be a beautiful but complicated tapestry. It is written in the vein of dark and intricate fantasy, much like the Malazan series or The Darkness That Comes Before. There are magic and fantasy aspects in Kingshold, but they come second to the political and societal maneuvers of the characters. Because of the breadth and scope of the worldbuilding, the first 200 pages of the story are on the slow side. I don’t fault the author for this. He had a lot of history and territory to lay out for the reader. Subsequently, I would think later books in the series Tales of Kinghold and Ioth, City of Lights, require much less narrative exposition and worldbuilding to get going. If you stick with the story and let Woollenscroft build a foundation for the politics and intrigue to sit in, you are rewarded with a well-crafted and entertaining political fantasy story. 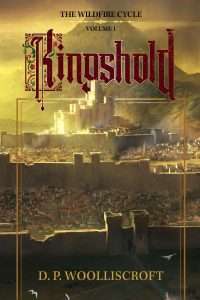 Kingshold is a place that has been riotously turned on its head. The king and queen of the city have been murdered, their heads set upon pikes. The governing body is in chaos. It is a vacuum that wants to be filled by the vainglorious and social climbers. Jyuth, the ancient wizard that had guided the court for centuries, is guilty of regicide. Tired of bad kings and queens, he sets out the rules for a new election.

The people will vote on a new leader.

Anyone can vote as long as you can put in the 1000 coins to earn a spot at the voting table. This causes the disenfranchisement of many would-be voters; only the rich and elite get a say. And with that thought, the race to the crown proceeds. There is death, back-stabbing, pay-offs, propaganda, and riots. Everything you would come to expect in a situation like that.

Kingshold is entirely character-driven once the settings are set for the story. Most of it revolves around Mareth, the bard. Mareth is a man with stars in his eyes and the intelligence to help shape the future of Kingshold. Jyuth is the great wizard who started this tumultuous election in the first place. Both of these characters’ machinations shape the kingdom’s future.

Another one of the real strengths of Kingshold is the humor. This isn’t a powerful laugh-out-loud type story. But Woolliscroft does a great job in injecting a bit of lightheartedness into conversations that lift the dialog and keeps the pacing from getting stodgy. I appreciated that as a reader, and it was an excellent counterpoint to the dark political intrigue and backstabbing.

The engaging and detailed political plots, along with the humor and gorgeous worldbuilding, made this a treat to read. I look forward to tackling the next book in the series.