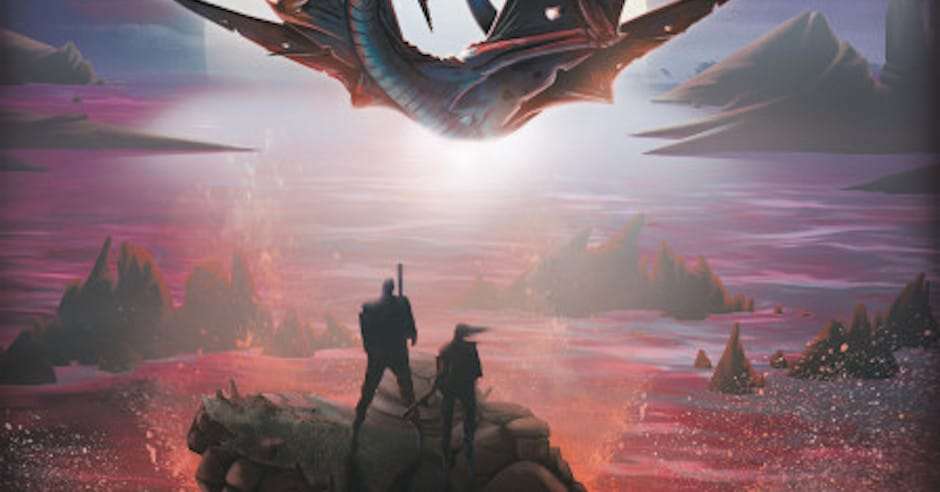 I received an advanced review copy of Knight of Stars in exchange for an honest review. I would like to thank Tom Lloyd and Gollancz.

“We’re here to drink beer an’ fuck people up, but we ain’t halfway through the beer yet.”

After somehow surviving the labyrinth of Jarrazir the soldiers of Anatin’s Mercenary Deck seem like they have a simple task for the next few weeks. Lots of drinking, violence, sex, and banter whilst visiting the picturesque Mage Islands and dealing with a debt issue. It turns out that there may be a few complications. Giant golanthas, dragon-like tyserns, Mastrunners, and Teshen – the Knight of Stars – having to deal with his ex-girlfriend.

This is a series that I truly recommend but it has been an interesting one for me. I rated the first two books 7.5/10 which I class as a good rating but something has kept drawing me back every time a new entry is unleashed more than other higher-rated books would have. They are also tales that I have had to read before they have been released. There is something really addictive about the way Lloyd writes. Lloyd writes action scenes better than anybody in the game at the moment. The author has crafted an amazingly well-thought-out world and it is strikingly impressive in its originality which when combined with other mentioned factors equals excellence.

As discussed, the action is top-notch. No author at the moment can touch Lloyd for the adrenaline-pumping, shit, what the fuck just happened scenes. As always, Anatin’s mercenary crew are a pleasure to follow. Lynx, the portly honourable main character. Toil, the intelligent but manipulative and insightful funder of the escapades. Sitain, the young but extremely talented night mage, and Reft, the gentleman-loving brawler who would never lose a fight. These are all great examples, but Teshen, the Knight of Stars really shines here.

Some of the scenes, for me personally, were over descriptive but I cannot deny that Lloyd has a deft talent with words. Perhaps that is why the action scenes hit harder and more precise and just blow the metaphorical doors off. I’m not an author so I can’t judge the mechanics but that is my only minor criticism.

The “magic system” is excellent, especially now that certain individuals’ skills have been enhanced and I’ve always liked the flintlock-esque elemental-pistols. After the first two books the vibe that the characters were going to end up fighting a massive monster in a cave or secluded environment was slightly predictable but I don’t see that as a negative. Lloyd does what he does well and long may it continue. I believe the next narrative will be the final entry in this story and wow, it builds up to a hell of crescendo about what could occur next. From what I’ve read of Lloyd’s work, he’s one of the finest writers of stunning, action-focused fantasy in the world.

[…] Tom Lloyd – Knight of Stars I said: “From what I’ve read of Lloyd’s work, he’s one of the finest writers of stunning, action-focused fantasy in the world.” (Full Review) […]