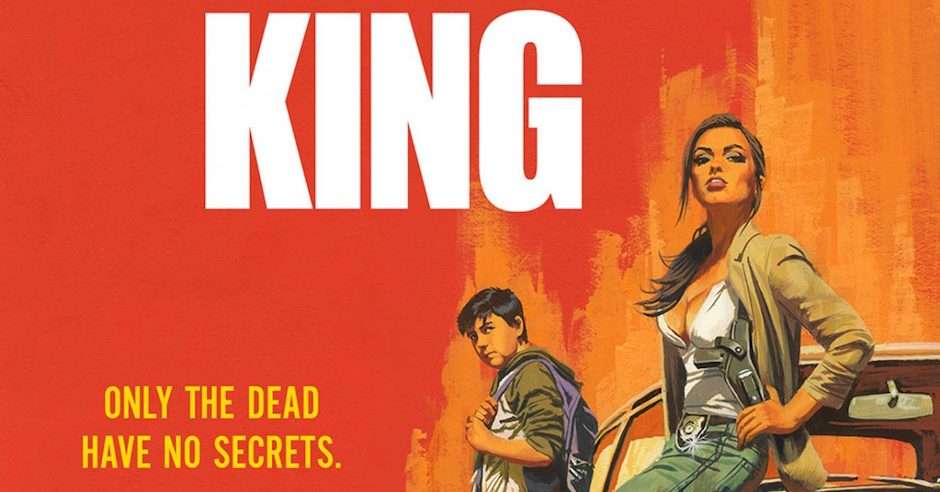 Later is a thrilling, sarcastic, and gritty book that hits like a shovel to the skull. In a good way, of course. I knew it was likely to be solid, even great, but Later turned out to be a fantastic novel that I didn’t want to end.

“So yeah. I see dead people. As far as I can remember, I always have. But it’s not like that movie with Bruce Willis.” 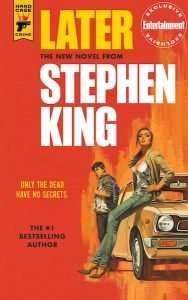 The plot of Later follows a kid named Jamie Conklin who can, well, see dead people. How he sees them is interesting and original; there are rules and limits to what dead people can do and how long they can stick around after death. After their tenure as a spirit on earth is finished, they fade away to wherever people go when they die. Well, mostly. What kind of horror novel would it be if there weren’t carefully crafted rules to create a sense of control just to be quickly thrown out the window?

“Once you’ve seen what can happen to a human body that’s suffered an act of violence—accident, suicide, murder—maybe it doesn’t even matter.”

Later is billed as a horror novel but is much more than that. It changes its feel throughout, moving from supernatural thriller to mystery to horror, all wrapped up in a coming-of-age novel that only Stephen King could write. Sure, there is death and blood, but that takes a backseat to Jamie and his life. You really feel for him and the struggles he faces, both natural and supernatural. Hell, in some ways the “normal” struggles hit even harder than the supernatural ones.

“The worst part of growing up is how it shuts you up.”

Most Stephen King books are long, character-driven novels that thrive on a well-written cast and unsettling scenes that make you jump to turn on your bedroom lights. A majority of King’s career has been built around these doorstoppers, and there is a lot to love about the way he can make the pages whizz by. That is exactly why books like It, Salem’s Lot, and Doctor Sleep are so well-loved. He has also proven time and again that he is a master of the short story. Yet, Later is shorter than most of his full-length books but longer than his shorter works. It falls into that odd short novel category, similar to his first book Carrie.

Later takes advantage of its shorter, punchy length to tell a grim story that doesn’t hold back. There is plenty of character development, and I found myself loving Jamie just as much as characters in Stephen King’s longer works. It doesn’t hurt that the entire story is told from Jamie’s perspective, which allows for character development while also moving the plot forward.

Later is another amazing horror novel from an author known for amazing horror stories. Yet, with its genre-bending plot, its likable main character, and its streamlined plot, Later stands out as one of King’s best. 5 stars.