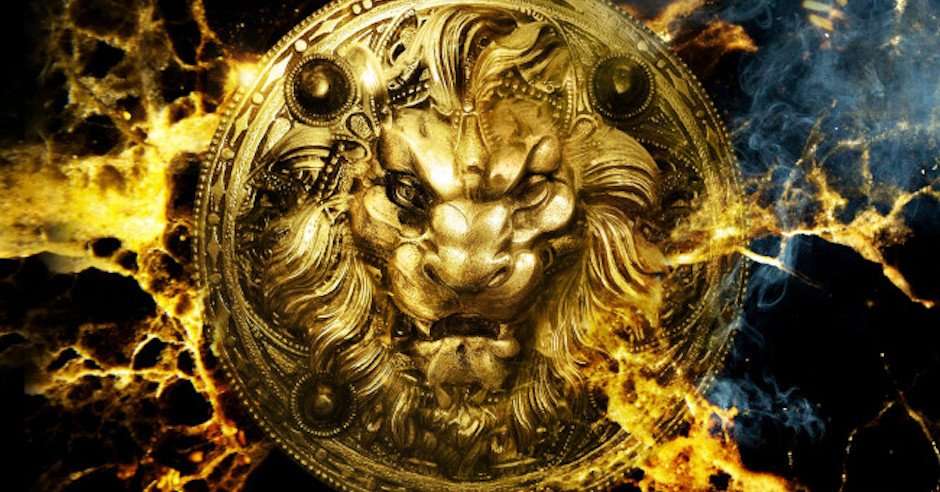 Matthew Ward’s Legacy series reaches its brutal conclusion in Legacy of Light. A book of personal, moral, and physical attrition, Legacy of Light continues the story of the Tressian republic and the Hadari empire, the lands of mists and forests and the gods and entities that live in them, and a group of heroes dragging their people and friends to safety in a range of very different directions. 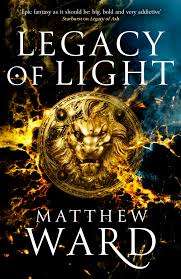 As book three in the Legacy series, it goes without saying that if you haven’t started this series, you’d probably be a bit silly to continue on with this review. Best you click here and head to our review of Legacy of Ash.

In Legacy of Light Viktor and Rosa join forces, cross the border into the Hadari empire and go looking for something in the dark remnants of a dead queen’s city. A surprise visit from the Raven lets Rosa know that Viktor might be making a mistake that will destroy the world. But can you really trust the Raven, even if he loves you?

Altiris is a member of Lord Josiri Trelan’s hearthguard. A wine and some fallen aristocratic company wanting to use his station to get back ahead find him face-to-face with the resurgence of an old foe of Tressia returned from the mists. Viktor’s prizes from the Hadari empire stolen and an old face Altiris knows he has to hunt down, is this the opportunity for glowing heroism Altiris has been waiting for?

Josiri is starting to see a sadness in his porcelain goddess partner, Ana. Her sarcasm and sardonic humour is slowly changing to despair, a clear reflection of the crushing of hope Ward has delivered throughout this series. With Tressia being controlled by Viktor, who has become Lord Protector, and Josiri now a member of a council not needed to meet Tressia’s needs, he leads the constabulary, men and women whose roles are being slowly usurped by the militant Drazina.

A year after crossing the Hadari border with Viktor, Rosa is trying to diffuse her anger and disappointment in Viktor by creating statues to hammer out her her feelings. Only, a favour gets called in and she’s off to the Eastshires to try to diffuse a growing resentment at inaction to free those Tressians and the land sacrificed to the Hadari for peace. Drenn, wolfshead, is the one stirring them up. Is Drenn enough to stir up a new flame in Rosa?

Melanna is now both Empress and mother, leader of the Hadari. With an old angered god now chasing her five year old daughter as he once chased her, and the Golden Court of the Hadari empire assembling with all the political intrigue and danger that brings, Melanna is in a tough position, but being supported by an odd friend she just might make this work. But surviving her own people might be harder than obtaining the throne in the first place.

With the character threads mentioned above the key ones in my eyes, and not even half the POVs, Legacy of Light is epic on a Sanderson / Gwynne scale. It’s big, it’s bold, and the feeling of attrition I mentioned in my review of Legacy of Steel is just suffocating. The world is hurting, both Tressia and the Hadari empire are running out of warm bodies to put in their shield walls, and we the reader hurt and feel drained with the story and it’s characters.

To me, this was a book about Josiri and Victor, and the paths that life leads these two on as they try to save Tressia. The people they use up and destroy. The bodies their goals and morals leave behind. The relationships and friendships and family ties twisted and burned and lost. And this is where the true excellence of this novel lies—not in the Serathi, sweeping battles, mists (and horrors within), and terrifying assassins—but in what we do to each other to achieve our ends. In this, Legacy of Light is just beautifully written.

Were I to critique one aspect of Legacy of Light, it would be that so strong is the impact of Josiri and Victor, that I was found a bit wanting on Sidara in the second half of the book, and Rosa throughout. But I feel it had to be this way for the ending to truly land.

And what an ending. I may be a 100kg 2m tall hairy bloke but I’ll be damned if I didn’t choke up for the last three chapters. The sense of loss, sadness, and a glimmer of hope only witnessed by the remaining few survivors had tears in my stubble. It reminded me a lot of the end of Lord of the Rings—just a huge relief mixed with intense sadness. Having finished the book at midnight last night, I must have laid under the blanket staring at the wall for an hour, just letting that last couple of hours’ reading percolate.

In Legacy of Light Matthew Ward has delivered such an ending to his colossal trilogy that I may need a few days away from books just to let this feeling allow me to kick something else off without bias. Epic, exhausting, brutal, and magnificent, Legacy of Light was pretty much everything I hoped it would be when I opened the front cover. With his first full trilogy out of the way, bring on whatever Matthew Ward publishes next.