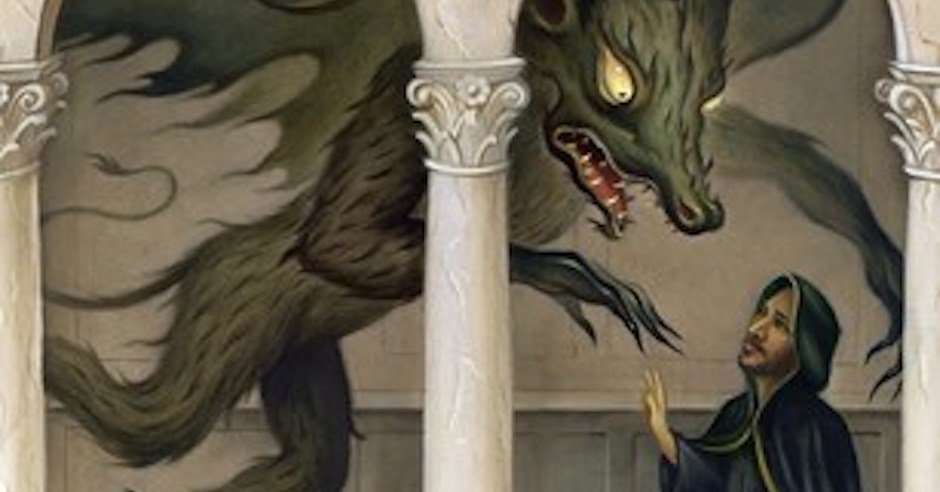 Lent is a chimera of a novel, a combination of historical fiction and fantasy with bits of religious and philosophical arguments peppered throughout a thoroughly interesting Groundhog’s Day-esque story. Jo Walton juggles each of these pieces almost expertly, wrapping them in a wonderfully evocative novel with sparse, well-written, and even beautiful prose.

There is a powerful comfort in knowing nothing else you do in this world can matter, that everything that can be done has been done and very soon you will be with God. 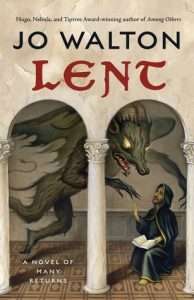 Lent follows the very real Dominican friar Girolamo Savonarola as he purifies the city of Florence from demons and transforms it into “God’s Ark”, or the city of God. He does this by exorcising the demons who reside in and around the city as well as leading Florence (his flock) to a purer way of living. Others around him can sense aspects of demons, i.e. feel their presence or see a shadow, but only Girolamo can truly see and cast demons out. Girolamo also has the interesting gift of prophecy that plays an important role throughout portions of the story.

The supporting cast of Lent is made up of historical figures that interact with Girolamo in varying ways throughout his many lives. There is the Count Pico della Mirandola, a religious philosopher who in real life defended his book The 900 Theses which, interestingly enough, ended up as the first printed book to ever be banned by the Catholic Church.

We also briefly meet Lorenzo de Medici, the unspoken ruler of Florence who dies very early in the book but shows up again and again. His role is slight compared to others but is very important to the story of Lent.

This whole life has been an echo, where everything he says has the weight of all the times he has said it before.

And the story of Lent is… well, difficult to divulge without spoiling the nature of the book. What I can say is that the first half of Lent follows one of Girolamo’s lives and then, with a very intriguing twist of narrative, we see him live subsequent lives over and over again. These many lives are an attempt for him to find out the right way for him to live his life, a la Groundhogs Day or Palm Springs, which is not wholly original in and of itself. Yet, it is not the plot device itself but the way it is explored that makes this book work so well. Jo Walton uses it as a way to explore deep philosophical and religious theories of the renaissance in a way that is both dark, entertaining, and informative.

Lent is a fantastic novel that kept me enthralled the whole way. Lent may not be a very action-heavy book, but its themes are grim and philosophical in nature. Undoubtedly one of the best fantasy books I’ve read in a long time and I cannot recommend it enough. 5 out of 5 stars.