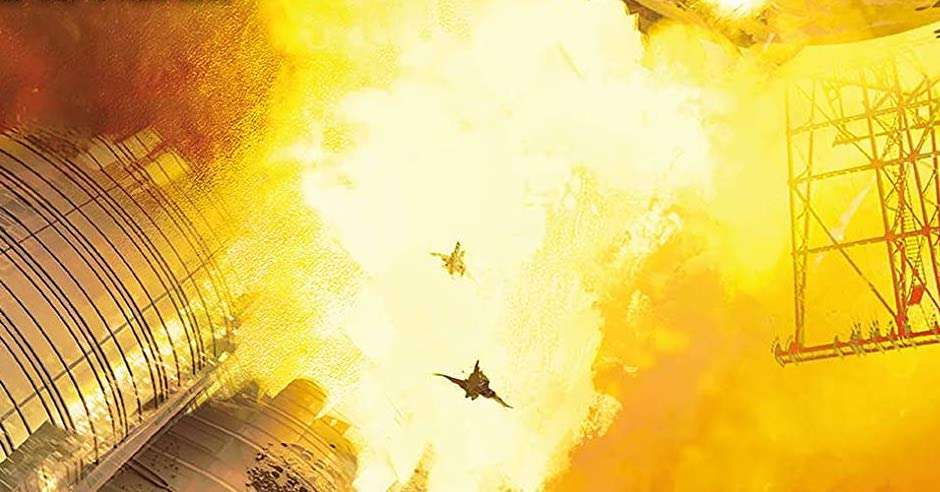 Leviathan Falls is the ninth book and conclusion of The Expanse series that has successfully gone on to become a roleplaying game, television show, and the basis of numerous spin off novellas. It is the story of a complicated future where Earth, Mars, and the miners in the Asteroid Belt are all struggling for dwindling resources when a mysterious alien artifact changes the course of human history forever. From there, wars and upheaval are primarily determined by the plucky crew of the Rocinante. 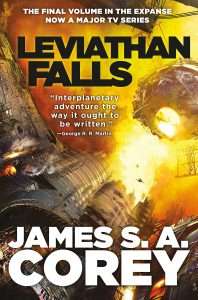 Things are not good for the crew after the events of the previous book. Despite delivering what they hoped would be a knock-out blow to the Laconian Empire, they instead have found the latter able to project its power throughout the galaxy by terrifying humans with threats or orbital bombardment. Unfortunately, Laconia has become the least of humanity’s problems due to the fact the Gotha (extra-dimensional aliens with godlike power) are really ticked off at humanity for their continued use of the protomolecule gates.

Duarte may actually prove to be the solution given he’s returned from his coma as someone almost completely merged with the protomolecule. Can he utilize the protomolecule as a weapon against the beings who wiped out the protomolecule’s creators? Should he? Holden and company become, once more, at the center of things due to the fact they have both Duarte’s daughter Theresa as well as one of the few protomolecule infected human beings who remains alive as well as sane.

Hunting our party of space heroes is Colonel Tanaka, the beautiful but fascist chief soldier of Laconia. After a brief encounter with Holden in Egypt, she loses the beautiful part and becomes obsessed with avenging her failure to kill him. As a source of tension, Colonel Tanaka works well and actually has an interesting story arc. She’s still an awful-awful person but is understandable and even charming in her own way.

The conflict against enemies who are completely inscrutable and cannot be opposed by anything humans have technological capacity to produce is something that is a hard story to tell but James S.A. Corey manages to succeed. Part of this is due to the fact they focus on the human element. The protagonists are desperate for a solution but are aware that Laconia and Duarte’s plans are outright insane. As the kind of physics-defying events keep piling up, the climax is suitably set up in a way that is both tragic as well as satisfying.

I would have appreciated more insight into how the Betlers, Earthers, Martians, and colonies were getting along in their struggle against the Laconians but that just isn’t what the book is all about. Still, I overall think this book successfully stuck to the landing. While they won’t be adapting it or the Laconian plot to the TV series, it is a satisfying finale to all of the previous books and what they set up.