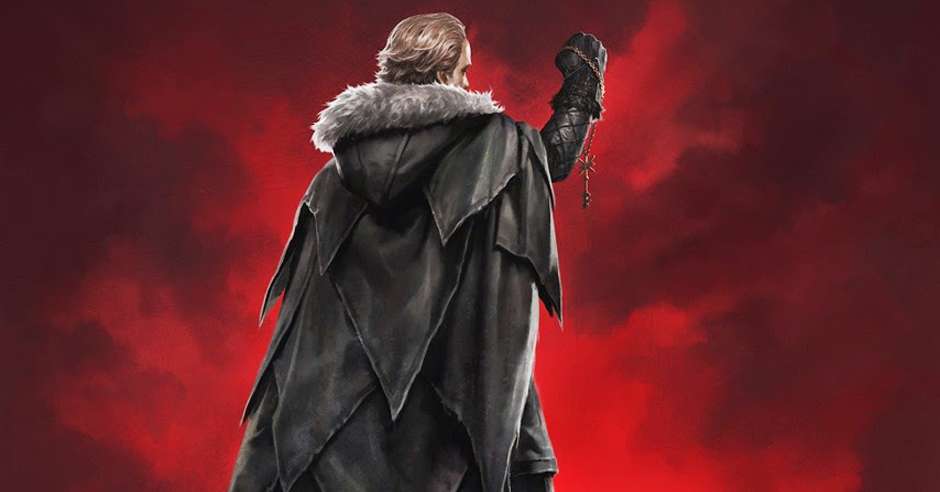 Reading The Broken Empire trilogy really changed the way I view fantasy. It was after reading this trilogy that I discovered and began to define for myself what grimdark is. As a kid I always rooted for the bad guys. I especially liked the villains or antiheroes who seemed pretty decent but made some bad decisions. I always loved the movies with a twist. The good guy wins but dies; the movie ends unresolved in some way. Lawrence has a way of creating likeable bad guys as heroes that I find extremely appealing.

After reading the description to The Red Queen’s War series, I confess to being disappointed. Mark Lawrence went from showcasing Prince Jorg, the ruthless rogue, to featuring Prince Jalan, the fop of the Red March? What on earth was he thinking?

Jalan surprised me in Prince of Fools, so much that I eagerly anticipated the release of The Liar’s Key, the second book in the Red Queen’s War, in a way I hadn’t looked forward to a book in a long, long time. And as much as I grew to hate Jalan sometimes for his lazy, cowardly ways, I also began to admire his cleverness and ingenuity.

Snorri ver Snagason is the straight foil to Jalan and his conniving ways, forming a very unlikely pairing. Snorri, a Northman, is a man’s man of deep honour and unrivalled fighting skills, a man of single-minded determination who wants to open death’s door and bring back his dead family. It’s a true tribute to Lawrence’s writing skill that this unlikely pairing makes believable companions.

One thing that the two characters have in common is the celestial spirits that have been attached to them in Prince of Fools by Jalan’s invisible great aunt, the Silent Sister. I say invisible because very few people seem to be able to see her or know of her existence. Using a spell of great power she attaches the two spirits (one good, one evil) to Jalan and Snorri to bind them together and send them on a mission. 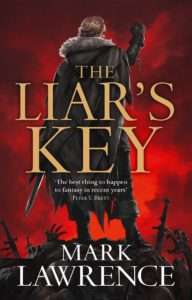 The Liar’s Key opens with Loki, a trickster god from Snorri’s homeland, hatching an underhanded scheme. First, he creates an object of great power–the Liar’s key. The key can open pretty much any lock, portal or door no matter who made it. It’s called the ‘Liar’s key’ because it was created by Loki, the greatest liar in the pantheon of Northern deities. Then, he launches his scheme by finding Kelem, the Door Mage. Who better to tempt with a key to open any lock? Kelem, having spent way too many years alone with all of his secret doors, proves to be an easy target to manipulate as he is already half insane. Kelem then goes missing in action for a large part of the story, long enough for you to wonder why he was in the introduction, but comes back in a major way at the end.

Fast forward in time and we catch up with Jalan and Snorri in the North, where Jalan seems to think he is on a vacation, bedding every local woman he can, while Snorri continues the single-minded pursuit of his goal of getting his family back now that he has come into possession of the Liar’s key. He searches for a Völva (a witch of sorts) who can show him a door to Hel, whereby he can use the key to retrieve his long dead wife and children.

Although Snorri seems hell-bent on his own destruction, Lawrence makes the reader believe that if anyone can challenge Hel and win, it’s the massive northern warrior. He and Jalan are assisted by Tuttugu, the last remaining survivor of Snorri’s clan, the Undoreth. Tutt (as he is frequently called) is a fisherman by trade, but he is also a stout warrior who is fiercely loyal to Snorri.

On a visit to see a Völva, the crew picks up an unlikely traveling companion, a Völva-in-training by the name of Kara. Kara is a mixed bag. While they all know that she has her own ulterior motives and those of her master as well, having a little magic and knowledge on their side doesn’t hurt either.

The big question is can Snorri open the door to Hel and rescue his family? You won’t find the answer to that question here sadly. What you will find here, though, is my strong recommendation that you read the series and find out for yourself.

I will proudly admit to being a fan of Mark Lawrence’s work, but I really feel that he outdid himself on this one. This is far and away my favorite novel of the year. I had trouble putting it down, even at midnight with work early the next day.

There’s something strangely organic about the way Lawrence brings the characters to life, making me develop relationships with them in my mind by playing one against the other, much like Fafhrd and the Gray Mouser of Lankhmar fame. Also, the way that he sucked me into the story made me not want to put it down, perhaps due to the intimate first-person narrative from Jalan’s point of view. Reading The Liar’s Key made me feel present in the story’s world.

That is why I read books. To escape to that far away impossibility. The highest praise I can give to a writer is that they helped me do that with their book. Mark Lawrence has done that with The Liar’s Key. 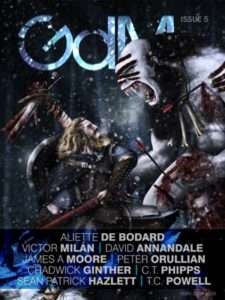 Grimdark Magazine #5 is available for purchase from our catalogue.