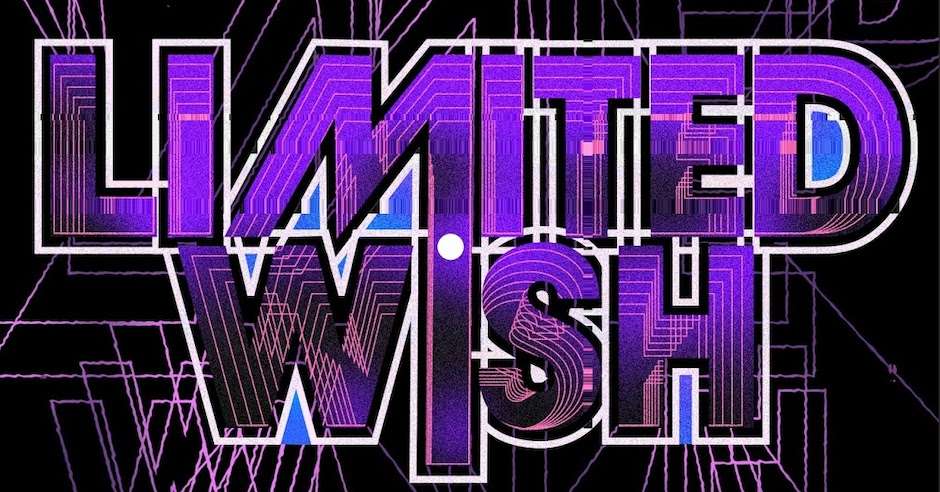 I read One Word Kill a few weeks ago and was thrilled to get hold of an eARC of the sequel, Limited Wish. 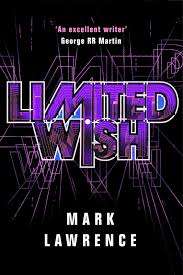 If you liked book one, prepare to be just as entertained an engrossed with book two. The good news is that this book doesn’t suffer at all from “middle book syndrome” where the bridge from beginning to end of a trilogy often becomes the weakest link. Indeed, this is just as good if not better than the first book.

Limited Wish picks up a few months after the events of One Word Kill, as our party of adventurers settles back into their daily lives. Our narrator, Nick, has turned 16 and worked his way into admission at Trinity College in Cambridge, working as a protégé to a Professor in Mathematics. They’re working together on ideas with bending time, as Nick is convinced by his experiences in book one that he eventually invents a method of time travel.

As in book one, Nick and his friends get together each week to play their Dungeons and Dragons campaign. The book’s title reflects that, with the Limited Wish spell being one that has wondrous benefit but obvious limitations on it. It’s all in the wording of the wish. The campaign story runs parallel to our main story, where Nick is once again dealing with visitors from the future and having to avoid time paradoxes.

This time around, Lawrence ups the stakes from the first book. Nick still has the shadow of leukemia to haunt him and threaten to end his future before he can move to set it back to what it was, or is, supposed to be. We see that there are many alternate realities and possibilities, and Nick is determined to make sure that his reality is one where he isn’t killed by such things as his leukemia or the simple fact of the universe seeming to be out to kill him with random accidents. If that’s not enough, Nick and his friends are dealing with the aftermath of the events in book one, where they know certain parts of their futures and are dealing with the questions of how set in stone they are or if their current actions will change things up and create a Butterfly Effect.

This isn’t a rehash of the first book, but a deeper study into time bending and alteration, and the paradoxes that are formed when it’s attempted. At the centre of these ideas is the “time hammer”, which Nick will need to employ at a precise moment of convergence in order to set things “right”. It’s a bit of a mind twister for both Nick and the reader, but Lawrence pulls it off in ways that make sense scientifically and make sense to the layman reader.

I’m recommending the Impossible Times trilogy as one of the top reads of 2019, and very much looking forward to the conclusion in November. I can see this series down the road as an essential re-read, as there will be lots of little things to snap into place the second time around. Perhaps the time hammer will make elements click that might have been overlooked with the first reading.