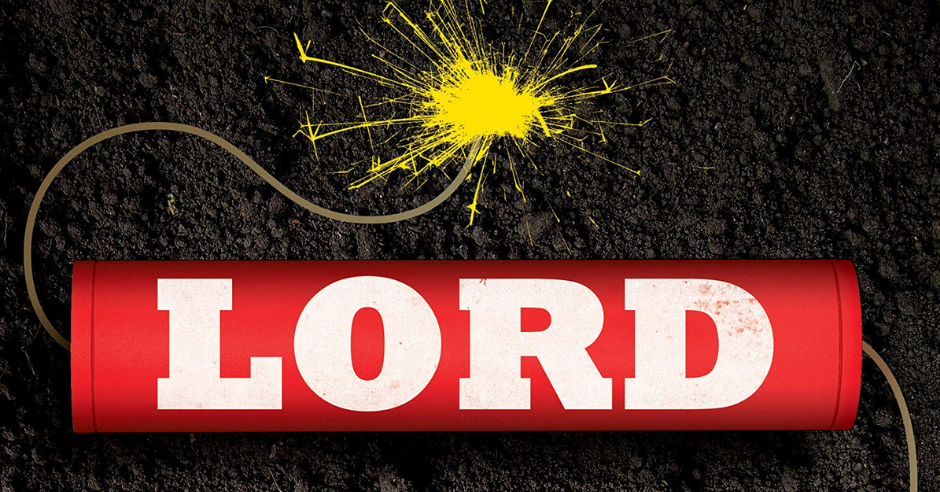 “Christ said to suffer the little children and let em come unto him. I don’t think he meant to kill em to get em there faster”.  Darkly humorous and brutal, the Lord of Order takes readers on a violent gun-slinging wade through a visceral, blood-soaked swamp of human frailty and redemption that pushes the boundaries of definition. 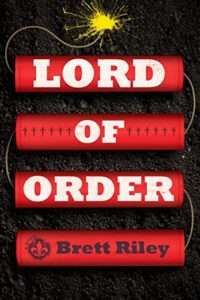 Set in a post-apocalyptic dystopian North America, Lord of Order is part spaghetti western and part thriller, mixed and painted onto a background that resonates with Old Testament sentiment blended with modern realpolitik. Imagine The Magnificent Seven meets Inglourious Basterds, with shades of The Handmaid’s Tale added for good measure.

The Lord of Order is Gabriel Troy, de facto Judge and Sheriff of the Principality of New Orleans, one of a number of Principalities that have been carved into a North America deliberately regressed to the 19th Century by the Bright Crusade after its founder, a messianic sandy-haired Christian demagogue (sound familiar?), used his ascendancy to the U.S Presidency to unleash a devastating biological attack on a disbelieving World.

Some years on, the survivors are kept under a seemingly benign theocracy under the leadership of the Supreme Crusader in Washington. Troy and his deputies spend their days surviving and maintaining order, ruthlessly and mercilessly suppressing any dissent from the heretically subversive ‘Troublers’. All in the name of the common good.

But cracks start to appear and Washington, fearing a loss of faith in the Crusade, decides to make New Orleans the site for a new Purge of biblical proportions. As one of the characters  says, “every suspicion in Washington turns into an accusation, and every accusation becomes truth.”. Troy cannot passively watch his beloved city be destroyed and Lord of Order unfolds into a thrillingly violent, dark and brutal story of conspiracy and insurrection.

Lord of Order is viscerally, pungently, well-written. In parts it is almost cinematic. The physicality of violence is described in brutally frank terms. As a deputy says of the Crusade, “it was much easier to glorify death if you had not tromped through the bone and gristle of it most of your life”. This is not a book for the squeamish.

It is also morally challenging.  On one level it is a simple tale of good versus evil, but a closer reading reveals a richer, complex and more satisfying experience.  Here all the characters are painted in shades of grey and this is a story about navigating the thin line between right and wrong, where good guys do bad things for the right reasons and bad guys believe they are doing good.  Lord of Order searches for a greater good and moral redemption in the most heinous of acts.  In this world the only innocents are the horses and a young orphan girl is the stoniest of stone-cold killers.

Lord of Order is not a perfect book.  But it is a damn good read.  The author has a couple of eccentricities that are frankly irritating at first. The “g” is dropped from many verbs, presumably to impart more of a cowboy vibe, and speech is rendered without quotation so at first it is hard to know who is speaking, or to tell if it is speech and not an internal dialogue we’re being presented with. But you get used to them and, I admit, they work! The grand finale for me worked less well than the tauter, more intimate scenes of action earlier on and I found the end of the book to be slower going compared to the tension and crackle of the rest.

But these are quibbles. Lord of Order is entertainingly good and challenging gunslinger grimdark that well-deserves its four stars. I’ll be searching out the author’s back catalogue whilst awaiting the sequel (I hope) to this – I recommend that you do the same.