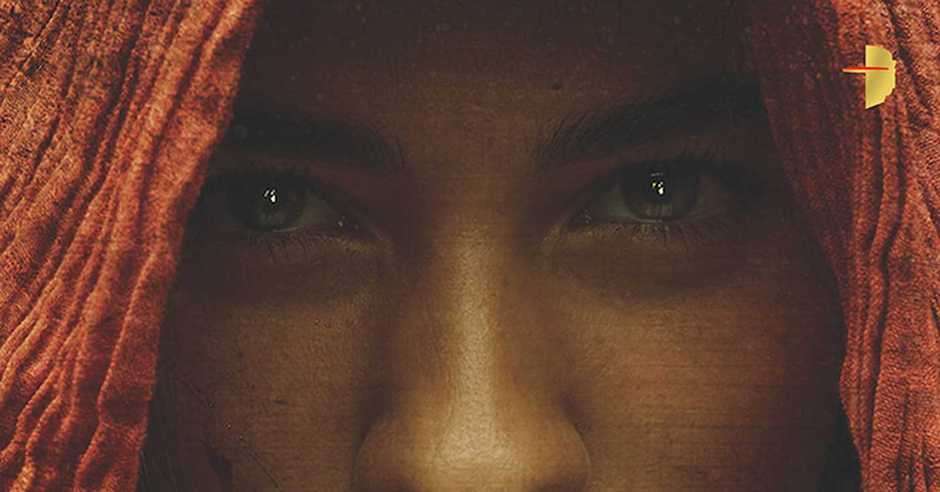 Lost Gods is the debut novel by Micah Yongo. It features a Brotherhood of assassins caught in an ancient and escalating battle between the Sovereignty and the Fellowship of Truths. It is an action packed epic fantasy filled with simple but beautiful imagery and language, diverse characters, African-tinged medievalism, mystery, intrigue, and wisdom that far exceeds the expectations of a debut novel. It is also unabashedly the first in a series, so don’t expect anything even remotely resembling closure at its end, where it seems the story is just beginning. But with its many threaded plots and wide cast of motivated characters, Lost Gods should be right up the alley for lovers of Game of Thrones and Malazan. 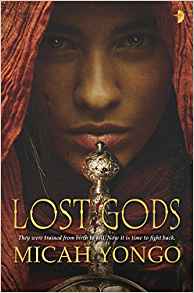 The story follows several characters who barely even meet up by the novel’s end. Nevertheless, their individual threads are interesting and revealing, though shrouded in a mystery they don’t understand. Perhaps foremost among the cast is Neythan, a young assassin of the Brotherhood, presumably in his late teens, who is aided on his quest for truth by a mentor, Caleb. Like all members of the brotherhood, Neythan has knife-fighting, stealth, and acrobatic skills.  Neythan and his fellow assassin, Arianna, are accused of killing their brother assassin, Yannick, and are hunted by the Brotherhood. Two more of their brethren, twin brothers Josef and Daneel are charged with assassinating a local governor, Hassan, though they do not know why. Hassan’s wife, Yasmin, becomes an important thread in the story as she tries to protect their child and figure out, like the reader will, what the hell is going on.  Meanwhile, the young Sharif Sidon, king of the entire region, is about to be wed to the mysterious daughter of an ally he’s never met, which will end the regency of his powerful mother, the Sharifa Clarisse. As if this weren’t enough, the Sharifa’s steward, Elias, is more than he seems and is definitely up to something.  In addition to this main cast are various fantastical elements — Watchers, Elders, hidden ancient magic, and the promise of Beasts – that add a supernatural element to the story.  It’s enough to challenge even the most focused of readers to keep it all together, but much is revealed toward the end to tie these disparate stories together and prepare the reader for volumes to come.

Not only will lovers of plot complexity enjoy Lost Gods, but Yongo imbues the story with delightful sensory and figurative language that sets this novel head and shoulders above more run-of-the-mill storytelling.  When Neythan enters a vortex beneath a waterfall, Yongo writes, “[I]t took a moment for him to realize the ground had become a metallic and silky plane, undulating slowly like a half frozen sea. The ripples seemed to move across both it and the sky as one, as though they were somehow joined, their pulses spreading from some hidden point on the horizon.”  Not only is it a captivating image typical of Yongo’s highly engaging writing, but it also captures the ‘sense of wonder’ that is integral to speculative fiction.  Throughout Lost Gods the sights, sounds, smells, and tactile images are created with style and depth. And Yongo harbors no fear of figurative turn the tongue; he describes a minstrel: “a small bird-boned man with narrow wrists and nimble fingers that danced over the strings like a scrambling crab…” Yongo’s dialogue is equally well wrought, entertaining, witty, and displays a knowledge of fighting and weaponry, here describing a friendly argument between Neythan and Arianna about which assassin is more skilled.

[Arianna begins:] “I’m better than you with the sword.”

“Definitely not. When we began maybe, but we were children. The tale has changed a fair way since then.”

“I ride faster than you.”

“You’re smaller than me.”

“So you’ll take the aid it [size] grants your longbow but not the speed it grants my horse?”

Neythan smiled, shrugged concedingly. He looked back to the bonfire. “I’m still the better cook.”

All of the main characters, and some of the minor ones, carry on equally fun and characteristic banter throughout the novel, which provides effective character differentiation as well as varied entertainment. No, it’s not perfect: There are occasional and thankfully rare moments of lumbering syntax, obvious alliteration, and an info-dump here and there, but overall the language works wonderfully throughout the novel.

Yongo also expertly uses dialogue to carry the thematic content of the novel, presenting thought-provoking questions without slowing the narrative. For example, Neythan believes in the power of the Gods, but Caleb holds a more existentialist worldview, insisting, “There is no order. No great law to it all, no perfect, pleasing way from which things have fallen. There are only men and women, with their greed and their pain and their pleasures . . .” Similarly, Caleb reflects on feeling that most of us here at Grimdark Magazine consider to be part of what we call grimdark: “There is no right. No law. Man is without reason, save for whatever reason serves his belly and that fog, and the desires that lie beneath it.” Nevertheless, the idea of what’s morally right becomes central to another assassin, Daneel, as he finds he must try to account with his intuition versus his duty. Finally, Caleb espouses a view that is common to much great grimdark, especially the six novels of Abercrombie’s First Law ‘trilogy’, when he says, “Vengeance, Neythan. Only vengeance. That is all the world is.”  It’s a remarkable sequence of disparate worldviews, laid plain by simple and deep dialogue. Yongo’s characters likewise discuss loyalty, truth, family, and other emotionally important issues with seriousness and candour while avoiding sappy sentimentalism, making for an enjoyable, meaningful read.

Yes, Lost Gods appears to be the beginning of an epic fantasy, but this should not deter fans of grimdark. There are definitely some important characteristics of grimdark at play here, especially the morally grey quagmire the assassins find themselves in and the no-good-choice decisions they are forced to make, as well as the complicated conflicts that several other characters, especially Yasmin and Sidon, must confront.  It all makes for a fun, engaging, intelligent, and complex read, even if it is only the beginning.  Highly recommended.