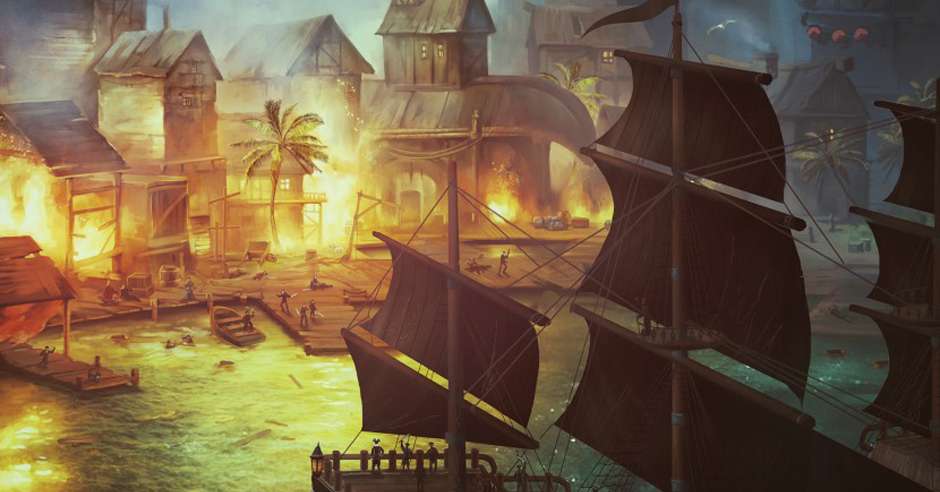 Rob J. Hayes’s Where Loyalties Lie is both a stand-alone series as well as a sequel trilogy to his original The Ties That Bind. You don’t have to read the original trilogy in order to enjoy this novel but I found my experience enriched by knowing its protagonist, Drake Morass, from the final novel of that trilogy, The Price of Faith. Interestingly, and very grimdark, Drake Morass is the protagonist here, whereas he was a minor villain in The Price of Faith. Presently, The Ties That Bind is out of print but, hopefully, it will be returning soon with the author predicting that it will be in June 2017.

In my opinion, Hayes is one of the most underrated grimdark authors out there as his work is quintessential of the genre. His protagonists, with one or two exceptions, are always despicable people with crippling personality flaws. The world he’s created is a Hyborian-Age mix of anachronisms but divided by class as well as constant war (plus demons). The endings to his stories are always bittersweet, at best, with any good accomplished by the heroes being mostly in the contest of getting revenge or keeping things from getting worse. Here, he manages a delicate task in telling a fairly light-hearted story while also making it a thin cover for the horrible situation beneath.

What’s the premise? Drake Morass is one of the world’s most successful pirates. He’s more of the Francis Drake type than Blackbeard, though, with a little Captain Jack Sparrow thrown in as well. Having lost his patron in the Dragon Empress, he has decided to unite the pirates of the South Seas and build a nation (with him as king, of course). There’s just the slightest problem that Drake Morass is known by every single pirate alive as a scheming double-dealer who would sell his own mother into slavery (and probably has). This requires Drake to recruit Keelin, a disgraced nobleman who has delusions of being a gentleman bandit in a world where thieves are violent scum (like everyone else). Things snowball from there with an inquisitor, a pirate princess, a pirate king, pirate hunters, and Keelin’s horrible taste in women.

The first question: is this grimdark? For once, I can say, “Absolutely.” It’s why we’re reviewing it on this page. Drake Morass is a charming sociopath and the book never makes any pretension that he’s anything else. He’s using everyone around him and if he has any redeeming qualities, well, we can just stop here because he doesn’t. He’s very good at looking like he has redeeming qualities, though, so you believe it when people repeatedly fall for his bullshit, even the people who should know better. The few times Drake let’s his mask slip are some of the best moments. Keelin is another good example of a grimdark character even though he fills the ostensible “good guy” role. Our erstwhile Will Turner illustrates how his delusions of nobility are just that, delusions, especially when he ends a relationship with the woman he loves simply because he feels he should have a more “respectable” companion, one who, ironically, is probably just using him to fulfill her own dreams.

Two characters who will probably go down as some of Hayes’s best creations, though, are Elaina and Tanner Black. Elaina is the daughter of the world’s most powerful pirate lord and Drake’s primary opposition for building his new nation. Desperate to please her father and be tough enough to lead in his absence, she has many similarities to Asha Greyjoy. Unfortunately, she also has a dependency on her father which allows her to suffer his worst abuses. There’s one shocking moment where Tanner Black devices a suitable “punishment” for his daughter which rivals the worst of Tywin Lannister’s. Tanner Black, truly, is as monstrous a character as you can probably get while still being believable as an opponent – a figure who is perfectly rational but also committed to using terror and humiliation as his primary tools to keep his people in love.

The world-building is excellent and the characterizations are good. It’s a dark and complicated novel but there’s a lot of energy to it as well. The pirates are all gung-ho about founding their own nation, even though it’s almost certainly a doomed project which is going to get them all killed. Characters have hidden agendas and the politics of the setting are brutally pragmatic. There’s also very little romanticism about what the pirates do. They’re murderers and killers who may adopt the trappings of adventurers but are fundamentally just desperate men trying to survive. There’s a few good historical allusions as well like the real-life Republic of Nassau.

In conclusion, I am dubbing Where Loyalties Lie a “Piratecrombie”-esque work which is a must-buy for those who want to see a grimdark tale on the high seas. Aside from Red Seas Under Red Skies of the Gentleman Bastard series, I can’t think of anything similar.

I rate Where Loyalties Lie 4.5 bloody cutlasses out of 5.