REVIEW: Many are the Dead by Anthony Ryan 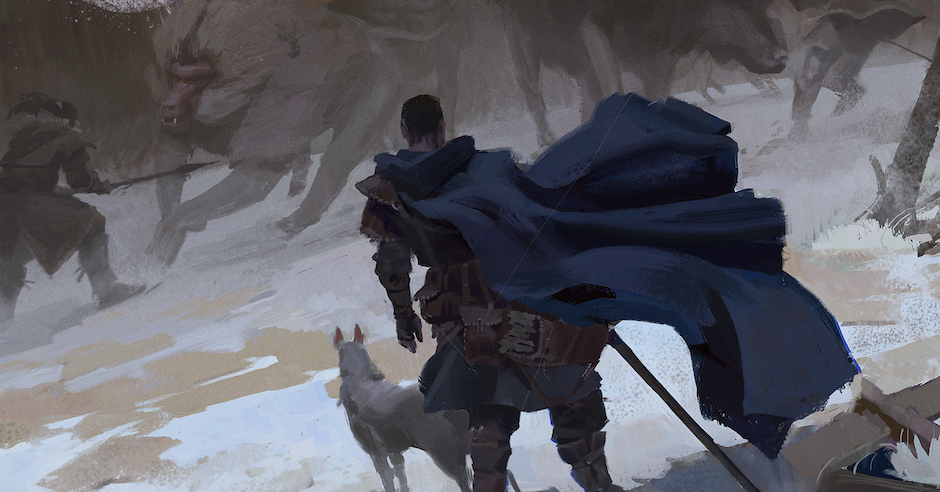 After the Industrial Age adventures of The Draconis Memoria series, Anthony Ryan has returned to the fantasy world of Raven’s Shadow with the novella Many Are the Dead. The book is set 10 years before the events of Blood Song. It features some familiar characters from that book, including Brother Sollis, Sister Elera, and Brother Arlyn, and reveals some of their backstory. 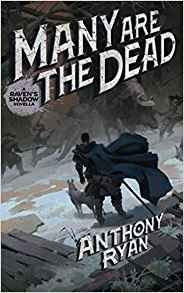 Brother Sollis is stationed at the fort at Skellan Pass, where he commands ranging expeditions. After a brutal fight with the Lonak, Sollis returns to the fort to be given another ranging mission into the heart of Lonak territory. Sister Elera of the Fifth Order is in search of a plant that old documents suggest may be used to treat the virulent plague called the Red Hand. Sollis and a small party must escort Elera to the abandoned ruins of Morvil’s Reach, a small mountain fort, to find and recover this medicinal plant. The expedition discovers an evil greater than anything they had imagined.

There are several main characters, but we mainly follow Brother Sollis, a warrior-monk from the Sixth Order of the Faith. Sollis is sturdy, experienced, and competent. When the mission ranges into hostile territory, Brother Sollis is the man for the job. While he is excellent at combat command, he may not yet have the patience or political acumen for higher levels of leadership in the Order.

Sister Elera is a healer from the Fifth Order of the Faith. She is singularly focused on her mission to find a means to treat the Red Hand. Elera understands the risks involved in their quest, but she deems them necessary when weighed against a larger outbreak of the plague. Elera is no fighter, but she is resilient.

Other characters include Verkehla, shaman to a clan of outcast Lonak, Oskin, brother of the Sixth Order, and Smentil, the mute brother who lost his tongue as a captive of the Lonak. I cannot overlook Red Ears, Brother Oskin’s hunting hound and stalwart companion.

“With a shout the Banished Blades charged to meet them and for a time the courtyard became a chaos of tooth, claw, knife and spear.”

In the Draconis Memoria series, Ryan created a tribute and update to early 20th-century pulp adventure novels. Many Are the Dead does much the same for pulp sword and sorcery stories. There’s a bestial horde ensorcelled by a diabolical mage. The main character is in over his head when it comes to magic, but confronts it head-on with nothing but sharp metal and iron will. Even the long-dead builder of Morvil’s Reach is presented as a pompous Munchausen-esque character. The phrase “a chaos of tooth, claw, knife and spear” evokes Edgar Rice Burroughs and Robert E. Howard at their pulpy best.

Ryan does update and subvert some of those pulp tropes. The fights between the Order and the Lonak seem a lot like the fights between Conan and the Picts; but while Howard portrays the Hyborean Age Picts as brutes and savages, Ryan humanizes the Lonak and lets the reader see the world from their eyes.

The story also contains heavy allusions to the war in Afghanistan. The remote mountainous terrain, the resentment of the local clans for the presence of foreign invaders, the feeling that “the mountains have eyes.” The battle at Morvil’s Reach evokes a picture of a remote Afghan combat outpost being attacked by enemy combatants. To appreciate the Afghan War comparison, I recommend watching the American documentary Restrepo (2010) and the Danish documentary Armadillo (2010).

The story is structured much like those early pulp sword and sorcery tales. It is a straightforward quest adventure that is complicated by a sorcerous adversary and unlikely allies. Ryan uses a third-person limited point-of-view that follows Sollis. This is a single short episode from the lives of the characters. It is a consequential episode for them, but the character arcs are abbreviated compared to the epic Bildungsroman of Blood Song.

Besides the character backstories for Sollis, Elara, and Arlyn, there are several connections to the Raven’s Shadow story. There is a search for a cure to the Red Hand, which makes an appearance in Blood Song. We also see Volarians, one of the Ally’s servants, and even an oblique mention of Vaelin Al Sorna in one blink-and-you-will-miss-it exchange.

This book should appeal to fans looking for a compact adventure in the gritty world of Raven’s Shadow. Those who have read Blood Song will see a lot of familiar elements and be introduced to elements that will play a bigger role in Tower Lord and Queen of Fire. Newcomers to the series may find this a good bite-sized introduction to the world and Ryan’s voice. Fans of old-school sword and sorcery or sword and planet writers such as Robert E. Howard, C. L. Moore, Edgar Rice Burroughs, and Leigh Brackett will also appreciate the tropes he has included.

Many Are the Dead is a good treat to gobble up while we wait for the continuation of Vaelin Al Sona’s story in Ryan’s forthcoming novel The Wolf’s Call, due to be released in summer of 2019.