REVIEW: Marion Lane and the Midnight Murder by T.A. Willberg 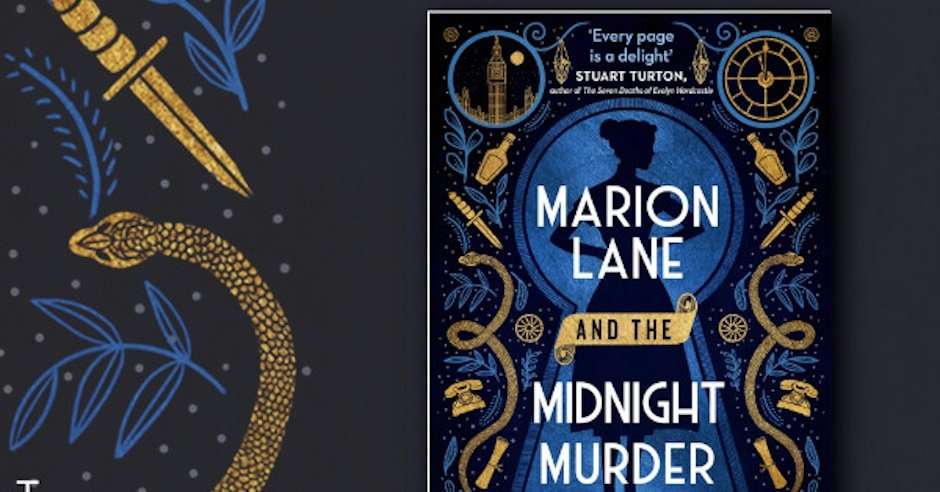 I received a review copy of Marion Lane and the Midnight Murder in exchange for an honest review. Thank you to T.A. Willberg and Trapeze Books for the opportunity and for inviting us to the book’s Blog Tour. Minor spoilers may follow. 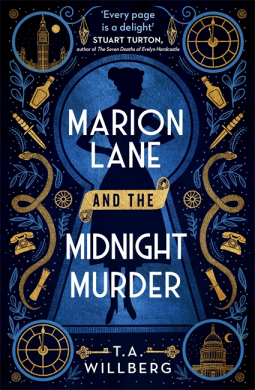 A colleague asked me today what I’d been reading recently and I described Marion Lane and the Midnight Murder to them as follows: Well, you know Harry Potter has a Wizarding School? Marion Lane and the Midnight Murder has an academy for Sherlock Holmes-esque Detectives and Inquirers. It’s set in the 1950s, in London, and there is an underground secret village where they operate from. The entrance of which is a trapdoor in a bookshop. They are extremely secretive, intelligent, ghost-like crime-solvers, who come to the aid of Londoners when nobody else can assist and they even have their own postal service. Near the start of the novel, there is a murder at the academy. So, that person must have been killed by an agency employee. Marion Lane, a first-year apprentice whose point of view perspective we follow, spends the novel trying to figure out who committed the crime and how it could have taken place. Things get a bit more intense when one of her closest acquaintances is accused of the titular Midnight Murder. After probably wishing they had never asked me, my colleague said they liked the sound of it and then went to their next meeting.

I liked the sound of it too when Trapeze was kind enough to approach me. I was intrigued by the book’s premise and Stuart Turton’s cover blurb sealed the deal. I found the UK cover to be striking yet it does give an impression of the novel being YA. That’s okay though as Marion Lane and the Midnight Murder is one of those books that graces the crossover ground of YA and Adult and can be appreciated by both types of readers.

Marion Lane and the Midnight Murder is a quality mystery thriller, which takes place not long after World War II and is mostly set in a subterranean setting. It’s a fun, clever, and intricate read which includes some intriguing engineering and Steampunk elements. Marion is a likable lead and the supporting cast, which includes students, Inquirers, and professors, are varied and entertaining to follow.

T.A. Willberg is a writer with huge potential and a very readable style. I found this was a story that rewarded me for paying extra careful attention to what was happening. There were a lot of great story elements throughout including characters gossiping about events, strangers following others, motives, ambitions, and the internal hierarchy of the academy, complex character histories, mysterious maps, unwalkable pathways, and a mechanical area-guardian.

On reflection, I had a mostly positive time with Marion Lane and the Midnight Murder and I will happily rate this debut as a solid 7/10. Although that’s the case, I’d say that the first 33% was just interesting enough to keep my attention. If I wasn’t on the blog tour I may have DNF’d this and moved on to something else. After the first third of the novel though, happenings get really interesting. This is when somebody is accused of the titular murder and they must be guilty as nobody else entered the room. Or did they? How is that possible? After this point, Marion Lane and the Midnight Murder reminded me of what makes a fine, readable, and memorable mystery novel and why I love the genre.

Read Marion Lane and the Midnight Murder by T.A. Willberg