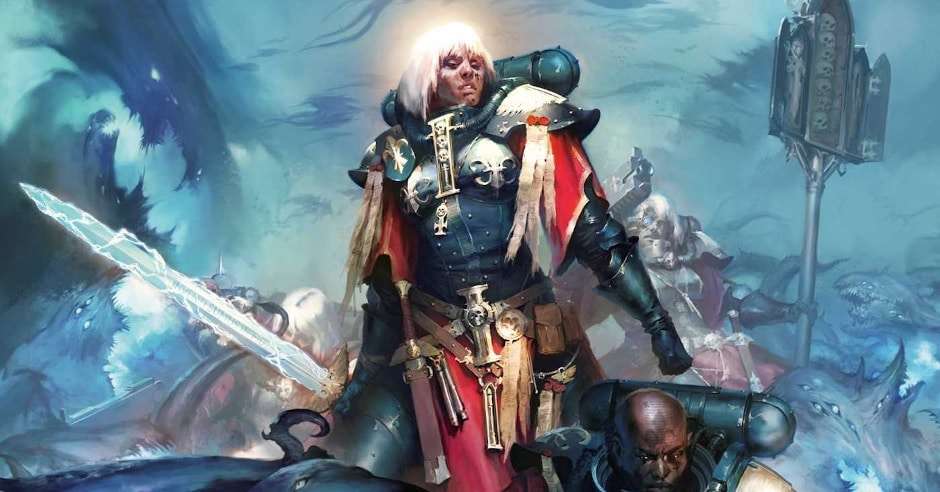 The Sisters of Battle have been getting some much deserved attention from both Games Workshop and Black Library of late and in Mark of Faith, Rachel Harrison does a really good job of personifying their distinctiveness in a universe all too often shown through the eyes of Space Marines. 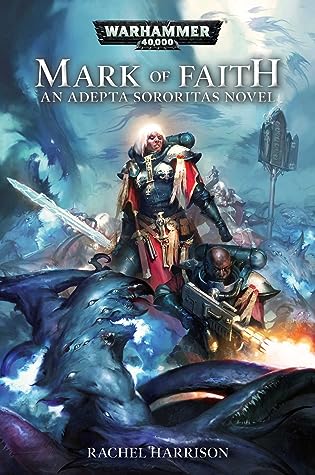 My usual disclaimer for Black Library books comes in here; if you’re not familiar with the Warhammer 40,000 universe and for this book specifically, the up to date setting, then this book might be a tad confusing as it assumes a lot of prior familiarity going in.

Our main character is Sister Evangeline who somehow survives a massacre on Ophelia VII when the Great Rift opens and awakens marked with the Emperor’s Aquilla. Promoted and literally marked for greatness and wracked with guilt and self-doubt, she is charged to find a lost artifact, taking the survivors of her order with her.

Across the galaxy, Inquisitor Ravara also seeks the artifact, believing it to be the conduit to heal the Great Rift, but also for more personal reasons.

Together, they must travel across the Great Rift to fulfil both of their destinies, though warp storms, daemons and heretic astartes stand in their way.

Evangeline is the most fully formed character in Mark of Faith and her piety, bravery and humility shine through. She is placed under incredible pressure and when it would have been easy for her to be too good, too noblebright her doubt acts as a check on the sheer weight of her heroic narrative.

She’s balanced by Ravara, our other point of view character. Ravara is Machiavellian and manipulative. Her aims are mostly good but her methods are dubious and it’s an ever present concern as to whether she will aid or betray Evangeline, knowingly or not.

The prose in Mark of Faith is delightful, making full use of the close first person viewpoint to show the depths of each woman’s thoughts and their very different motivations. It also has the advantage of keeping the reader in the dark, so we share Evangelina and Ravara’s confusion and desperation.

Little touches such as the description of fighting a demon and Evangeline actually singing hymns to the Emperor add so much character and no small amount of horror to Mark of Faith as well.

My one criticism of Mark of Faith is that the main antagonist is largely absent from the story and this makes the final conflict one which feels a tad underwhelming. Of course, the point is that Evangeline and Ravara’s real conflict was within themselves, but a villain who is fully revealed in the last fifth of a book always feels like a speedbump rather than a wall our protagonists may not successfully cross.

Overall, Mark of Faith is a worthy addition to the Black Library, adding depth and character to the Sisters of Battle and some much needed diversity to the setting. Rachel Harrison has crafted compelling characters and evocative settings that should appeal to anyone who’s a fan of the Sororitas, strong, complex female characters and doing battle with eldritch evil from beyond time & space.