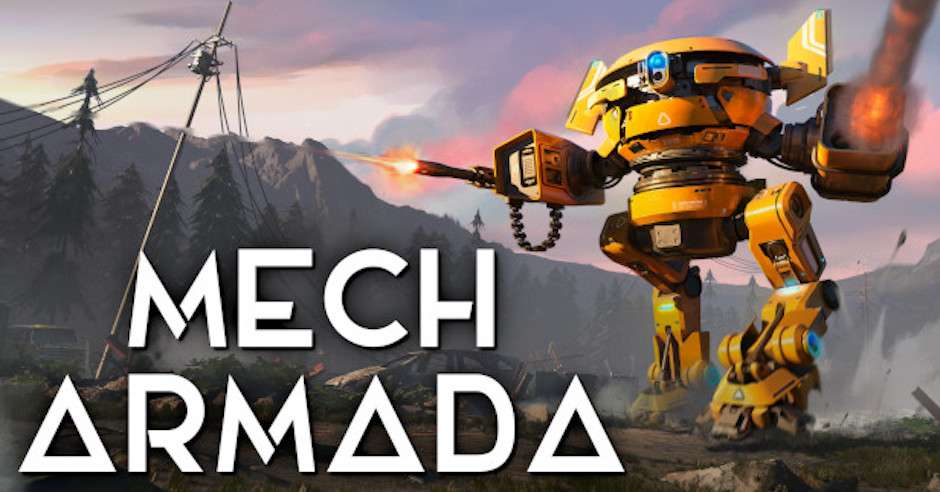 I’ve always appreciated the Early Access program for gaming, even if it has some problems attached to it. Sure, people may not like the idea of paying for an incomplete, in-development product, but I enjoy the process. I’ve previously worked in the gaming industry as a writer as well as a QA tester, so I’ve seen things on both sides of the coin. I get to try games out as they are in progress and offer feedback, and I’ve very rarely been burned by it. It’s always a good idea to do some solid research into the game in question. My tip? Buy the game for what it is now, rather than what might come in the future.

While the stigma for the Early Access program remains, there have been incredible successes in recent years. Satisfactory, Rimworld, Kenshi, Factorio, Kerbal Space Program, and Stardew Valley are just a few, and I’m barely scratching the surface. I wanted to discuss another one that recently left Early Access: Mech Armada. From humble beginnings, it’s rapidly become one of my favorite games. Hopefully, by the end of this, you guys might be willing to try it out!

Launching August 2021 in Early Access, Mech Armada grew strength to strength. In an apocalyptic world where monsters threaten to destroy humanity, you command the last bastion of resistance with help from a weird scientist, building an army of mechs to fight them. It’s a little like Pacific Rim, I suppose. It’s a turn-based roguelike with a torrent of customization. The number of options available to the player is staggering.

I’ve always loved the idea of creating combat units from scratch. There was an amazing RTS game in the 2000s called Impossible Creatures which allowed you to mix combat animals with thousands of combinations, and Mech Armada is the closest game to scratch that itch. There are plenty of mech parts to unlock and swap, and there is so much to dig into it can be overwhelming.

It’s a simple game to look at. The visuals and battlefields aren’t anything special, but they get the job done. I have no complaints, and the interface is solid. I never got confused about what I needed to do. Despite how many options are available, the game can get pretty difficult. I struggled at first, especially with the varied enemies because they really test the player. Got a load of mechs that specialize in long-range combat? The Dodger insects will ruin their day with their immunity to anything that isn’t close combat. There are tons of different enemy types and big boss battles during its significant campaign mode, which provides a lot of content from the beginning. While I admit I’m not particularly good at the game, it’s satisfying to play, and I never got frustrated. 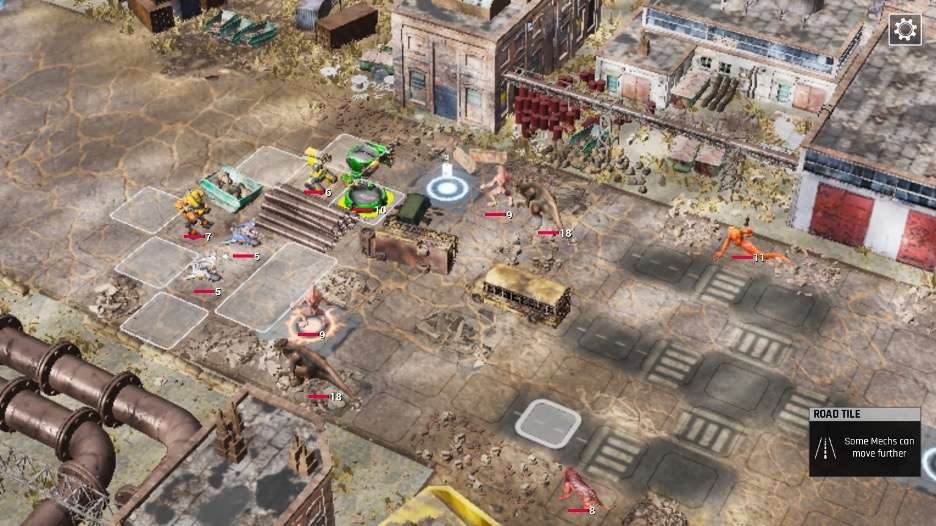 The diverse number of enemy types make for puzzles. Which unit will perform the best?

Over its development, Mech Armada saw several improvements in optimization as well. At launch, the game was a little unstable and I experienced plenty of bugs, crashes, and a high laptop temperature, despite its small graphical footprint. This has mostly been fixed as of the full release, with CPU temps lowered significantly too. This isn’t a game that will push a system very hard, so most systems will run it! There was a game mechanic originally in the game involving a black fog that kills instantly: designed to encourage the player to attack aggressively. While this was good in theory, the small map sizes at launch made this frustrating rather than an additional strategic layer. The launch version has removed this mechanic for the first Act of the game, providing more story to it.

The progression of Mech Armada is always entertaining. Every run will unlock more points, which provide new parts and tools to bring into the game. Building mechs and swapping out different parts will bring plenty of strategy into the game, especially with the free building mode that’s recently available: You can now change your mechs whenever at the cost of energy. Oh yeah, energy siphons are used to build and summon the units. The more they cost, the harder they are to replace. Upgrading parts with machine pieces brings plenty of diversity.

One of my favorite units was a double minigun teleport boat: it did a massive amount of damage on the battlefield, but it was very expensive and couldn’t take a hit. Recent economy upgrades have balanced the game and made it more dynamic. In the past, mech parts were unlimited so it was easy to min-max a group for a campaign, but now, parts have limited uses to encourage a greater diversity of designs. I prefer that. 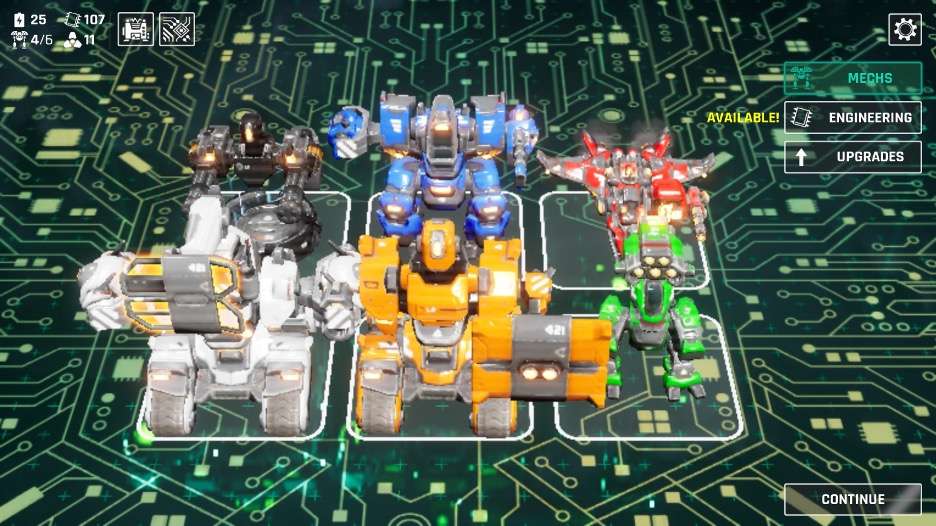