Review: The Mechanical by Ian Tregillis 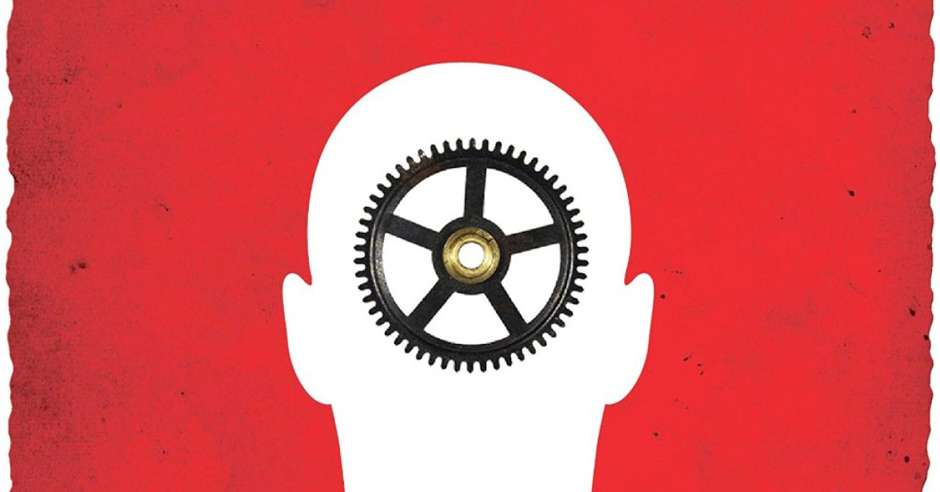 There I was, looking for a break from the usual sword-and-slashery that we all love so much, when I took to Amazon to find my next read. I had just finished reading Sebastien de Castell’s very entertaining Traitor’s Blade, my tenth medieval-style grimdark fantasy novel in row. While browsing, I remembered seeing some high praise for Ian Tregillis on one of the many good Facebook groups covering fantasy and grimdark. In checking out the description for his latest novel, The Mechanical, I saw that it also received accolades from Publisher’s Weekly, Booklist, and Library Journal. So I decided to give it a go. Man oh man, am I glad I did, because it’s pretty fucking brilliant.

The Mechanical takes place in an alternate history in which the Dutch have created a massive, Europe-spanning empire, thanks to the ingenious alchemical work of scientist and mathematician Christiaan Huygens (1629-1695). Huygens’s fantastic discovery has enabled the Dutch to forge an army of nearly indestructible, sentient clockwork soldiers as well as a host of somewhat pricey clockwork servants to suit nearly every need. It is now 1926, and the Dutch’s utter domination of Europe has forced the French monarchy and officials to flee to Marseilles-in the-West, near the St. Lawrence River in the New World. The only thing that keeps the French from complete obliteration is their work with chemical compounds that enable them to hold off the Dutch soldiers just enough to survive. However, a recent discovery in the work of philosopher Baruch Spinoza (1632-1677) might hold the key to turning the tide of the Alchemy Wars.

The story follows three main characters. Berenice Charlotte de Mornay-Périgord is spy chief (Talleyrand) of the French intelligence agency. She is charged with uncovering the heavily guarded secrets of Huygens’s alchemy that gives life and compulsion to the Dutch Clakkers, their sentient soldiers and servants. Luuk Visser is a French Catholic priest and spy working undercover as a pastor in the Dutch capital at The Hague. Visser is entrusted with passing Spinoza’s discovery to French headquarters in the New World and ultimately to Talleyrand. He hopes to use the unwitting mechanical servant Jax to carry the discovery across the ocean to Marseilles-in-the-West. Jax is a Clakker, servant to the Schoonraad banking family who are moving west to the New World. His adventure forms the central thread of the three narratives, which converge when he reaches the New World and discovers what he is carrying. 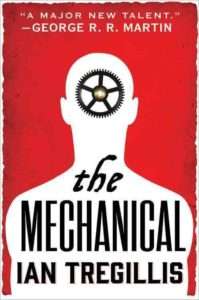 The alternate historical setup and the fantastical lives of the clockwork people form an extremely fascinating and compelling story world, and the main characters, as well as a few secondary characters, have vivid psychological lives. But it is the tense, frightening, and astoundingly imaginative action sequences that drive the story, capturing the reader’s imagination and never letting go. Tregillis takes us riding on an impossible sentient airship, throws us into a battle between a clockwork soldier and three dozen terrified humans, and tosses us around on the giant, blazing mechanical fireball that forms the central apparatus of the forge for bestowing life and geas (orders/obligations) on the Clakkers. The result is the type of mind-blowingly creative tour-de-force that makes The Mechanical stand out from the crowded field of speculative fiction novels.

As if that weren’t enough, questions of self-knowledge and, most of all, free will run throughout the story, imbuing it with thought-provoking thematic substance. Are machines capable of self-knowledge? Can freewill be taken from a presumably free human being? Where does freewill lie—in the body? the mind? the soul?  What constitutes free will and can it exist in a pre-programmed being? Tregillis presents these questions and more throughout the story, occasionally touching on the philosophy of Descartes and others. Best of all, he does so without interfering with the story. Although I consider myself well read, the depth of philosophical questioning threaded through The Mechanical is decidedly over my head. Nevertheless, I found the theme extremely compelling as it is situated in the story and in the internal and external conflicts of its characters. Readers can choose to stop and contemplate or merely consider the theme with regard to how it affects and motivates the characters.

You’re probably thinking I’ve already gushed over The Mechanical enough for one review, but I would be remiss if I did not mention Tregillis’s beautifully literary use of language throughout the novel. His descriptions of settings, action, and character, combined with his astute implementation of theme, qualify this novel (in the mind of this over-educated, literature-geek reviewer) as a work of contemporary literature of the kind rarely found in genre fiction. Early in the novel he describes the execution of a cadre of French spies: ‘Next up the stairs—and wheezing like a bullet-riddled accordion—came Minister General Hendriks…’ When Pastor Visser accidentally spills some poison, ‘The deadly crystals pattered like sleet into the hidden ambry. They tinkled across the finely feathered gold inlay etched into the pyx, dusted the filigree of the tabernacle, skittered along the shallow curve of the paten, and settled like dandruff upon the yellowing linen corporal.’ The imagery Tregillis creates through his precise and deeply considered language draws the reader into the very fabric of the story world.

That’s all fine, right? But where’s the fighting? The blood? The morally grimdark? Do not worry: It is here. The alternative world of 1926 is dark and brutal, crude and decadent. Of the main characters, only the Clakker, ironically, is human enough