REVIEW: Meet Me in the Future by Kameron Hurley 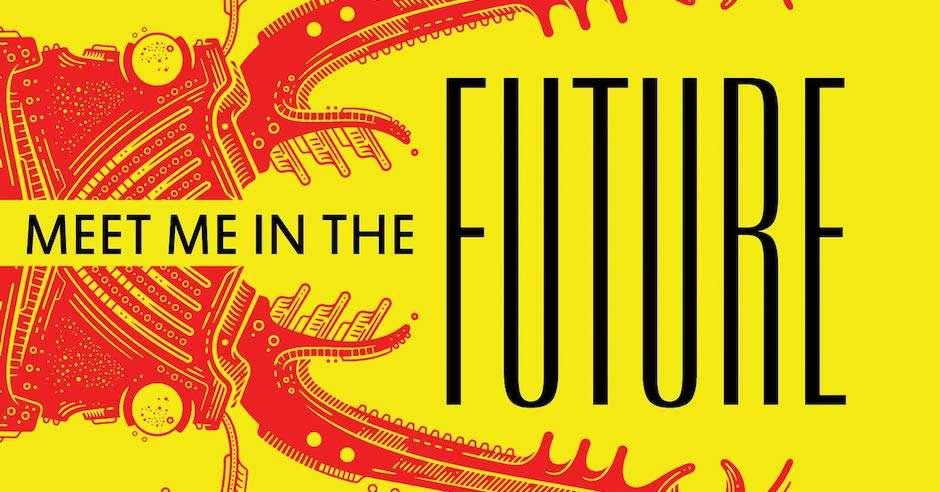 Meet Me in the Future is the upcoming short story collection from Hugo and Locus award winner, Kameron Hurley (The Light Brigade, The Stars are Legion, God’s War, Mirror Empire, etc). It contains sixteen stories, previously published in various publications as far back as 2006, including a couple that take place in worlds that will be familiar to her devoted readers. It’s a heady mixture of weird, futuristic science fiction that’s sure to please her fans and should earn her some new ones, too.  Full disclosure: I’ve only read a couple of her books – The Stars are Legion, God’s War, and Apocalypse Nyx – but I am somewhat of a fanboy. Apocalypse Nyx was my favorite book of 2018. However, this collection seems not to rest on her significant laurels.  I found each story to be very well written, deeply emotional, and shockingly original. As expected, the stories are mostly gender transgressive and gay, which I no longer find of central importance to her work, like I did when I first read The Stars are Legion. Meet Me in the Future is just good stories well told. In fact, there’s so much goodness here, I’m having trouble deciding where to begin. 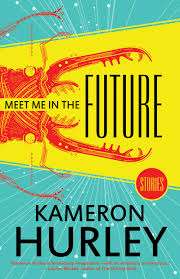 Two of my favorite stories in the collection involve investigation plots, detective-style stories. In “Garda,” a private detective, Abijah, investigates the murder of a boy whose corpse lies beached on the glass sand shore of river used for industrial purposes. Abijah is a former garda, police detective, who is a recovering drug addict and is in the middle of a divorce in which her two spouses have decided they’d be better off without her. As always in Hurley’s fiction, the characters and situations come from depths of her incredibly creative mind. However, not only is Abijah a delightfully complex and flawed character, but the story demonstrates Hurley’s masterful control of a complex plot. The story reminds me of the best of Edgar Allen Poe (and probably Sherlock Holmes if I’d read more of those). Clue after clue and twist after twist shock the reader until the highly unpredictable ending. It’s a gripping tale.

Similarly, in “The Sinners and the Sea,” a young apprentice Guardian boy, Arret, goes on a hunt to find the source of a relic of forbidden technology. This story takes place in a strange and beautiful setting, a city of small islands floating in the sky above the drowned land below. The chosen live in the sky and the sinners have been drowned by the floods below. Guardians protect the island dwellers from technology of the past, which is usually dug up from the flooded sea below and is inherently sinful. Arret accidentally forgets to hand over a piece of technology he found to the Grunts, so he is basically “fucked” and expects to be thrown off the islands into the sea, the punishment for sinners. While weighing how he can possibly get himself out of this quandary, he sets of to find out where the relic came from, which inevitably brings him down to the sea below, where he finds out a deadly truth he was not looking for. It is a beautiful story, the ending of which reminded me a little of the “epiphany” stories in James Joyce’s Dubliners, and the beginning of which reminded me a little of Jeff Vandermeer’s brilliant novella Dradin, In Love from his City of Saints and Madmen collection. If I’m not mistaken Hurley and Vandermeer are friends or at least associates.

Two of the stories in the collection, “Elephants and Corpses” and “The Fisherman and the Pig,” involve the body mercenary Nev, who keeps himself alive by rapidly switching his ‘self’ to another body just before he dies. The stories are well done and very complex, though the concept does require some willing suspension of disbelief at first. Nevertheless, “The Fisherman and the Pig,” is an extremely touching story in which Nev must switch bodies from that of an old fisherman to a much bigger stronger man, but his beloved pet pig has fallen in love with the old man’s body. Nev must try to convince the pig that the big, strong man is still himself. Aside from being an exploration of René Descartes’s mind-body problem, it is also a tense and emotionally engaging story.

If I had to pick a personal favorite story in the collection, it might be “When We Fall,” another beautiful romance about an organic spaceship mechanic (if you’ve read The Stars are Legion, you’ll remember organic spaceships) who falls in love with a warship’s avatar. The story starts with a frightening accident at the space station, in which the main character, Aisha, is trapped between two collided spaceships. Hurley beautifully creates Aisha’s tense, claustrophobic, and extremely painful predicament.  A woman comes to help keep Aisha calm while she waits for rescue, and Aisha falls in love with her. When Aisha recovers from her injuries and leaves the hospital, the woman is gone, and Aisha is determined to find her. Like the other stories in the collection, “When We Fall” is dazzling in its science fiction ingenuity and creativity, but the beauty of the story is in its emotional intensity.

The only story I did not enjoy in the collection is “The Plague Givers.” The story itself is Hurley’s usual genius, but in this story the narrator insists on using the pronoun “per” to mean “he/she and his/her” for a non-gendered character. This kept knocking me out of the emotional and entertainment content of the story, which is probably deliberate. This is a postmodern technique that forces the reader to stop and intellectualize the story characters and events as opposed to just getting enjoyably lost in them. In this case the reader is forced to think, “this person has no gender,” every time this textual hurdle comes up, and I’m not sure it even matters. Readers who think gender issues are paramount, however, might enjoy it as much as I disliked it.

Other than that, this a fantastic collection. Fans of Hurley will enjoy revisiting the world of Bel Dame Apocrypha in the terrifying “The Women of Our Occupation” and will get a sneak peak at the world of her latest novel, The Light Brigade, in a short story of the same name. Readers should enjoy the truly astounding “Warped Passages,” in which an entire legion of a generation ships fleeing their destroyed planet is trapped in mid-space by a living “anomaly,” and the tense hostage standoff drama in “The Red Secretary.”

And there is much, much more.