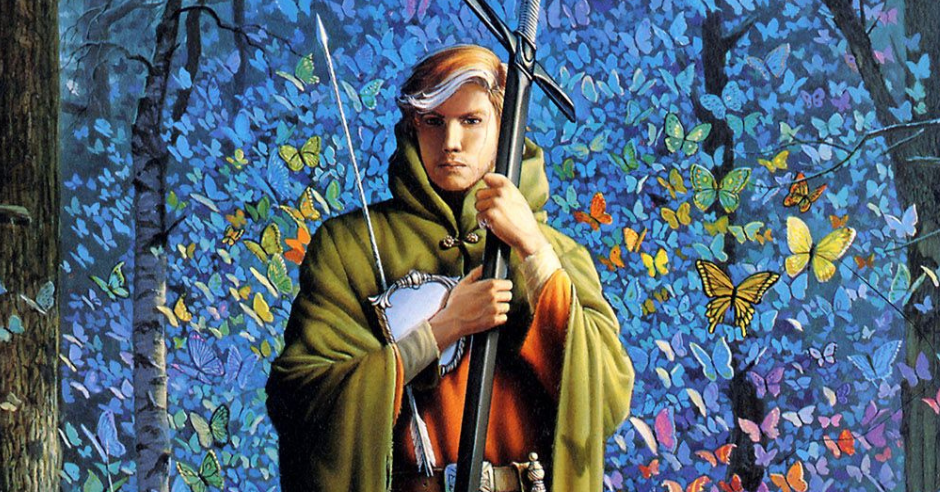 Memory, Sorrow, and Thorn by Tad Williams is the single best Tolkien-style fantasy not written by Tolkien. It was a huge inspiration to George R.R. Martin’s A Song of Ice and Fire series, as well as Patrick Rothfuss’s Kingkiller Chronicles. The final book of the trilogy, To Green Angel Tower, is even on a list of the longest novels ever written, so huge it had to be split into two 800+ page paperbacks. 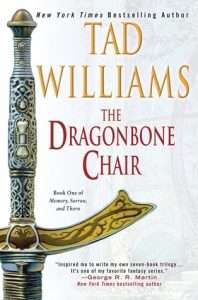 If The Lord of the Rings was the foundation of epic fantasy, Memory, Sorrow, and Thorn was its capstone. It was the perfect distillation of all of the tropes that had built themselves up around epic fantasy. The low-born kitchen boy who’s destined for great things, the princess who disguises herself as a boy and a commoner, the kindly old wizard, the pacts with dark forces beyond humanity’s comprehension—they’re all there, but they never feel false. They’re the platonic ideal of these tropes.

The plot is straightforward. Simon, an orphan who lives in the castle, ostensibly helping out in the kitchens but more often sneaking away for some light mischief or laziness, discovers the king’s brother, Josua, is held captive in the dungeon. The rescue goes well, but the discovery of the rescue does not, and Simon is forced to flee into the wilderness alone.

Without going too much into detail, it will suffice to say that he goes to distant lands, spends a lot of time with both nobility and non-human company, and learns about an ancient text and prophesy that will shape the conflict.

War spills out, pitting King Elias against his brother Josua, and that mirrors the familial if ancient strife between the Sithi and the Norns, who are the ageless and mystical elves and dark elves, respectively, of this setting. 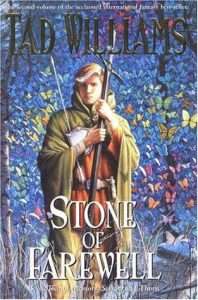 All of this was quite standard fare for the time period. So why did this one work so well? The characters are strong and engaging and always human. Simon has a very realistic, slow character arc. There is no single thing that happens to him that changes him, but an endless supply of events that shift him from being a ‘mooncalf’ to being a hero. Even near the end you still see flashes of early Simon’s attitude, which the more mature Simon quickly stamps down on. Prince Josua is a reluctant leader, and one who clearly dislikes the role and only seems willing to do it as his brother is becoming more erratic. Miriamele, Isgrimnur, and Binabik all have lives and desires that are being changed due to the war. Even the side characters seem fleshed out and real. Cadrach is the most famous of these, a self-loathing priest who was originally supposed to be a quick one-off character who became integral to the plot.

Moreover, the setting of Memory, Sorrow, and Thorn feels real. A common complaint is that little happens in the opening sequence of The Dragonbone Chair. All of that is scene-setting, and giving the reader an understanding of how the world works, and invests us in the setting.

The setting is a standard medieval one, but one that goes both deep and wide. The map is large enough to host everything from icy mountains to deep, huge forests to swamps, and the journey between them feels as if it takes time. Williams’ description of each of these is crisp and evocative. 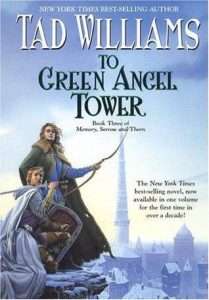