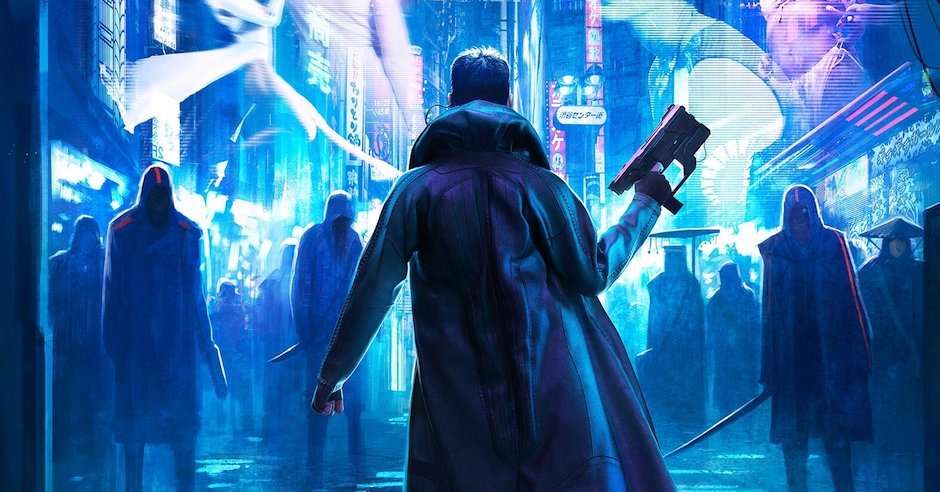 Mindfracked by M.R. Forbes is another fantastic indie cyberpunk novel that I am pleased to share with our audience. I was a huge fan of the Altered Carbon Netflix series as well as the original book trilogy by Richard K. Morgan. However, I felt the subject of bodyswapping was something that could have used a bit more attention. I also admit to wishing we’d seen more of Takashi Kovacs as an Envoy for the U.N. than as a freelance merc. While having his own spin on the subject, M.R. Forbes delves deeply into science fiction thriller territory. 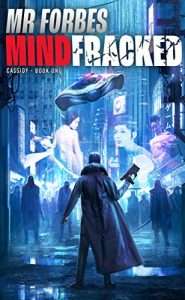 The premise is that there is an organization in the future called UNITY that employs specialized mercenaries called Shades. Shades are AI scans of human brains that are uploaded into new bodies in order to possess them. They serve fifty missions and then are released back into their original cryogenically frozen body. Theoretically. Cassidy is on his 48th mission at the start of the book and soon on his 49th with hopes of retirement. Unfortunately, things are clearly a lot more complicated than they thought.

Cassidy is an interesting character that I very much enjoyed getting into the headspace of. He’s a ruthless and pragmatic man without much loyalty to his employers. He believes they’re the lesser evil but he’s here because the government provides a steady paycheck to his family. A family that he hasn’t seen in decades because of the fact that he doesn’t have a civilian life between missions.

Mindfracked is a dark and edgy thriller as Cassidy goes from body to body, struggling to figure out the various angles being played around him. The book has a very high body-count and benefits from the fact people you would normally think would be safe are killed regularly. I like this as it helps establish the grim and gritty nature of the world. This is a dark, hard, R-rated cyberpunk and that is just the way I like it.

The world is a dark one where the technology of humanity has evolved greatly but the human race is in even more dire straights than it was in our century. The environment has completely collapsed, poverty is everywhere, and human life is exceptionally cheap. It also doesn’t take much to note that the Shades are the enforcement arm of an extremely corrupt fascist state. In short, it is is properly dystopian and if you like that sort of thing than this is the book for you.

The book does have one flaw and that’s attempting to paint one group at the start of the story as misunderstood heroes rather than monstrous villains. This falls flat and doesn’t make any sense since they start with several atrocities and proceed to run over the moral event horizon from there. This is a small flaw in an otherwise excellent book, though.

This is a solid and entertaining indie novel that I think fans of the genre should pick up. It’s available on Kindle Unlimited so the price is right as well. I will state that I recommend those who like audiobooks to pick up the Jeffrey Kafer version. It’s an absolute blast and his voice acting really adds to the experience.