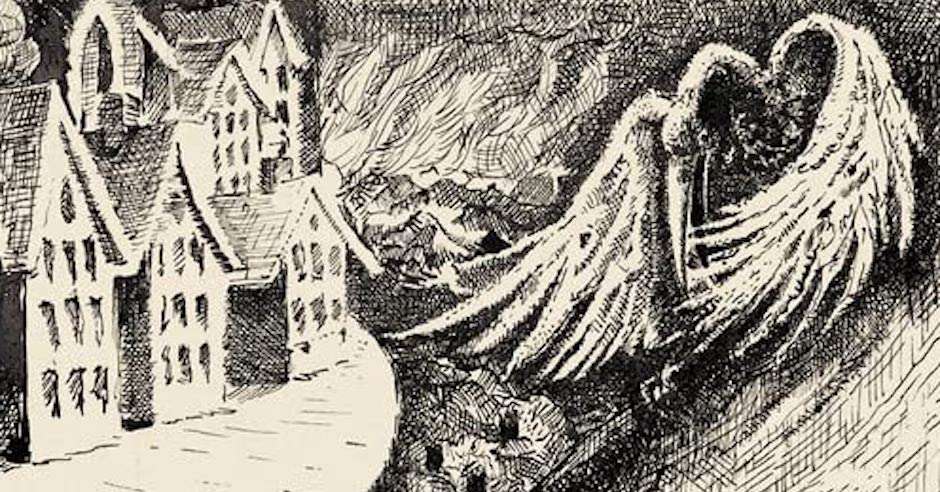 Mordew is the first instalment of the new Cities of the Weft trilogy from author and academic Alex Pheby. In Mordew, he has created a unique and disturbing world that I think will greatly appeal to fans of the grimdark genre. Its second instalment, Malarkoi, is due out in August 2022 and both are published by the independent house Galley Beggar Press. I switched between reading the novel and listening to the audio book, which has a fabulous narrator in the form of Kobna Holdbrook-Smith. 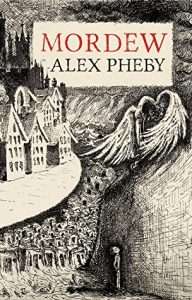 Mordew is a richly detailed, but unflinchingly dark narrative. Even though the protagonist, Nathan Treeves, is still a boy, there is no innocence to be found in its pages. Nathan makes for a unique grimdark character in that his naiveté and childish wishes form a huge part of his decision-making process. Nathan is not the sort of morally grey scheming antihero that one may expect in a grimdark novel as he lacks the understanding to see the significance of his actions. A recurring theme of Mordew is the concept of good and evil; though Nathan tries to do something good, the unintended consequences are often horrifying, and Nathan seems more like an unreliable hero than a deliberately malevolent character. I enjoyed the delicious weirdness of this novel, but at times it was a difficult read simply because of how unnerving it is. There is a wealth of extra detail provided by Pheby in the forms of the dramatis personae at the beginning of the novel and the glossary at the close. I would however agree with the author’s note that as the glossary gives details that the novel’s protagonist is unaware of, it is best left until narrative has been read in its entirety.

Much of Mordew takes place in the slums of the city around Nathan’s increasingly desperate attempts to eke out a living scavenging through the Living Mud which surrounds Mordew and raise enough money to eat and buy medication for his dying father.  It is this desperation that eventually forces Nathan to meet the mysterious Master of Mordew and the discovery of the true nature of Nathan’s ability to ‘spark’. The reader knows from the synopsis on the cover of the novel that the Master derives his power from feeding on the corpse of God, hidden deep in the catacombs underneath the city. Nathan’s spark however is different and if he can learn to control his power he may be stronger than the Master and able to orchestrate his downfall. The Master is not a benevolent leader and the mere presence of such poverty and desolation that the reader is greeted with in Mordew made me automatically dislike and mistrust him. However the extent of the depravity of the Master of Mordew, and the other Masters of the Weft, is something we learn about at the same pace as Nathan. The childlike hopefulness that Nathan has, even in such a slimy and shadowy setting, is eroded as the novel progresses and the reader feels every loss and unexpected betrayal with him.

There are some traditional fantasy tropes at work in Mordew with a special boy, with special powers, overcoming adversity, coming of age, and a distant and mysterious ruler puppeteering everyone from afar, but they all mesh together in a weird and wonderful way. It is a dreary gothic setting for the most part that reminded me at times of Mervyn Peake’s Gormenghast in that it is such an unusual brand of magic I was not surprised by any of the peculiar things that popped up. I was however deeply disturbed by some of them and although Mordew is a beautifully written novel it is not at all comforting. There are also some similarities to The Lies of Locke Lamora by Scott Lynch with the juvenile gang of Gam, Prissy, and Joes. I wish the criminal underbelly aspect of the city had been explored in greater detail.

The opening of Mordew is utterly immersive and I applaud Pheby for the creation of such an eerie world without losing the reader. I found the novel midsection hard work though; it required my full attention and I plodded to the end rather than raced. I hope that this was laying the foundations for the Weft and will not be as challenging in later books. The effort is well worth it though, perseverance is rewarded with an astounding climax and the cliff hanger that Mordew ends with has guaranteed I will return to continue this journey with Malarkoi. Mordew is a fascinating concept and a truly ambitious fantasy. It is not an easy or quick read, but it is worth investing the time and effort to unpick its challenging and complex nature.