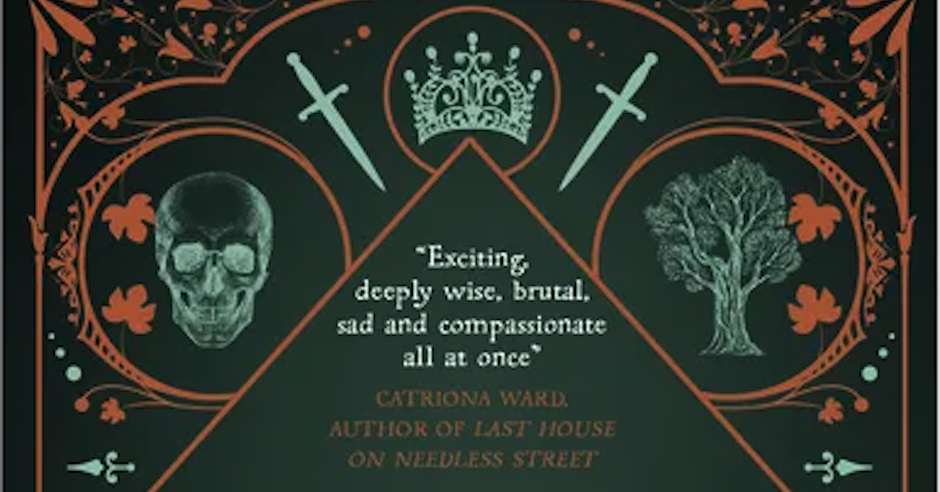 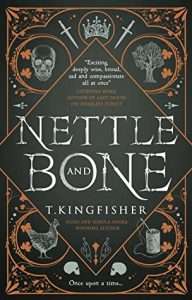 Before I begin my review, I would like to provide a content warning to readers – this novel contains depictions of abusive relationships and references to miscarriage. These events are important to the plot and dealt with sensitively by T. Kingfisher. They are not described in graphic or explicit detail.

Nettle and Bone is a gorgeously written dark fantasy. It is not a retelling of a typical fairy tale, but there are clear fairy tale traits such as the godmother, the prince and the near impossible heroic quest. Even though Kingfisher is dealing with some very dark themes she does so in a delicate and charming way. It is a witty and darkly humorous story and I loved that Kingfisher is focussing on the characters who are usually bit parts in the fairy tale genre. Nettle and Bone is a really enjoyable well-paced read and I think fans of Christina Henry, Alexis Henderson, or Alix E. Harrow would find it a wonderful addition to their book shelves.

The main character of Nettle and Bone is Marra, a thirty year old minor royal of a minor royal house. Marra has spent much of her life quietly secluded in a convent far away from the machinations of mainstream royal life and admits she is more of a nun than a princess. It takes her many years to realise that her sisters were (or are still) trapped in violent and loveless marriages to an abusive prince, so shy and reserved Marra vows to kill him to protect her family. She just does not have any idea how she is going to be able to succeed in that task. Nettle and Bone’s opening chapter shows Marra digging through a charnel pit with her bare and bleeding hands to gather bones to thread together with wire and build a bone dog. This opening is delightful and creepy in equal measures and Marra is such a likeable protagonist that I was instantly emotionally invested in her and because of this, her quest. Although as a fairy tale there are some expected tropes used, Kingfisher has created a stunning puzzle of an original story. A reader might recognise certain pieces but how they fit together and what the finished creation will look like is a mystery, which makes Nettle and Bone an exceptionally good read.

Kingfisher’s ensemble cast at first glance looks like a rag tag bunch of misfits. It has naïve Marra, along with a grumpy dust witch, a ditzy godmother, a diplomatic former knight, and the animal sidekicks of Bonedog, a cursed chick, and a demon possessed chicken. They are heart-warmingly well written and their journey is very detailed and well developed given that the novel is only just over three hundred pages. It is extraordinarily impressive that Kingfisher has navigated a dark and troubling world in such a skilled and nuanced manner. She has created in Nettle and Bone a twisted mix of morbid horror and sweet delight which somehow works unexpectedly well. How a story inspired by the ickier side to fairy stories (which Kingfisher explores in her author’s note at the end of the novel) can leave a reader with such warm fuzzy feelings at the end is an impressive feat. I am so disappointed that Nettle and Bone is a standalone piece and I really hope that T. Kingfisher choses to return to this world, if not these characters, because there is scope for so much more and I for one would love to read it.