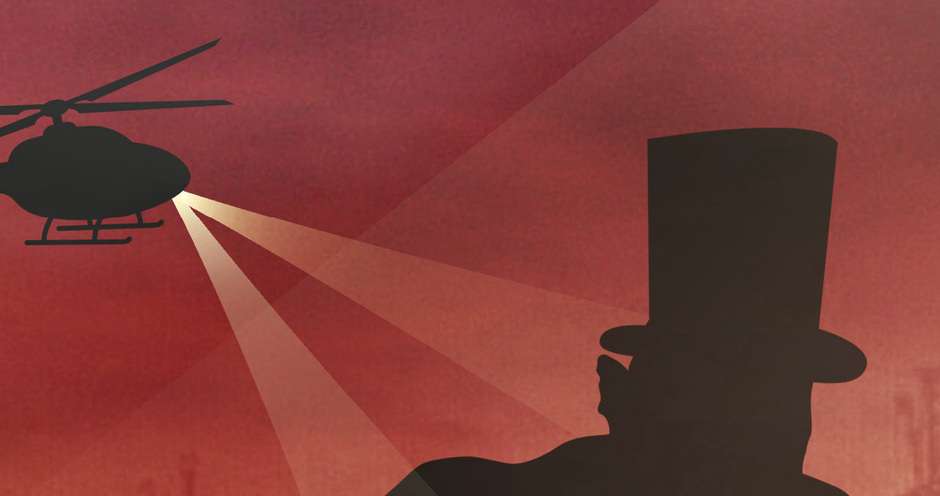 In his new novella, Ogres, Adrian Tchaikovsky explores the oppression of humans by savage ogres. Lacking the emotional capacity, size, and strength of their masters, humans are subjected to a life of fear and pain for generations. One human choice in the heat of the moment will lay the road toward the most important question of all: why? 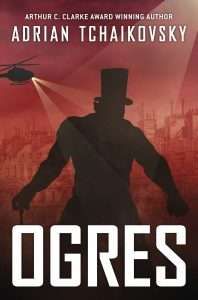 Aptly named, Ogres demonstrates a reimagined history of the world. For as long as anyone can remember, ogres have ruled over society and cultivated a natural order of things. Hailed as saviors of the world, these Landlords oversee and control the production, government, and every aspect of power, leaving the humans to be cowed and bent to their will. During a Landlord visit to one of their subjugated villages, things reach a boiling point between the human headman’s son, Torquell, and the Landlord’s son, Gerald, spiraling everyone down a path of secrets, truth, and justice.

Ogres is classically Tchaikovsky with its interwoven complex themes, but also departs from his previous works into something more naturally dark and raw. From the story’s inception, the tone and atmosphere blatantly display the unforgiving nature of the world, specifically in regard to societal class and race. His execution with balancing the tone and atmosphere to interlay the themes is masterfully crafted and acts as one of the strengths of the novella. These concepts are threaded from beginning to end, filtering down into the side characters and seemingly insignificant actions.

Where some readers might need time to adjust to Ogres is with the second-person point-of-view. Used scarcely in the genre, the informal usage of “you” could invest the reader more closely to the story elements or act as a hindrance. This narrative choice adds to Tchaikovsky’s unique storytelling ability, casting the characters, setting, and thematic elements into a different light. Grimdark fans will appreciate his use of violence, difficult choices, and the bleak setting to advance his characters’ agency as things unfold in unexpected ways.

Although just over 100 pages, Ogres makes the most of its length. Filled with relatable ideas and quips of foreshadowing, the narrative wills a sense of foreboding that will compel you to keep turning the page. Tchaikovsky parallels his own story with his description choices, often times leaving the specifics to the imagination: “At no time do any of those characters step from the page to tell you what happened, but somehow the writer does.” However, the largest takeaway from the novella involves the quest for knowledge. While there might not be bad questions, there are right ones, especially when freedom is involved.
Thank you to Solaris for sending me an ARC of Ogres to review.