REVIEW: One Day All This Will Be Yours by Adrian Tchaikovsky 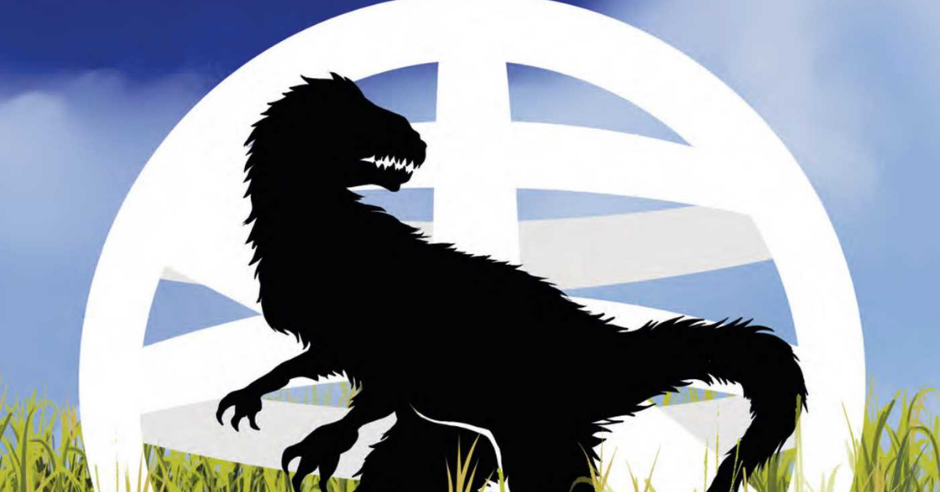 One Day All This Will Be Yours, Adrian Tchaikovsky’s newest novella releasing in early 2021, is a brilliant and witty time-channel take on what happens when you are the only one left, and you damn well want to keep it that way. 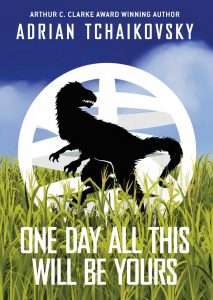 Our titular narrator wakes up from his calm and untroubled clumber. He peers out onto his estate; there isn’t a cloud in the sky. And, even if there was one, a little rain is good. Bring on the rain for us farmer types, he thinks. It is a beautiful day because everything and all days are gorgeous, forever and ever amen. This beauty was hard fought for in a winner take all fight over the future, past, and every branch of possibility spread out forever—the casualty war. A war waged by many who could not remember why they were fighting. The past had been expunged, and the future was a fractured mess.

The narrator, the last soldier of the causality war, and his cohorts fractured, and dismantled time itself. If you don’t like the current path this government is on? Go back and sew discord 200 years ago so that that government won’t come into existence. Don’t like that Einstein helped develop the Manhattan project, go back in time and scare him so badly about what his ideas wrought that he destroys everything around his energy formula. It takes the philosophical question of, “would you go back in time to kill Hitler as a baby” to a whole new level. The list goes on and on. So much so that there isn’t much left after time has been tinkered with so much. Just pockets of reality that disintegrate in the blink of an eye when they reach a critical moment. It is as if many malicious time lords from “Doctor Who” were warring with each other and had no scruples.

How do we get to the point of a bright sunny day on a perfect farm? Well, if I told you that it would spoil the fun, and in the words of River Song from “Doctor Who,” “Spoilers!” However, know that it involves an Allosaur named Miffly, poison (occasionally), a couple of statues, and a sarcastic bastard of a soldier, or he just might be lonely. It’s hard to tell.

This soldier narrator has an excellent reason to act the way he acts and do the things he does without compunction. In his saving the future and living it up as best as possible, he faces something that challenges everything. That is the exciting part.

One Day All This Will Be Yours is another brilliant science fiction novella in the sea of Tchaikovsky’s deep and brilliant catalog. Tchaikovsky has proven in the last decade or so that he is a man who can write anything. Such as science fiction, as seen in his Children of Time series, where he eventually became known as the “spider guy.” Walking in Aldebaran, where he smashes horror and science fiction, creating an existential take on madness. Or his huge epic Shadows of Apt series. A sprawling and immense epic story involving beings known as Kinden. You would be hard-pressed to find a story by Tchaikovsky that is not a great read. One Day This Will Be Yours, which takes the time-travel-gone-crazy trope and turns it on its ear, is another excellent read to add to his catalog.

Pacing and world-building wise, Tchaikovsky understands the fundamentals needed for a tight and gripping novella. Unlike regular novel lengthed stories, novellas have a stricter economy of words. You only get so many words to work with to create world-building, dialog, and character arc. It is the same constraint that short story writers deal with but to a more extreme extent. Some writers are good at this “dialed in” type of writing style, while other writers are very good at it. I would put Tchaikovsky in the latter group. I have read three of his novellas/short novels recently, and not in a single place did I ache for some part of story creation that was lacking. Readers loathe to branch out into novella/short novels and short story length stories because some writers struggle to pare their ideas down to the minimum word count with the maximum effect.

This problem isn’t the case in One Day All This Will Be Yours.

The humor is w