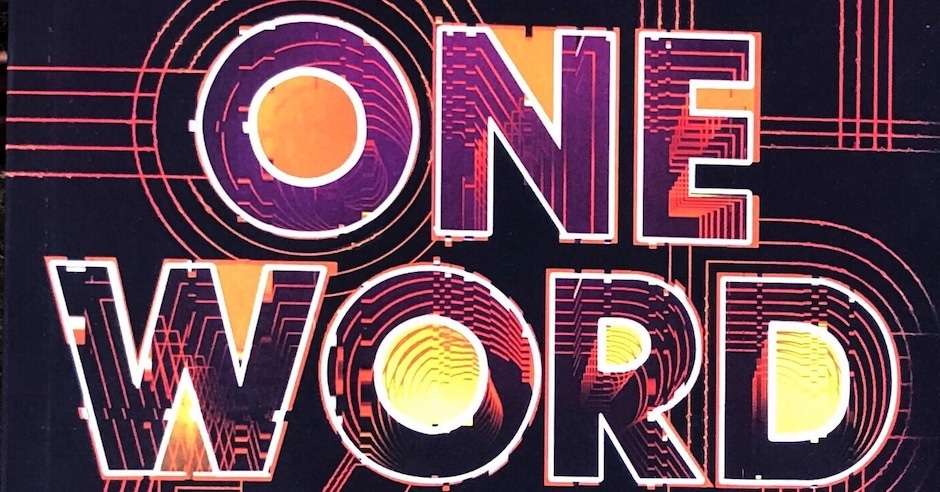 Though I often read more than one book at a time, I generally keep to a rule that I have for myself which prevents me from reading multiple books by the same author. With One Word Kill, I made an exception. My current audiobook is Holy Sister, also by Mark Lawrence, but since it is such a different genre and setting, I didn’t think it would be a problem. I was correct, as the only thing that carried over into this book was Lawrence’s great storytelling. 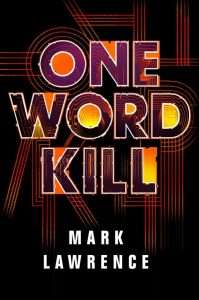 Nick is a teenager that just wants to get through school and get to the weekends when he can enjoy the D&D (Dungeons and Dragons) sessions he has with a small group of friends. He might even be interested in kissing a girl, but that comes later. At the beginning of our story, Nick has learned that he has leukemia, and the prognosis isn’t that great. Talk about a chilling way to end the first paragraph of the novel:

“As unwilling to speculate as he was, I think even Dr. Parsons would have assured me that the cancer would give me the next four weeks. But as it turned out, I would die even before February got into its stride.”

Wow! Right there Lawrence hooks and scares his readers from the first. But of course, we want to know what happened next, and how Nick is narrating this story.

Before long, we’re getting right into the meat of the game, which has a storyline with parallels to what happens to the group in the real world. We soon learn the significance of the book’s title and see how it relates to both the game and the struggles that our characters face through the course of learning of Nick’s cancer and dealing with other social issues that plague the group. Nick’s perspective is changed through the book as he starts to look at the world differently, knowing that his time may very well be limited.

From reading reviews, I’ve seen that this book is sometimes described as Stranger Things meets Ready Player One. As far as tone, I would agree, but for content not as much. I do see the definite Stranger Things parallel, as we have a small group of teenagers getting together to play their D&D game each week, and weird stuff happens that run in sequence alongside the D&D campaign. But other than the first-person quasi science fiction story going on, I didn’t really see it as all that similar to Ready Player One. But that’s still not a bad way to set expectations with approach to this book.

Regardless of comparisons, the only thing that’s important with One Word Kill is that it be read immediately. Mark Lawrence has become one of my favorite authors, and he shows here that whatever the genre, he’s a master of bringing good characters to life with fantastic prose and plot. It’s exciting to know that the other two books in this trilogy will be out later this year.