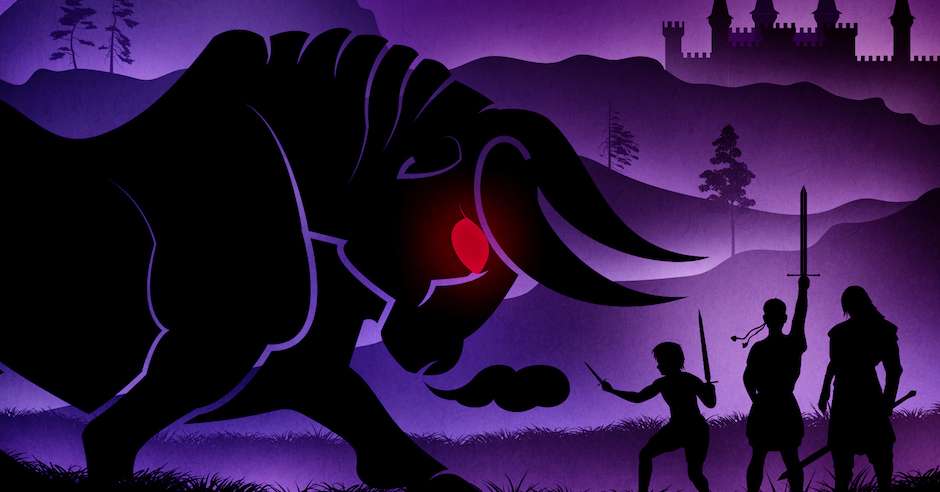 Onslaught of Madness was my second foray into the world of Perilisc, as told by the gifted author Jesse Teller. I’ve also reviewed Song by the same author for Grimdark Magazine. 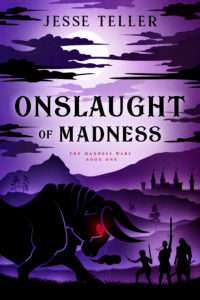 While Song introduced us to a marvelous and mysterious world full of magic and intrigue, we only got a snapshot of the workings of the near-immortal beings that steer the course of humanity across the continent. With Onslaught of Madness, we get another angle on this, but from a much larger scope.

Drine is invading the neighboring country of Tienne. Drine has a huge military and is bent on conquest, with its king sending one of our POV characters to lead his forces in this full invasion. Rextur is a follower of Dis, the God of Destruction, and he’s been planning this invasion for years. Even so, the king has ordered him to action much sooner than Rextur had hoped for, and he’s now forced to wage his war early, taking the king’s son and heir with him to bask in his glory.

Among those opposing Rextur and the Drine forces are a small group of unlikely heroes.

Aaron the Marked is a 12 year old boy barbarian warrior traveling with the entirety of the Nation of Three, of which he is 1/3 of the total population. The boy king Peter and the equally young lad Jordai Stonefist finish the Nation of Three and are often underestimated due to their young age.

Vianne, the Porcelain Witch, is a young noblewoman who has been given training in becoming a Mage along with her pampered life in the nobility. Her mentor has been rather cruel and abusive in his training, and she’s betrothed to a man she doesn’t love.

Tera is a young lady from a neighboring country who is training as a holy warrior for the child god Boxhead. She is sent on a quest to find the next Perpetual Child to lead her church, and protect the children that will be uprooted in this war.

Arundis is a mysterious figure that comes into the POV scene later on, and we’ll leave that for his eventual entrance.

These characters are joined by a large cast of supporting figures in this epic struggle which gets its start in this first book of the series. The scope of this novel is vast, and it takes quite an immersion to really see how it all fits together.

I mentioned Steven Erikson in my review of Song, as I compared Teller to him for his technique of dropping the leader into the action without knowing a lot of the backstory. We just have to run with it, trusting that important facts will be revealed as needed but not before. While I did see that with Song, it’s even more prevalent in this book, using quite a few more pages to bring us fully into the scene. Even then, there’s a lot that readers won’t understand right away, but if the reader trusts Teller and goes with it, the payoff is there.

This story is equal parts grim and dark, but is so much more than a sum of those parts. There are some heart wrenching moments, and it’s not for the faint of heart. I very much look forward to the next book in this saga, as I can see that once it’s complete, we’ll have the real payoff and I expect Teller to provide plenty of surprises along the way. Not all of them pleasant, for the characters at least. For the reader, this is a feast worth getting in straight away without the appetizers.