REVIEW: Out for Blood 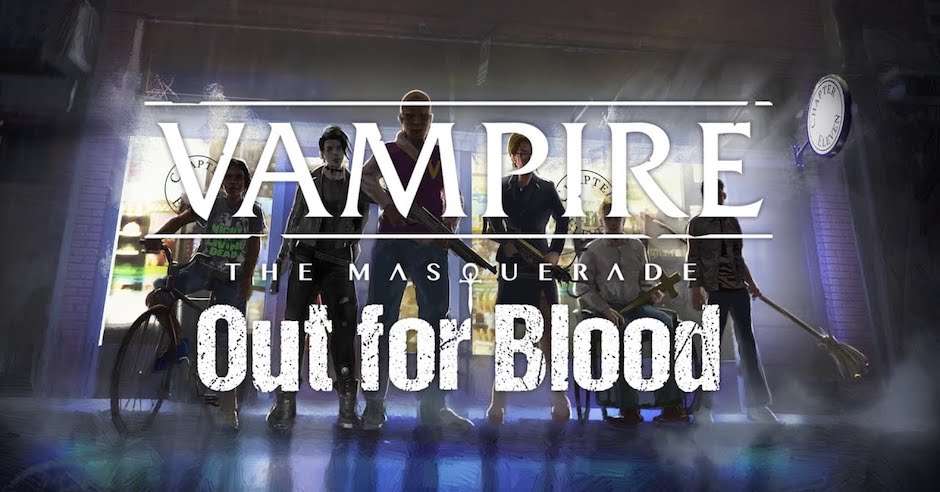 Out For Blood is the second Choice of Games text-based adventure for Vampire: The Masquerade. I really enjoyed Night Road and felt it was an exceptionally well-written game that managed to capture most things I liked about the setting. I generally prefer visual novels but was willing to make an exception due to the nature of the text. Amusingly, I managed to get sent a review copy right as I was about to buy it and instead bought my best friend and co-author a copy. 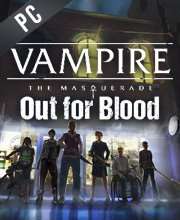 So, what is the game like? Well, to clarify, I think it’s not actually a Vampire: The Masquerade game but a Hunter’s Hunted one and a good one. Note, I say Hunter’s Hunted and not Hunter: The Reckoning. You play the role of an ordinary Muggle in the World of Darkness who returns to his (or her) hometown of Jericho Heights after his grandfather has passed away. There’s something creepy going on in the town and it’s not a spoiler to say it’s vampires.

The sheer variety of determinant content is a sharp change from AAA publishing where almost everything leads to the exact same result. This is the primary benefit of text as it costs nothing to write alternative responses to events. I ended up playing the kind-hearted cis straight Hispanic Angel Flores who was an occultist, faithful to the spirits, and completely inept in combat. Bizarrely, despite my having no intention of doing so, he also somehow ended up sleeping with half the town’s singles. He was a weird hippie and constantly betraying various people because he was a nice guy rather than the opposite.

Part of the fun is the fact that you can be a variety of other kinds of people with different attitudes, orientations, skills, and backgrounds. My second playthrough had me playing a cynical bisexual nonbinary Punk girl with a desperate desire to become a vampire herself. I have to say that the game’s freedom and adjustability in everything from backgrounds to attitude is its biggest selling point. You can be a vampire hunter, vampire wannabe, or someone who has the idea that everyone should just try to get along (no matter how ridiculous this attitude is in the World of Darkness).

Out for Blood draws inspiration from both Lost Boys, Fright Night and ‘Salem’s Lot wit 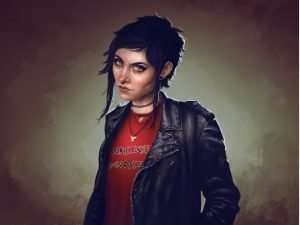 h more than a few references to all three. Which is to say that its creators have taken only from the best and the game benefits strongly from these homages. There’s the creepy woman who has moved into the town’s local haunted mansion, the rebellious gang of Thin-Bloods, and the gathering of your weird little army of people who just want to protect the town.

Basically, this is a horror game over an action game, and I think it benefits from the fact that people are freaking out in-town over a couple of deaths versus the huge body counts of other ones. Much of the story’s appeal comes from the fact that upon discovering vampires are real, your options are multi-fold. Do you want to kill them? Do you want to investigate them? Do you want to avoid presuming they’re evil? Go to the authorities? The fact you can react in a variety of ways gives a large sense of freedom to a game that might otherwise be overlooked.

The feeling of a small town is well realized and has that appropriately King-ian vibe of knowing pretty much everyone in town. There’s your old buddies from high school, the creepy Sheriff, the crooked mayor, the young girl who thinks she’s in a YA series rather than a horror one, and other archetypes that work well. I feel like I only skimmed the surface of some of these characters and more would be revealed with additional playthroughs.

If I had to give my biggest compliment to the game, it is the fact that this was a game that I managed to play through with almost no combat. Angel was a character who managed to talk his way through most problems and while it didn’t always work, it made the story more interesting. This is much less action heavy than Night Road, at least how I played it, and focused a lot more on tension.

So, what did I think? I enjoyed it. Not quite as much as Night Road but I really-really dug Night Road and think those who enjoy deep roleplay will like this. The characters are a bit broader but that may just be because vampires tend to be more overtly colorful. I had a lot of fun with the story and recommend people who enjoy the deep roleplaying part of RPGing will get a big kick out of it.

Play Out for Blood