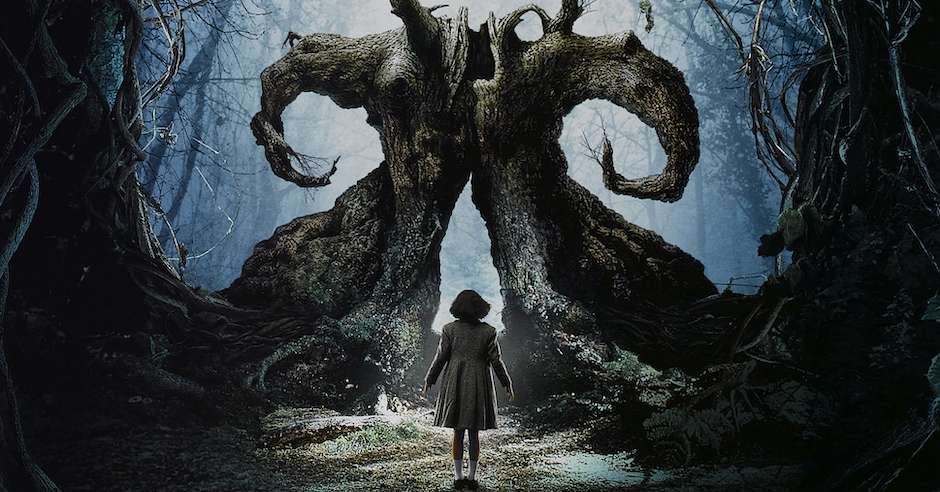 Fairy tales are seen as the foundation for fantasy – the source of magical, fantastical stories that have been told for centuries. They are tales told to make sense of the world around us; tales that provide hope in dark times, or offer us coping mechanisms when overwhelmed. Guillermo Del Toro’s Pan’s Labyrinth is a dark fantasy film that weaves fantasy and magic with the horrors of the Franco’s Spain and in doing so, he created one of the darkest and most beautiful films ever made. 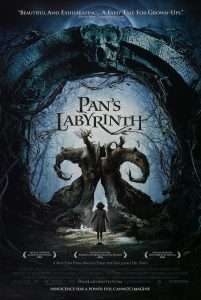 Pan’s Labyrinth follows 11-year-old Ofelia, a young girl living between two worlds. It is 1944 in Spain and Captain Vidal has been ordered to move to a village and rout out a band of rebels. Ofelia hates Vidal who is married to her pregnant mother and witnesses the nonchalant way he shoots dead two innocent farmers. Ofelia follows a preying mantis she believes to be a fairy and winds up in a stunning labyrinth with a terrifyingly strange faun. The faun believes Ofelia is a reincarnated princess and gives her a book with three tasks that he says she needs to complete to return to her kingdom. The story flits between Vidal’s fight against the rebels and Ofelia’s journey into fantasy with horrors on both sides. The sadist Vidal shows viewers how true horror exists in the real world whilst Ofelia learns the importance of the choices she makes as she comes face to face with terrifying creatures such as the haunting Pale Man. This is no children’s fairy tale. It is a powerful story that will live long in the memory of any who watch it.

Pan’s Labyrinth is visually stunning. Del Toro’s skill being the camera is almost unmatched and his use of practical effects give a raw power to the fantasy elements as we follow Ofelia on her haunting journey. There is a darkness to the story throughout but there are powerful moments laced throughout where various characters continue a fight fueled only by glimmers of hope and this is something that makes grimdark so effective. Doug Jones (The Shape of Water, Hellboy) gives a powerful, unnerving performance as both the Pale Man and the titular faun whilst Sergi Lopez steals every scene he is in as the inhumane Vidal. Every part of the film from its direction, script, and music is put together with love and care – something Del Toro fans have come to expect from the master filmmaker. It is a film that demands multiple viewings though the subject matter and gory scenes of mutilation may be difficult for some.

Pan’s Labyrinth is a masterful dark fantasy film by one the world’s greatest filmmakers. This is a fairy tale for grown-ups. It is a film that asks you to witness the dark depths of both fantasy and humanity and never before has such a journey been so stunningly beautiful. It is a timeless classic that has set a high bar that most fantasy films will struggle to reach.