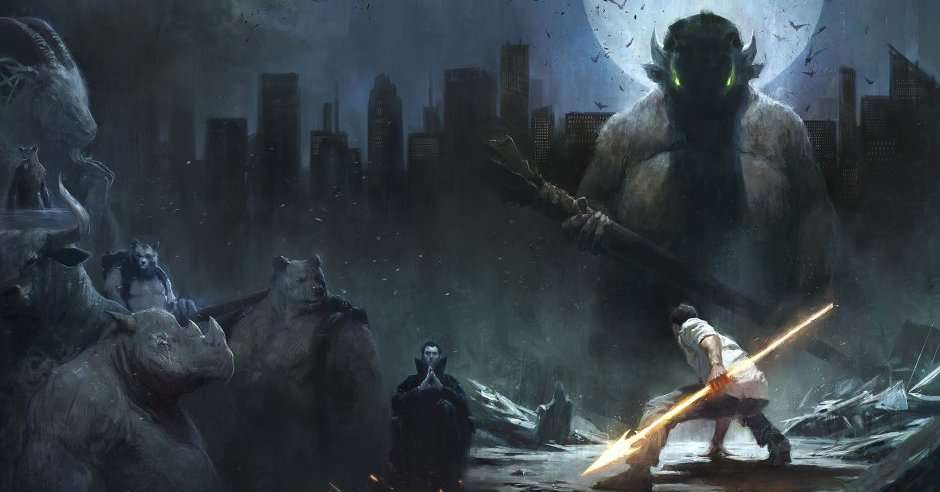 Grimdark is an attempt to push the envelope of traditional genre expectations as well as to subvert them. It’s also about making sure you get into the meaty gristle of humanity as well as its flaws. To that end, it is a word which can apply to everything from fantasy (A Song of Ice and Fire) to science-fiction (Warhammer 40K) to superheroes (Watchmen). In the case of Paternus, this is a grimdark urban fantasy.

But it’s so much more.

The premise is a battle that has been going on between the gods for the better part of the past few million years, even before humanity emerged via evolution. The Asura and the Deva are the inspirations for humanity’s conception of gods. They are also both descendants of a quirky-but-insane being called Father. Their wars have been genocidal in nature to the point that the Asura (the “bad” gods) have been reduced to a tiny fraction of their number with the Deva not doing much better. But, in the modern era, the bad gods have managed to rebuild their numbers to the point of completely restoring their power as well as bringing back the worst of their kind. 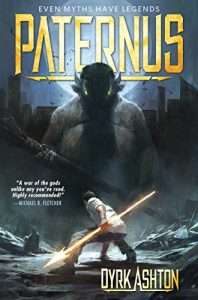 Cosmic battles between good and evil aren’t the stuff of grimdark or the Transformers and W.I.L.D.C.A.T.S would be grimdark. However, Dyrk Ashton subverts expectations by making it clear the so-called good gods’ attitude are only slightly better than their enemies’. They may not want to annihilate us but humanity is a race they desire to make subordinate if not outright enslave. Fi Patterson has been living with her Uncle Edgar as a caretaker for the demented Peter, a being who the war rests on, when she gets exposed to the conflict which has been going on for countless millennia.

Much of the book’s appeal is in the epic battles. They are graphic and brutal with no protection offered to the protagonists. Characters may have backstories which are described across chapters, ranging from the dawn of human history with connections to multiple mythologies, only to be summarily killed in a single page. I appreciated this as a reader because it feels more realistic and heightened the sense of danger in the novel to know that no one was “safe”. Despite dealing with immortals, the casualties in the book are large and roughly equal for both sides. There’s also vivid descriptions of the violence which adds a visceral thrill to reading.

Ashton has obviously done an immense amount of research for his pantheon of feuding gods with connections drawn from Indian, Persian, Greek, Native American, and other mythologies. I appreciate this as, too often, the default mythologies in fantasy are the Greek and Norse. This kind of “canon-welding” could easily be offensive but works well as he makes sure to find the equivalencies in the religions rather than just randomly tying gods together.

I am actually fond of the teenager, Fi Patterson, which you wouldn’t expect from a grimdark novel. Much like Sansa in Game of Thrones, she goes from a wide-eyed innocent and “normal” girl to someone who suffers tremendously which illustrates how cruel the setting is. The book also sets up a “Chosen One” narrative before subverting it by making it clear that that sort of thing offers no protection in a war when any god can be slain.

Of the numerous battle scenes, I have to state I most appreciated the nursing-home conflict. That’s when one falls under siege by the “demons” which ends up in a massacre. The good guys are unable to protect the humans around them (most not caring in the slightest) and we get a microcosm of how conflicts among them might go. This includes things like silencing witnesses, subverting the police and the use of multiple, strange supernatural powers.

Is it grimdark? I definitely think so as it manages to feel significantly more adult than the vast majority of urban fantasy, even more so than those which deals with serial killers and murder mysteries. It reminds me a bit of American Gods but more so the television series adaptation than Neil Gaiman’s book, lacking the whimsy and upping the number of flying limbs. I don’t know if the moral ambiguity will be as prominent in future instalments as I expect but it’s the rare book which has the supreme deity regularly sleep with animals to produce mutant hybrid monsters.

Does the book have flaws? A few. I felt the book sometimes dragged with the lengthy descriptions of various gods’ pasts. I also felt it would have worked better if we’d had more time with the human characters and got to experience their view of the endless wars around them. A lot of the book is focused on the conflict and I would have appreciated some more “normal” bits but that’s complaining about its premise as an action-filled modern epic.

In conclusion, this is an extremely fun book and definitely dark as well as violent. There’s a lot of interesting characters, intelligent uses of mythology and epic battle scenes. The book doesn’t shy away from the consequences of war nor the differing systems across millennia which immortals might ascribe to.