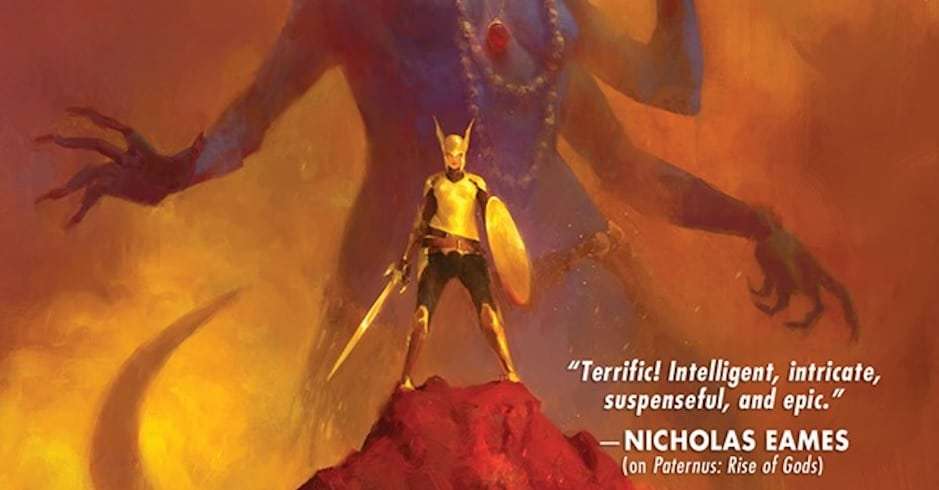 I received an uncorrected proof copy of Paternus: War of Gods in exchange for an honest review. Thank you to Dyrk Ashton.

Only a handful of days have passed since the hospital attack in Paternus: Rise of Gods but so much has changed for Fi and Zeke. These seemingly average teenagers have been whisked away from their normal lives to become key players in the looming war of ages. Alongside Peter (also known as Odin and the all-Father), the Prathamaja Nandana, Freyja, Kabir, Ganesh, and many more in an all-star Gods and heroes of mythology line-up, they are making the final arrangements before the epic confrontation with Khagan and Kleron’s Asura. 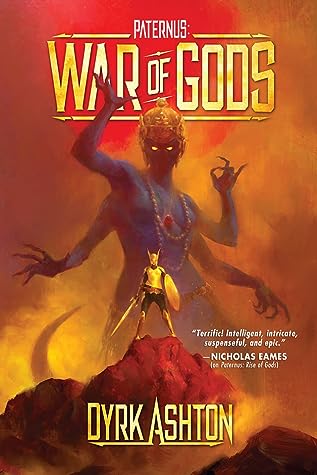 We join the action as Zeke and Pratha are off to Africa in search of the Twins of legend and Peter asks Fi if she’d like to go visit Yggdrasil, The World Tree. The Asura are also preparing for the final showdown with Khagan having quite a few tricks and surprises hidden up his Firstborn sleeve.

Ashton’s Paternus trilogy is a masterclass of Urban Fantasy. The scale and scope of the whole Paternus endeavour is phenomenal and War of Gods takes what I thought I knew of epic fantasy and multiplies the stakes, the action, the drama, and emotional wallop by ten. There are almighty showdowns that have been millennia in the making, the all-star line-ups on the side of the Deva and the Asura includes characters that make the majority of superheroes look dang average, and there were scenes that were so emotionally impactful that this humble reviewer was crying his eyes out on a park bench this morning. The final showdown here rivals that of John Gwynne’s in A Time of Courage which was, until today, hands down the finest battle I’d ever read about in fantasy fiction.

War of Gods is still delivered in Ashton’s unique head-hopping third person present tense style, which took a while to get used to in the first book but now paints a crystal clear image of all that is going on in the heads of numerous characters on both sides of the war. Talking about characters, the dramatis personae is huge! The size of the ensemble at least doubles here. That is great though as some of the new additions and players who were minor characters previously have great standout moments and performances. (I want my own personal raven like Munin who can slip and has an adorable tiny sword!) Humour in fantasy is very hit and miss with me but Ashton injects it well when it is needed and it doesn’t come across forced or overpowering. The below quote is an example that I think works well at adding a smile and a bit of brightness to the impending doom the story brings.

“Fi delivers her own war cry, really just a loud yell, then grins. The theatrics are ridiculous, she knows, but it’s worth the looks on the faces of the soldiers. She knows exactly how they feel. It wasn’t long ago she reacted the same way. And they still haven’t met the ogres, Naga’s children, the habilis, or seen the big scary unicorns.”

The Paternus Trilogy is exceptional. Each entry gets stronger and as a collective, they have made my top-10 fantasy series of all-time list. The only self-published work that currently sits on that list. The only question is, what comes next for Ashton? How do you top such a phenomenal first trilogy? Like Khagan, I’m sure he’s got something up his sleeve.