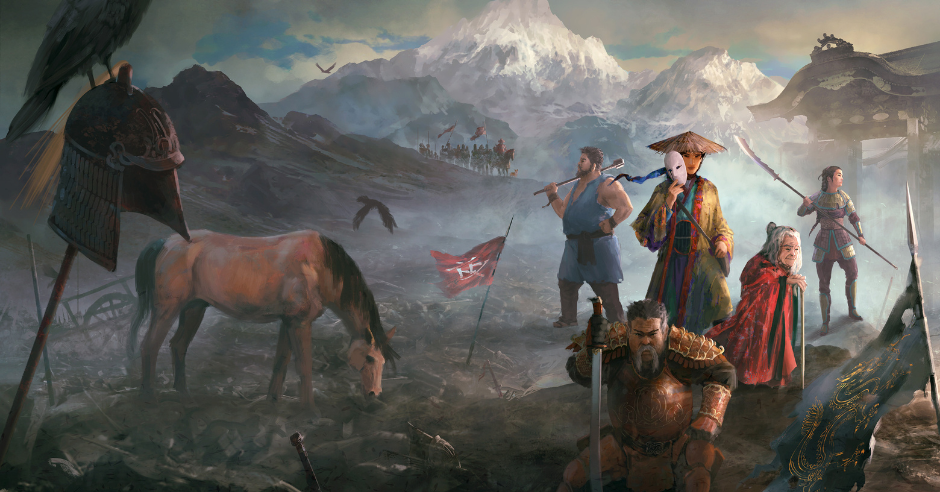 Pawn’s Gambit by Rob J. Hayes is one of my most anticipated releases for 2021, and it lived up to the hype. Last year I had the pleasure of reviewing the Wuxia epic Never Die, it was my first introduction to Rob as a writer, and I got to say that his books are fast becoming some of my favorites.

“Beauty is emotion, good or ill. Pain or happiness or fear or love. Beauty is in the experience.” 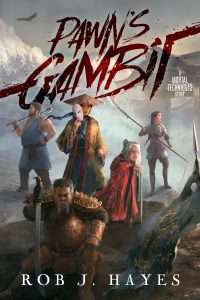 From my review, “Never Die is centered around Ein…and has been sent on a quest from God. ..For Ein’s mission to succeed, the mysterious and powerful Emperor of Ten Kings must fall. To succeed in his quest, Ein must walk barefoot across the cities, mountains, and rivers of the countryside and never don footwear. Ein must select champions to fight the Emporer for him, and these champions must die first so that their souls are tethered to Ein.” Never Die was the first installment in the Mortal Techniques world. Pawn’s Gambit takes place many years after Never Die and is not a sequel, although there is some fun scattered Easter eggs for the readers of Never Die to enjoy.

Instead, Pawn’s Gambit is a stylized Wuxia epic with some steampunk and game theory thrown in that takes place in the same world of Never Die. It has the same rules and techniques, which we learn more about, but it is about redemption and finding peace.

“Yuu shrugged. “Throw her a tea party or something, sure. Whatever works.”

Pawn’s Gambit’s plot centers around the protagonist Yuu, also known as The Art of War. Yuu is a former famous military strategist, who wears a white mask at all times, and is known for pulling out military wins in the direst of situations. Her ability to see all the angles of a fight are legendary. Though these wins often come at the high costs of human lives lost. Her grandmother, the previous incarnation of Art of War, trained Yuu in all the aspects of war and strategy. However, unlike Yuu’s grandmother, Yuu cannot separate herself from the battles. She feels the pain of the deaths that she helped cause, even if she won the war. They weigh heavy on her heart.

“Failure was always due to a lack of focus. With enough attention and preparation, no outcome could not be predicted, and no situation could not be overcome.”

Five years ago, Yuu made a choice that cost her the thing she held most dear but won the battle. The repercussions of that choice caused her to drop the mask and leave batteling forever. She no longer wanted to be The Art of War. Now five years later, we find Yuu sitting in a bar, getting drunk as she does every night, fleecing men for coin in battles of chess. It is below someone who was once The Art Of War, but at this point, all she wants to do is forget and drink till she feels the pain of the loss no more.

Meanwhile, in another realm, the Gods are having a battle of their own. Every 100 years, the gods have a contest to see who will sit upon the throne for the next 100 years. The God who is currently sitting on the throne, Batu, is the God of War. He has brought nothing but devastation and horror to the land of men for the last 100 years. He cannot help it; it is his nature. But it is time for a change.

“The first step toward winning is knowing which game you are playing.”

The contest is this: Each God participating must give up a thing they hold most dear. The objects are placed throughout the land, and champions, chosen by the benefactor God, must go out and find those objects. Whoever has the most items wins. It is a grand scavenger hunt. Natsuko, the Goddess of missed opportunities, has chosen her champion, Yuu. Yuu is not thrilled with this. 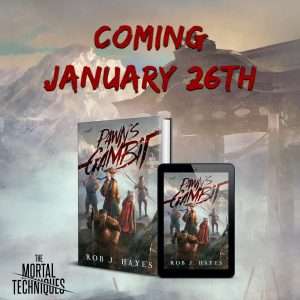 Yuu is an interesting character. She is one of those types of characters that isn’t likable, but she could care less about being liked. She has a core of inner strength that you can see even when readers start the story, and we see Yuu at her very lowest point. But this story is her redemption arc, and what that redemption actually is, is up to the reader. Hayes doesn’t concretely define what redemption looks like for Yuu. I think that makes her a stronger and more interesting character. She has layers and different parts to her. Is she the strategist, the friend, the woman, the human? I am not sure, but I know that the various facets of Yuu are tested thoroughly throughout this story.

The dialog for the story is funny and very human. Hayes can bring out a situation’s nuance and doesn’t need to pound the reader with heavy-handed dialogue. This made me relate all the more to Yuu and the supporting characters she finds along the way to help her. These characters, seen on the superb Felix Ortiz and Shawn T. King cover, help her in different ways. The journey is not the same as Never Die, but there are similar teamwork elements that carry through.

Pawn’s Gambit is a worthy addition to the Mortal Techniques series and a follow-up to Never Die. It is pure adventure and heart. It is really good, and I am so excited that I got to immerse myself in this Wuxia inspired world with great characters, exciting fight scenes, and heartfelt dialog once again. This story asks some big questions and challenges what redemption is.

You should come and take this journey with Yuu; you will not regret it.

This Review is part of the Pawn’s Gambit Tour hosted by Mihir at Fantasy Book Critic.

Please check out some of the other reviews on the tour

Out Of This World SFF Reviews

Realms Of My Mind