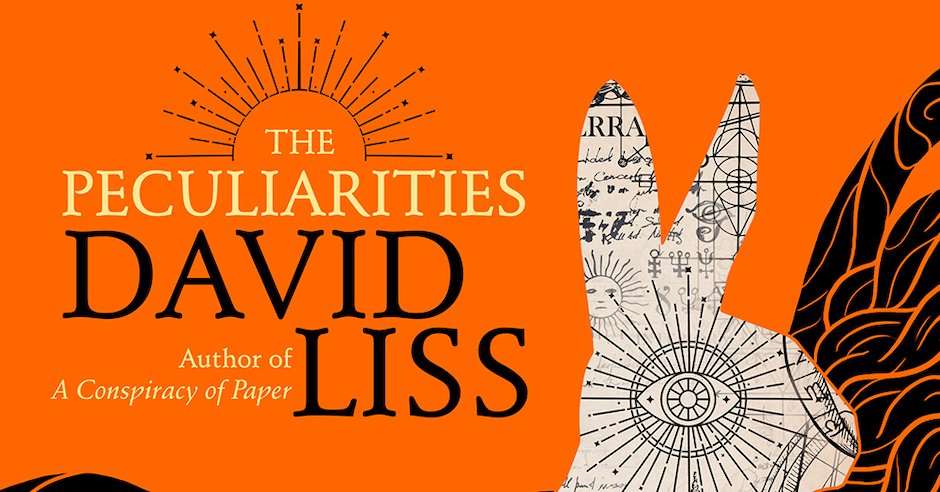 Peculiarities is a celebration of the strange and the absurd. This alternative historical novel poses the question- what would happen if occult magics were real? Author David Liss answers this question in an immersive read that is a fusion of fantasy, horror, and mystery. 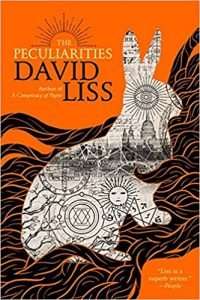 Peculiarities takes place at the turn of the 19th century. London’s famous fog has turned sinister, unleashing an incurable ailment known as the Peculiarities. Newspapers report sightings of the unnatural, of werewolves and ghosts lurking within the gloom. Ghastly mutations emerge, including women giving birth to rabbits. Terrifying beings called Elegants are rumored to be concealed within the fog, murderous and hungry for carnage.

The reason for these unsettling events is unknown; however, the impoverished appear to be targeted. Peculiarities examines how government reacts to tragedy striking the more disdained members of society. It is a commentary on how upper-class covers up its own afflictions to their own detriment.

Thomas Thresher, the story’s protagonist, is the youngest grandchild to the founder of Thresher’s bank. He is also an unexpected victim of the fog. The Peculiarities’ ailment is quickly transforming him into a tree. With only a limited amount of time before he is rooted in place, Thomas seeks to solve his friend’s mysterious death, avoid getting married, and save his family’s legacy. He must discover the Peculiarities’ secrets to save himself. As Thomas delves deeper into this dark mystery, every part of his life is threatened.

David Liss skillfully articulated all aspects of Thomas’s life, creating a truly compelling character. Thomas was born into privilege and is alone because of it. Chained to the will of his brother, he has no say in his choice of work and marriage proposals.

I felt immediately invested in this character, wanting him to rise above his drab clerical job. I truly cared about his relationships between his family and friends. Peculiarities is certainly a fantastical story, but it is rooted in human nature, giving it depth and an element of realism that draws the reader in.

I did find some of Thomas’s character developments to be a little too favorable. This did not disturb my overall enjoyment of the book. It is dark and weird, bordering on macabre. It is not a traditional read, rather an exploratory story of what could have been. Peculiarities has a satisfying conclusion, but there are still lingering mysteries that I would love answered in a second installment.

Peculiarities is an adventure of unraveling conspiracies, exposing London’s most hidden secrets, and witnessing the unexplainable. It is Terry Pratchett’s satire mixed into a darker version of Alice in Wonderland. It is the most bizarre book I’ve read this year.