REVIEW: Under the Pendulum Sun by Jeannette Ng 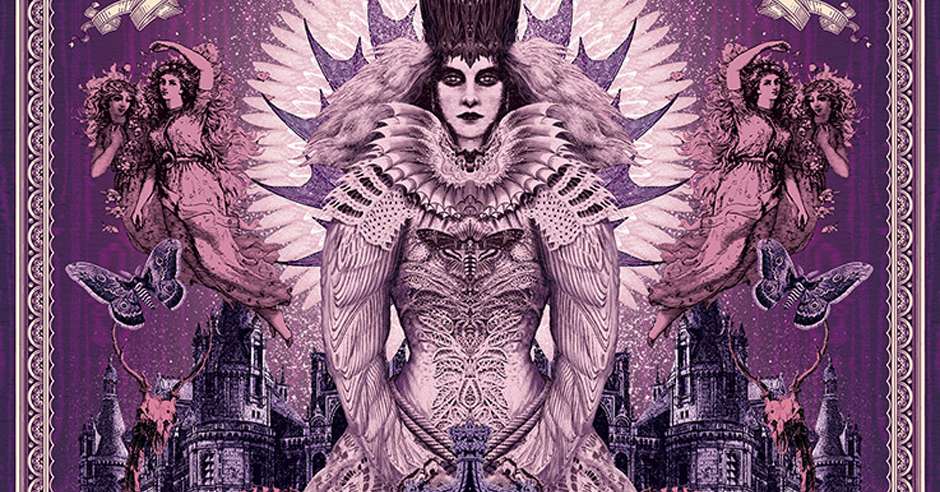 Over on his blog, Mark Lawrence (Broken Empire, Red Queen’s War, Red Sister) is making an effort to “nail down grimdark.” In doing so he offers two camps of people with differing views of what grimdark means: “[T]here are grimdark aficionados who see the term as descriptor for an aesthetic that requires the presence of a number of distinct elements which may include moral greyness, bleakness, and nihilism, and there are an (apparent majority) who just see it as the setting on a control knob relating to general levels of violence and ickyness…” We here at GdM tend to lean towards the first camp. Don’t get me wrong—we love the stabby stuff, the blood, the muck, the dismemberment, and an occasional crippled torturer shitting in his bed, but it’s really the morally grey, bleak worldview that makes us stay up into the wee hours with the glare of the Kindle on our faces. Which brings me to Under the Pendulum Sun by Jeannette Ng. Although only one person gets stabbed throughout the book’s 416 pages (I admit, a few more characters deserved a few slashes, but nevertheless) Under the Pendulum Sun is decidedly bleak, nihilist, and perhaps the most morally grey novel you will read in some time. In addition to being grimdark to those of us in the aesthetic camp, Under the Pendulum Sun is also beautifully written, evocative, provocative, fascinating, and, foremost, fantastic in the true sense of the word. [Unfortunately, because I received an uncorrected advance copy of this book from the publisher, I am not allowed to quote directly from the text, despite its beautiful language and vivid imagery.] 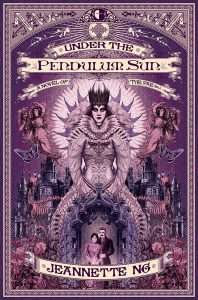 Under the Pendulum Sun tells the story of Catherine Helstone, a provincial young Englishwoman in the mid-1800s. Catherine travels to Arcadia, land of the fae, to check up on her brother, Laon, a missionary who has travelled to Arcadia to convert the fae creatures to Christianity. She has not heard from her brother in quite some time, so she has decided to board a ship for the unknown and unchartable land of Arcadia and check on his well-being as well as the success of his mission. Upon her ship’s getting lost enough for the voyage to actually find Arcadia, Catherine is shuffled through the mist directly to her brother’s castle, Gethsemane, and told not to go outside. (For those of us unfamiliar with Christian theology and symbolism, Gethsemane in Biblical lore is the garden where Jesus and his disciples prayed and slept on the night before his crucifixion.) However, Laon is not there. Catherine is greeted by a housekeeper, Miss Davenport, and a steward of sorts, Mr Benjamin, a goblinoid with speckled birch bark skin. Catherine waits at Gethsemane until her brother finally arrives, and things start getting even weirder.

The story is told in Catherine’s first-person point of view, which beautifully captures the sense and sensibility of 19th century gothic novels like Wuthering Heights and Jane Eyre as well as later novels that contain gothic themes of entrapment, extreme distress, and the inexplicable such as Turn of the Screw and Tess of the D’Urbervilles. When she arrives at Arcadia, Catherine is distraught about the lack of correspondence from her beloved brother. When she finds he is not home and she takes a room in tower of Gethsemane, she is nearly frantic. And a damned door that leads to nothing but open air and a steep drop keeps mysteriously opening no matter how many times she is sure she has closed and locked it. Much of a story is in the telling (in the opinion of this humble reviewer, anyhow), and Under the Pendulum Sun, with its nod to the great gothic novels and its complex themes, is top notch literary fiction in addition to being crazy and dark as hell.

While waiting at Gethsemane, Catherine is entertained by Miss Davenport and Mr Benjamin. Miss Davenport seems to be quite friendly and has spent a good deal of time in London and is therefore more cosmopolitan than Catherine herself. And Mr Benjamin, Catherine soon finds, is Laon’s most devout convert, but in Laon’s absence he has an agonizing habit of asking Catherine, herself an extremely devout Christian, an endless stream of extremely unsettling and unanswerable theological questions.

She also finds some writings of the missionary, Roche, who preceded Laon and who seems to have met a mysterious but decidedly unhappy end. Part of her mission is to bring Roche’s papers back to England—without reading them. Not likely. She delves right into the papers and discovers many references to the Enochian language, the language of angels and pre-human beings, which she knows will be key to learning Roche’s fate. While surreptitiously perusing Roche’s papers, she learns much about the fae creatures by whom she is surrounded, most importantly perhaps, that the fae love to lie and obfuscate, and would just as soon tell a deliberate falsehood than the truth for no other reason than to fuck with humans’ minds. Thus her interactions with everyone she meets must be highly guarded and are fraught with confusion.

Theological questions abound in Under the Pendulum Sun, mostly regarding the par