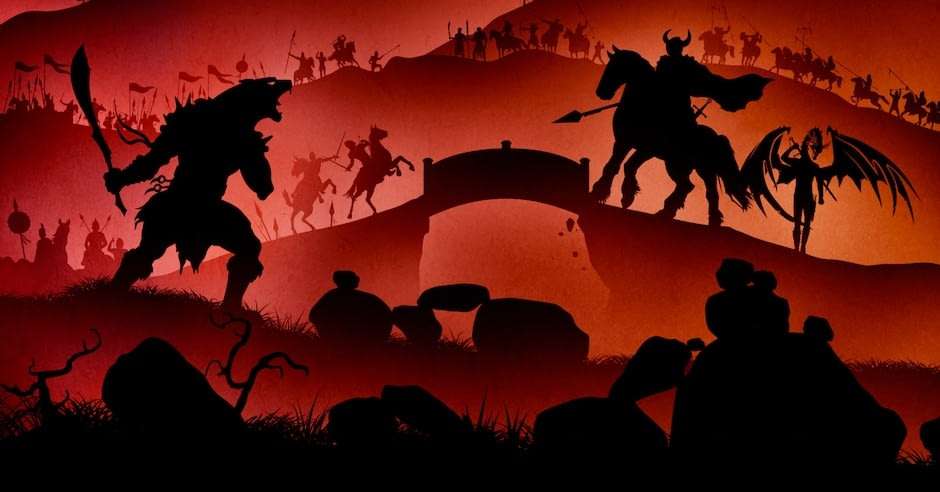 Plight of Madness is Book Three of The Madness Wars, the penultimate volume of this epic sprawl covering a massive military conquest of the warrior nation Drine over its refined and cultured neighbor, Tienne.

Continuing on the previous reviews of Onslaught of Madness, and Wrath of Madness, I found myself immersed in the struggle not only between these two nations, but a resulting series of conflict within each. War is Hell, and takes its toll on everyone involved, whether they’re winning or not.

As with the previous volumes, Plight of Madness is split up into chapters with shifting point-of-view from a variety of characters. Continuing from Wrath of Madness are the chapters told from the perspective of Rextur and Aaron the Marked, who have been with us since the first book. Also continuing from the previous entry are Tarana and Saykobar, and we’re given new POVs as well.

Rextur, the warlord general known as The Madness, is winning his campaign, but things haven’t been going precisely as he wanted. Even in victory over the boy king Peter Redfist, he has a bad taste in his mouth and escaping members of the opposing army not only elude him but manage to vex him mightily before they disappear. Adding to this frustration is the internal war within the kingdom of Drine, where his aptly named ally Treason is making a move for the throne. While Rextur feels this is for the benefit of the kingdom, it does split his attention and the Drine forces are at odds with each other when they could be finishing off Tienne.

Aaron the Marked, also known as the Demon, is licking his wounds as he is constantly eluding (or battling) the Drine Madmen. He’s been joined by Mort, servant of The Pale, who is a Death goddess. He’s not sure how she’ll help him, but even more than that he’s finding himself distracted by his feelings for her, which is not ideal given their refugee status and the fact that Aaron is devoted to his dead wife.

Saykobar the wizard is serving Treason, adding quite the punch to the bastard prince in his campaign to take the throne of Drine. But behind the scenes remains the Valkyrie, who secretly moves Saykobar like a pawn in her game, of which he’s unaware of the final goal. He might even have to betray Treason in order to help him.

Tarana, the noble daughter of a killed Tienne warlord, is learning to adapt in her new chaotic world. With the help of her men, led by the garq named Boone, she can carve out a place among the surviving nobility of Tienne. It remains to be seen if this is for the defending nation’s benefit or simply Tarana’s, but her political maneuverings and treacheries make for an interesting story.

Strick is a character that ran across Tarana in the last book and now has a perspective narrative of his own. He’s a Lunatic, which is an elite soldier of Drine, more skilled than the regular Madmen. Through his actions, he comes to the attention of Rextur, who has a special task for him and the Lunatics under Strick.

Bo of the Wolves of Trendakale is a member of a pack, often thought of by the others as the runt. But his sharp mind and cunning comes to help him gain a place in high regard with Trendakale, warlord of the Drine forces opposing Treason’s treachery.

“At fifty-six years old, Wrath had killed so many men Bo could smell a train of souls gripping to him that trailed off into the unknown.”

Gale Summerstone is a powerful mage in the wizard city of Rockfort in Tienne. Recently defected from the Reavers who lead the city, he’s trying to avoid his former colleagues while the threat of Drine approaches.

Cypress Qirk is the Lady of the Forest of the First Tree, long ago promised to William Cherlot of Prox, one of the few remaining noble leaders of Tienne. She’s learned of his decline into drink and debauchery, and as such proven an ineffective ruler in Tienne’s greatest need. She believes that it’s up to her to bring him around, for the good of William and his people.

As we’re much deeper into the epic of The Madness Wars, we really get to see how the narratives become entangled and the overall plot begins to tie together. The twists and turns will surprise, as well as set up for an intriguing finale with the next, and final, installment. Teller leaves the reader wanting more as he brings all these threads to a pause, leaving some open for later resolution but cutting off others with a sharp edge of finality. Plight of Madness left me satisfied for the moment while making me want to jump into the final book in the series as soon as it’s released.