REVIEW: Reign of the Devourer by David Annandale 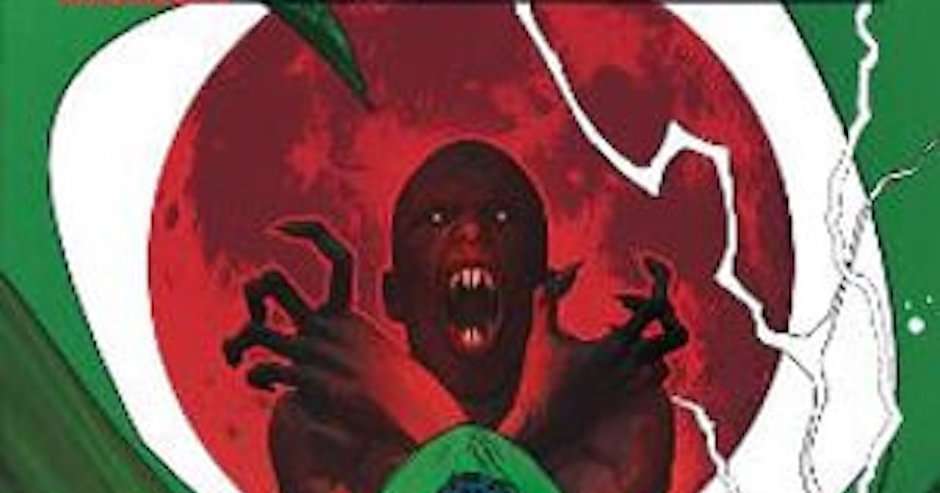 Marvel Untold is a series of prose novels which tell darker stories of the Marvel Comics Universe. David Annandale’s Reign of the Devourer is the fourth installment in the Marvel Untold series, and the first to act as a sequel to a previous volume, in this case the initial entry, The Harrowing of Doom, also written by Annandale. Reign of the Devourer takes place shortly after the conclusion of Harrowing as the nation of Latveria copes with the aftermath of Walpurgis Night’s demonic battles. Doctor Victor Von Doom, here known simply as Doom, seeks to regain knowledge lost on that fateful night, and will stop at nothing to reclaim what was his. 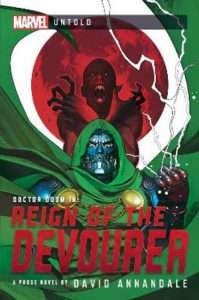 Having discovered that the memories of the dead aren’t lost but merely displaced, Doom begins his quest for omniscience. With the aid of his allies, he discovers the prison of an otherworldly nightmare, the Devourer. While Doom’s attention is concentrated on excavating and releasing the Devourer, an old rival lurks in the shadows. As Doom nears his objective, an ancient terror is revived, and a plague of soul consuming monsters begins to sweep his nation.  Doom must make choices and take actions only he can, for he alone has the science, magic, and indomitable will to be victorious.

Reign of the Devourer is the story of a dictator’s quest for omniscience.  But what happens when a dictator’s iron will is focused on having absolute power, while the well being of his people is a central aspect of himself?  Doom is a scientific genius and a powerful sorcerer with the ego to match, but is deeply dedicated to his people. Although he expects nothing less than total obedience from his subjects, his commitment to them is also absolute. Doom views his nation as an extension of himself such that to attack his people is to attack him. Annadale handles Doom brilliantly this way, taking what could easily be a flat character and giving him depth and pathos. Likewise, Annandale does a good job breathing life into Doom’s supporting cast, and I found myself interested in their individual stories as well.

Read Reign of the Devourer by David Annandale