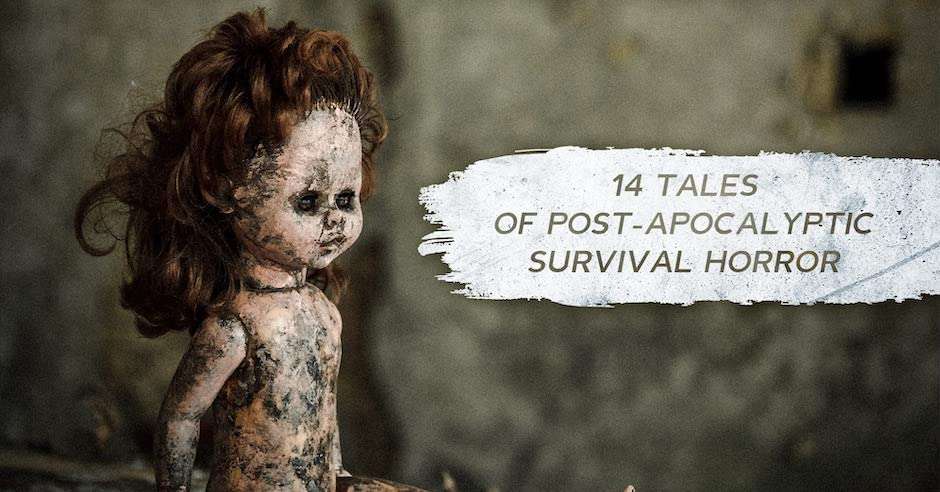 Remnants is a collection of stories about a world ravaged and left for dead, with only a few leftovers- remnants, if you will. Instead of focusing on the horrific monsters that have violently changed life as humans know it, these tales focus mainly on how the few survive and who they become. The stories showcase tenacity, an unwillingness to lay down and die, and the best- and very worst- of humanity. Although, in some cases, humanity has long since left the building. 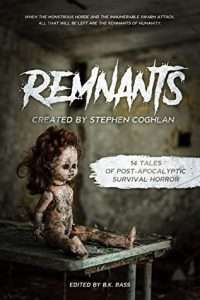 The concept behind Remnants is not a new one; post-apocalyptical stories like this have been created before. However, where this anthology is different is in its execution. Instead of full stories, there are short vignettes, brief glimpses in time. Some stories are touching, others incredibly brutal. Like humanity itself, the stories have a sliding scale of morality, with some unwilling to cross boundaries that other characters don’t even see as existing.

I found the examination of humanity to be fascinating. Like most anthologies, some stories worked better for me than others, but this was a collection that I consistently enjoyed. While some readers might wish for a little bit more focus on the monsters themselves, I really liked that following the survivors were the main event. Although in some cases, I could argue that not all the characters alive had actually really survived.

Each story added something to the overall atmosphere of the book. The first story, “Resistance” by Stephen Coghlan, set the tone for Remnants. It’s also a good lead-in, preparing the reader for stories that range from bizarre to emotional to disturbing or almost grotesque. The main storyline might be centered around one event, but the way each author tackled it was completely unique. I was never in danger of losing interest at all.

There were a couple of stories that were really unique in their telling. “Heatwave” by Aaron Lee takes a rather coldblooded look at the fallout, in which there is a blog that keeps tracks of death “statistics”, that the blogger utilizes to try to understand the nightmare that they’re living in. I thought this one was both fascinating and chilling.

“First Swarm” by J.D. Sanderson followed two photographers and their experiences, which left me mulling over whether viewing something through a camera lens helps expose truths otherwise denied, or if it allows the photographers to separate themselves from the reality of what they’re seeing. Short yet powerful, this was one of my favorite stories in the collection. The creativity behind both “First Swarm” and “Heatwave” are what elevated them above some of the other stories in this collection, although they were all well written.

Remnants is one of the stronger additions to post-apocalyptic fiction that I’ve read recently, with the grimdark and horror aspects working incredibly well. Thought provoking and just flat-out cool, this is not a collection to miss. I highly recommend it.