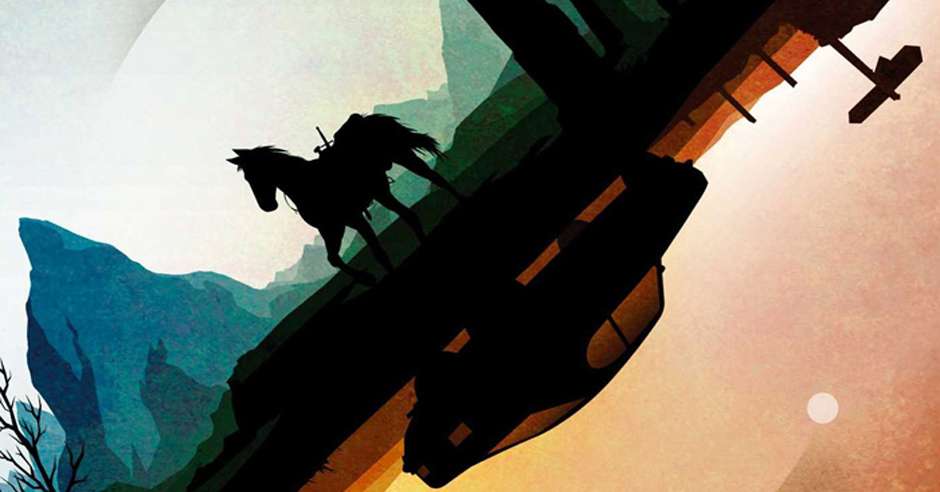 The title, Riding the Unicorn, sounds about as far from grimdark as you can get. I’m pretty sure I wrote a short story called Riding the Unicorn for my mom when I was six years old. But fans of the genre would be in error if they skipped this in favor of a title that indicates more death and destruction.

This is the story of John Willoby, a prison warden who can travel between this world and another. In our reality, he’s an overweight, abusive ex-soldier diagnosed with schizophrenia. In the alternate world, he’s the key to a rebellion in which a king’s bastard son seeks to replace his father on the throne. 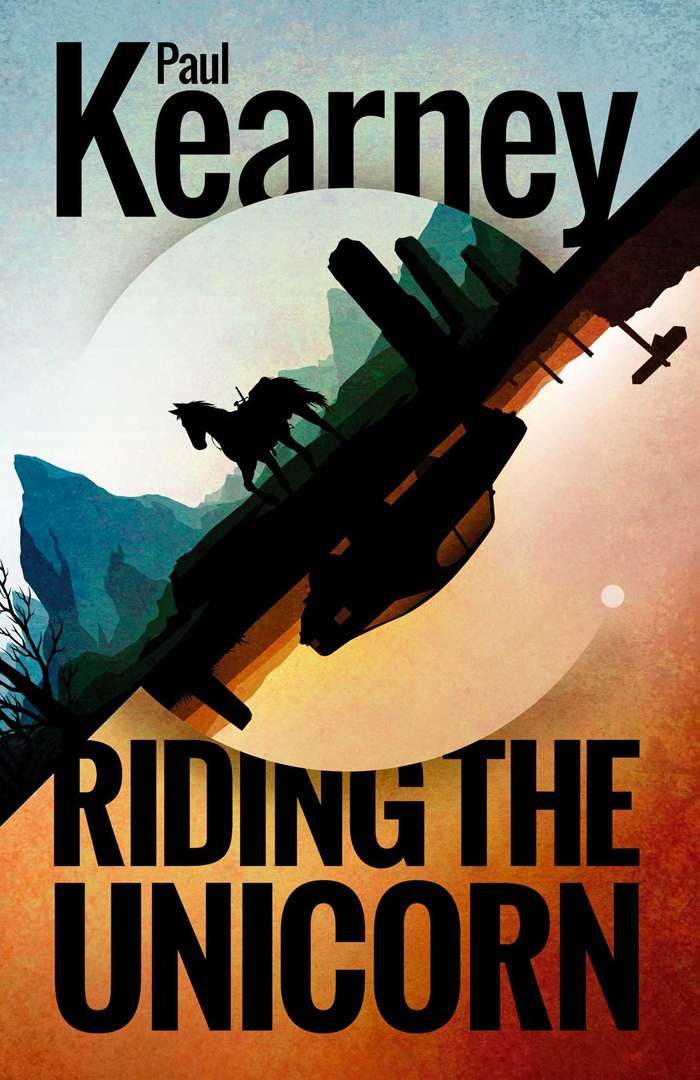 Where the plot might lose a few people is in the initial story. It’s a classic deviation on the “transported to another land” theme, and this perhaps dates the story (it was first published in 1994). However, we don’t ever entirely leave this world behind. Willoby goes back and forth, spending more time in the other world as the story goes on. His confusion, disgust with his illness, and ultimate desire to be the hero rather than the arsehole, all bring a nice emotional resonance to the story and makes it worth retreading the concept. The only (small) issue I had was that the story was never presented in a way that made schizophrenia a real possibility. Doctors were always stumped by clothes, items and injuries Willoby brought back, making it easy for me to believe. I’d have liked a little doubt, nagging at the back of my mind. Overall, however,this exemplifies that even overused ideas can still be employed successfully in today’s fantasy. And I’ll admit, I appreciated that he wasn’t pulled there by a car wreck or some magical piece of furniture.

The setting of Riding the Unicorn is also familiar – vaguely European, but full of uncertainty and unrest. Driven from their traditional homes, several tribes have made an arduous journey across the mountains and into a new land, seemingly untouched by men. The hardships of their travels helped them to band together, but now that things are looking up, many are discontent with their king’s ideas of ruling in this new place. They huddle in one settlement, pretending to be a city, surrounded by the wild. It’s a desolate place that brings an air of desperation to the plots and plans of the men.

A Bastard Prince, and a Guy Who’s Just a Bastard

Willoby isn’t some lost kid or outsider, unlike most of the would-be heroes that get sucked through to Fantasyland. In fact, he’s more the stereotypical bully gone to seed. He’s friendly with his co-workers, struggles with handling his teenage daughter. He hasn’t hit his wife in years, and never sober. In the alternate world he’s seen as the “Turnkey”, a tool to be used in order to instigate civil war.

The man responsible for Willoby’s appearance in his fantasy world is a prince, Tallimon. It seems that Tallimon used to be a decent fellow, back when survival was the major priority. But now that their people are thriving, Tallimon has been cast aside as a bastard of the king and in his resentment he seeks to overthrow his father and half-brother to become king himself. We see mostly the cruel and calculating side of him, though occasionally different nuances show through. Tallimon is a greatly nuanced character, and I was able to believe that people would follow him in committing treason, while also believing that he was a complete asshole. I even found myself liking Tallimon, right up until the last third or so of the book. He certainly wasn’t boring to read about.

The secondary characters went back and forth for me, particularly the women. Willoby’s wife was never terribly sympathetic, and ultimately played a minor role. The other main female character was Merrin, Tallimon’s concubine. He hands her off to Willoby in the hopes of making him attached enough to stick around. Merrin is more developed than Willoby’s wife, but I often felt that her character acted mainly as a foil to see a fuller picture of both Willoby and Tallimon. One thing I appreciated about the Merrin storyline was that it never felt like a love triangle. There was no false choice for Merrin, no going back for Tallimon once he had cast her aside.

Riding the Unicorn on the Grimdark-O-Meter

Riding the Unicorn hits high on the grimdark scale both in setting and characterization. I enjoyed that the setting was new both for the characters in the world and for Willoby, and they all had to find their place in it. Grimdark purists would probably like to see a little more dark in Willoby, toward the end. His journey is mainly one of dark to light, though the end of that journey isn’t rosy by any means. Tallimon is a more classic grimdark character, slipping from bad to worse as he fights to keep control over what he has, and to see his plans through. Their characters are superbly fleshed out, and at the end of the book I found myself unable to wholly like or wholly dislike either of them.

Overall, Riding the Unicorn should please grimdark fans, though it’s not going to blow you away. And it’s a good look at what grimdark was like before it became a defined genre.

Riding the Unicorn by Paul Kearney was released in print by Gollancz, and in e-book form by Solaris, an imprint of Rebellion Publishing Ltd.