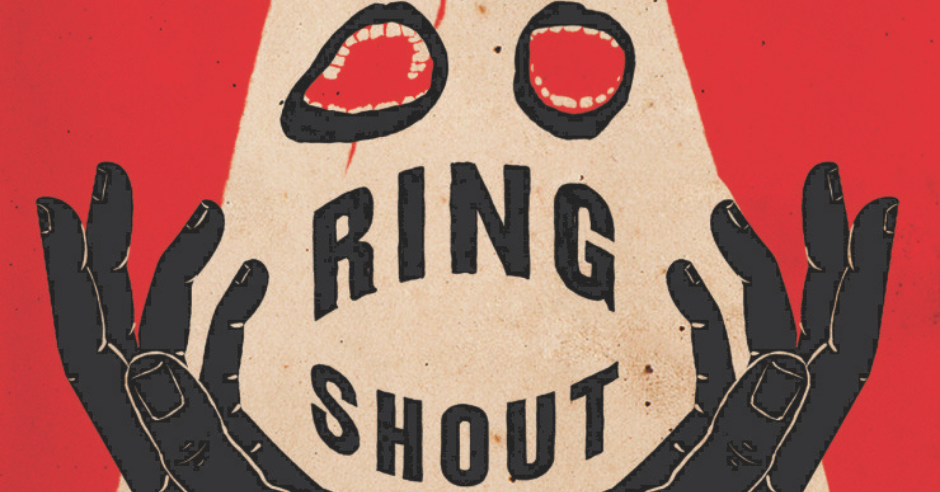 P. Djèlí Clark’s Ring Shout is the answer to the question of what if the Ku Klux Klan was not merely a human terror. A spell has allowed the Klan to summon Ku Kluxes – demon-like supernatural creatures to fight battles on their behalf, making them into a more concrete threat. At the same time, the film The Birth of a Nation has stirred up souls, hate and pro-Klan sentiments, enhancing their power. Set in the South in the 1920s around a group of resistance fighters, Ring Shout is a compelling story, harrowing and haunting. It is out from Tor.com on 13 October. 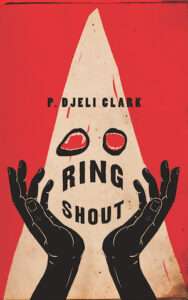 Despite its serious subject matter, it is not just a serious book – it is thoroughly humorous, regularly making me laugh out loud while reading. The main characters are written in a very human way, and have a tendency to bicker, especially about the complexities of language use, which does lead to much situational comedy in tense moments.

One thing that stands out is Clark’s use of vernacular. He has a variety of language associated with both individual characters and groups of characters, used to flesh them out further and enhance cultural associations, both a sort of AAVE and Gullah, which reads as more of a creole language. This is extremely well done and consistent throughout the novella, evoking a sense of immediacy. (Being originally Swiss and based in the UK, I’m not the right person to comment on whether this is accurate or a version he invented for the book.)

And oh, I love the characters. Maryse, who knows how to use a sword (a magic sword, to be precise!) just as well as a gun. Chef, who cooks bombs rather than food, and roasts dogs to attract Ku Kluxes. And Sadie who is too sassy for her own good. A group of young Black women in their twenties hunting monsters. There are more of them, all just as interesting. When they’re not fighting monsters, they’re running drink in the middle of the prohibition. Women after my own heart. But then there is also the older generation of characters, the ones that have still experienced slavery.

The story is told by Maryse, who loves folklore. Early on in the story, she is shown with a book of folktales, and it is a theme that is visible throughout the novella. Elements of Southern folklore, such as haints (restless spirits) show up in the form of Aunties.

Ring Shout is one of the most unique books I have read this year, and with everything that has happened in the last few months, it has also become one of the most timely. It is serendipitous that the novella is published right now, as Clark mentioned in our interview that he originally came up with the idea back in 2015, and then pitched it at the start of 2019. It’ll be fascinating to see what kind of discussion the publication of Ring Shout will be generating once the general public has been able to read it later this autumn. It is addictive and thought-provoking, and a stark reminder that our society needs to do better right now. In my humble opinion, every single one of you should be reading Ring Shout right now and use it to interrogate your own prejudice.