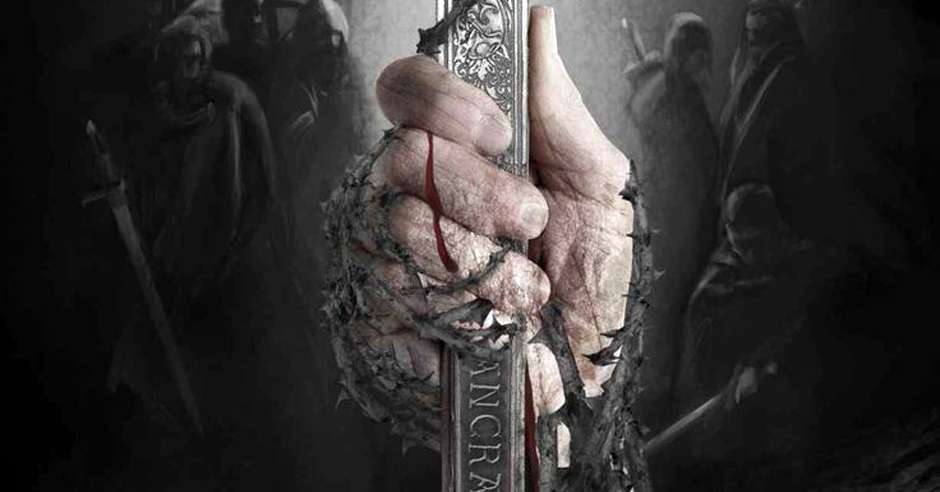 “Vengeance is mine, sayeth the Lord.” 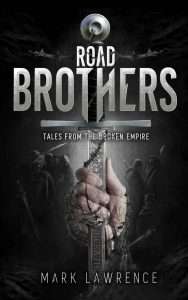 Road Brothers: Tales from the Broken Empire is a short (124 “pages”, e-book only) short story collection by Mark Lawrence. It contains ten short stories, five of which have been previously published including Bad Seed, which was featured in Grimdark Magazine #1. The stories mainly present characters from Lawrence’s Broken Empire series but a couple of characters from The Red Queen’s War also make appearances. The stories are tight, fun, brutal, and fully exhibitive of Lawrence’s beautiful, imaginative storytelling and precise, unpretentious prose. Despite their short length, each of the stories is deeply felt, emotionally compelling, and action packed. Well, you didn’t really expect an unbiased review did you? We love this guy!

At the risk of being coy, abstruse, and perhaps incomprehensible, I am going to try to tell you about Road Brothers without giving anything away because if you’ve read the Broken Empire series (and who hasn’t?) and you haven’t read Road Brothers, you definitely should. And I don’t want to ruin it for you. You fast readers can read it in one sitting, and then, if you’re like me, read it again in another.

As its title suggests, Road Brothers is about brotherhood, all kinds of brotherhood—brothers by blood, blood brothers, and brothers by association—and the bonds between them. In the Broken Empire series, Jorg puts together a band of brothers that stand together to topple an empire, and many of those brothers appear in Road Brothers stories of their own. Here you’ll find Brother Makin on the trail of the people who killed his wife, child, and household, and you’ll also find him later in life, applying to guard the walls of King Olidan. As is true in the best fiction, Makin changes throughout his life story. You’ll also read about the Nuban in a surprising brotherhood (nope, I won’t tell) long before he meets Jorg, and then again as a seasoned killer taken prisoner with his Brother Jorg. You’ll read about Red Kent’s brotherhood with a boy he killed when he himself was a boy (in Bad Seed” which I hope you read in GdM #1). And, of course, there are brothers Jorg and William in a hilariously dark episode from their childhood. It’s really too bad William died before the Broken Empire because he is one crazy little fucker. Throughout these stories and more, Lawrence explores what it means to be brothers. One of my favourite instances of this theme comes in a story about Brother Rike and his brother Price. It involves Sabitha, who happens to be Chella’s sister (there are other “sisters” in Road Brothers as well) when she questions whether Price is as close to Rike as his Road Brothers are (but that’s all I’m going to tell you). Obviously brotherhood is not a new thematic idea—it goes back at least to Cain and Able and likely much further—but Lawrence gives it his unique grimdark treatment, and the result is very entertaining and compelling.

As much as this is a collection of stories about brotherhood, though, it may be even more a collection about vengeance. Can the desire for revenge be sated by vengeance, or does revenge create the desire for more revenge and a never-ending cycle of violence? What can relieve the pain and grief when loved ones are slain? These types of questions are central to most of the stories in the collection. If Makin, with the help of Sister Ellen, tracks down and kills everyone who helped destroy his family, will that satisfy him or is something else required to ease his pain? Is there a place for forgiveness in the cycle of violence? Can Alann Oak (later Red Kent) ever gain forgiveness from the boy he killed when they were young, and if so, is this enough to steer him away from a life of killing or is he destined to be a killer. What about mercy?  Would Makin’s dead wife and child rather he avenge their deaths or show mercy and end the cycle of killing? Lawrence tackles themes of vengeance from several angles in Road Brothers, and it makes for some thought-provoking entertainment, which perhaps reaches its height (or depth depending on how you look at it) in the final story, Know Thyself. The story features Father Gomst upon his arrival at the Tall Castle. He is assigned to tutor young Jorg and William, and most importantly to get them to “honour thy father” King Olidan. Upon his arrival, however, he discovers the young brothers (Jorg is