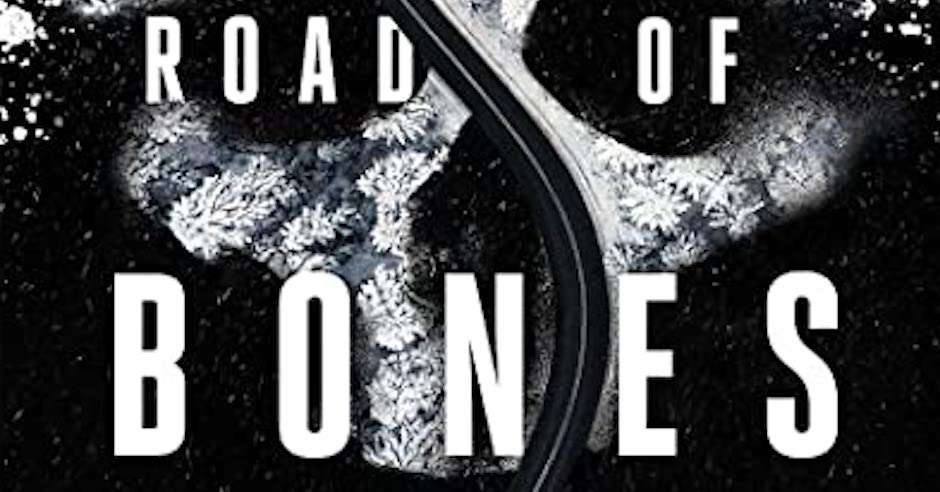 The Road of Bones is the nickname for the Kolyma Highway, or R504, in the eastern part of Russia. It contains sections that are some of the coldest places on earth, reaching below 50 Celsius in January. It got its name from the bones of the dead who died building it—largely gulag labour. 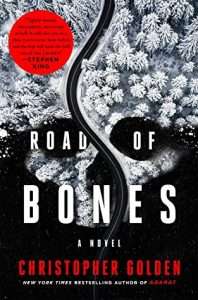 The horror author Christopher Golden used this backdrop for his new novel, Road of Bones. To be clear, while the historical atrocities are mentioned, they are not the main focus of the book. There’s nothing wrong with that choice, of course, and the book instead pulls its tension from the very real dangers of the environment, subzero temperatures, isolation, and the sheer distance between places in the frozen places of the world.

Felix Teigland and Jack Prentiss are friends with a plan. They are driving along the Road of Bones to create a proof-of-concept for a TV show they can sell. They pick up their guide, Kaskil, and further along the road they pick up a stranded woman whose car had broken down, named Nari.

Prentiss stared at this woman, her eyes alight with intelligence, and realized they had saved her life just by coming along when they had. Nari seemed unfazed and unimpressed, as if dying from engine trouble was no more worrisome a road hazard than a flat tire. A flat tire would have killed her just as surely, Prentiss thought.

One of the strengths of this short novel is how fast the characters are developed without anyone feeling like a sketch of a character. They all feel fleshed out through their relationships and dialogue very quickly. An early scene discusses how Teig and Prentiss are great friends because they’re both mercurial in their moods, and they both understand that about each other. Their dialogue has an easy, lived-in feeling. Kaskil’s reaction when Prentiss and Teig call him ‘kid,’ thinking he’s asleep, is also effective at making him more than just the guide. It’s integral in any horror novel to care about those who are put into such peril, and Golden nails it with almost every character.

The sole exception to that is Una. She’s a child, and a near catatonic survivor of something that emptied out Kaskil’s hometown. While Teig’s protective instincts towards her adds to his character, she intentionally feels distant and unknowable.

“Hey, mate, listen,” Prentiss said. “Don’t let your imagination run away. We don’t know what’s happened. The whole town’s empty, which makes me think they were evacuated. Wherever they are, everyone’s gone together, which means your family are okay, yeah?”

Kaskil turn to lock eyes with him, unconvinced.

This section is where the plot of the book really kicks in. When they’re searching through the area, they’re attacked by wolves and stranger things, and forced to flee.

The rest of the book is them trying to escape, heading back the way they came. These wolves are capable of keeping up with a speeding car, and they’re not the only force out there. The story tightens and gets tenser as it goes on, whether they’re trying to flee in a car on a frozen road where a single crack in the windshield would make them die of exposure, or trying to hole up in one of the few homes along the road.

The specifics of what is after them is explained, but not deeply. That matches the characters, who have no idea what they’ve stumbled into. What they piece together is sketchy and haphazard, but Teig and Prentiss are outsiders, lost and operating without much cultural awareness even if they weren’t dealing with supernatural entities.

With fantastic character work and a relentless pace, Road of Bones is a tense, thrilling horror novel, and one that will put a chill into your bones.