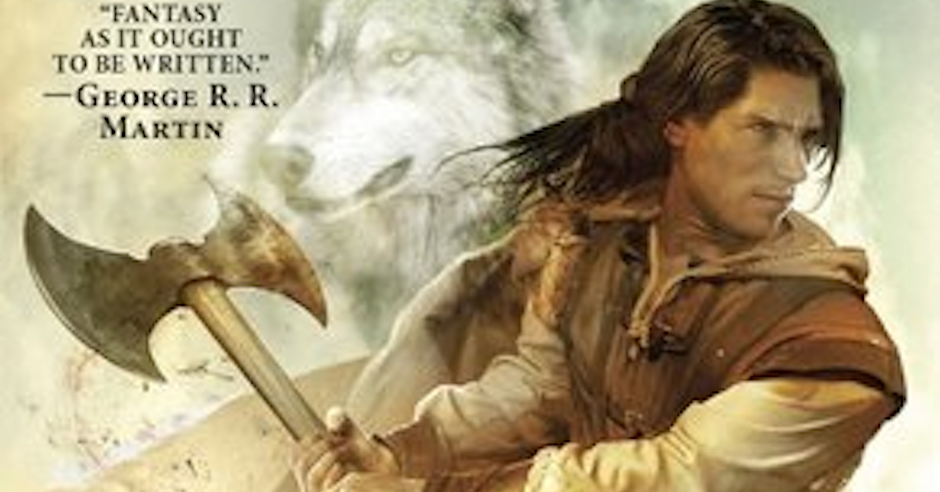 Minor spoilers may follow. After being poisoned in the Mountain Kingdom towards the end of Assassin’s Apprentice, Fitz is a broken and crippled shell of his former self. In Royal Assassin he swears to himself that he will no longer be one of King Shrewd’s men and will not return to Buckeep. The day before Burrich and Hands are set to venture back to the capital Fitz has a sort of fever dream. Without him truly understanding he finds himself Skilling and resurfaces in the King’s body as he is talking to the Fool. He is made aware of an illness that ails the King and that all is not well in Buckeep at all. After this confusing but eye-opening exchange Fitz changes his mind and sets off with his comrades the following morning. The Red Ship armies and their forged soldiers are attacking settlements continuously and are getting scarily close to, as if somehow they are being drawn to, the capital city. It also soon becomes clear that Prince Regal has malignant ambitions and potential political turmoil is just around the corner.

“Are you sure you’ve not had a bad dream?” 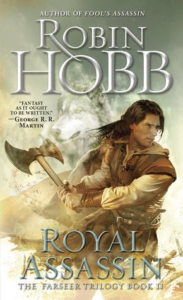 To say that it took me four attempts to read and complete Assassin’s Apprentice I had no such gripes with Royal Assassin. I raced through the 648 pages in under 4 days and loved every second. I fell back into the mind of FitzChivalry effortlessly. Hobb’s characters are phenomenally well-crafted and the way that she’s able to arouse my heart, my tears, and also my utter hatred of certain players is masterful. The way she makes me despise Prince Regal is as if he were personally treating me the way that he does “the bastard.” My favourites to read about were the honourable King-in-Waiting Prince Verity, Assassin Master Chade, the eccentric and art-loving Lady Patience, and the warrior-like but often isolated Queen-in-Waiting Kettricken.

“Sometimes,” Chade observed, “it would be much easier to die for one’s king than to give one’s life to him.”

My absolute favourite scenes throughout the narrative are when Fitz converses with a wolf that he rescued from captivity, Nighteyes. We find out a lot more about the magic certain people can wield in this entry, especially The Wit (known impassionately to most as beast-magic), showcasing what Fitz and his companion can do together to help each other. Fitz uses Nighteyes senses sometimes, Nighteyes makes him aware when someone is following him, and likewise, Fitz helps his wolf hunt when he has wolf dreams. The Skill is also explained and utilised more frequently in Royal Assassin especially when Verity can speak to and follow the actions of Fitz when Fitz is fighting the raiders and vice-versa when Verity travels  in search of the Elderlings.

Although it does include some stunning action segments, a lot of Royal Assassin is about the quieter times, the thoughts and conversations characters share, beautifully massaging every word, statement, motive, agenda into our mind so then the action scenes hit much harder as we completely understand the consequences from all angles. An average day for Fitz would be a conversation with Burrich, with Patience, meeting the Fool, keeping Kettricken company, talking to Nighteyes, conversing with Verity, being summoned by the King, insulted by Regal, still infatuated with Molly and then meeting Chade is the assassin’s hidden abode. It doesn’t sound the most exciting when spelled out like that but I was hanging on every word and adored the entire reading experience.

Assassin’s Apprentice followed Fitz over 10 years of his early existence. This narrative takes place over much less time. Perhaps a year or two. Fitz is a brilliant protagonist, extremely intelligent and he always knows much more about what is happening than anybody else can acknowledge, apart from Chade, but even from him, Fitz keeps a few secrets. We share Fitz’s highs, lows, dreams, dramas and even his utter lucid, revenge-inspired madness at one point.

The last 100 or so pages are absolutely phenomenal. Due to the incidents taking place I was gripping my book with such intensity that I thought I was going to rip it in half. Eyes glued to the page, every word attacking a plethora of my emotions. Royal Assassin is an engaging and intense character-focused political fantasy masterclass. I’ll be reading Assassin’s Quest as soon as I can and if things continue this way then Hobb might have written what could become one of my top 3 fantasy series of all time.