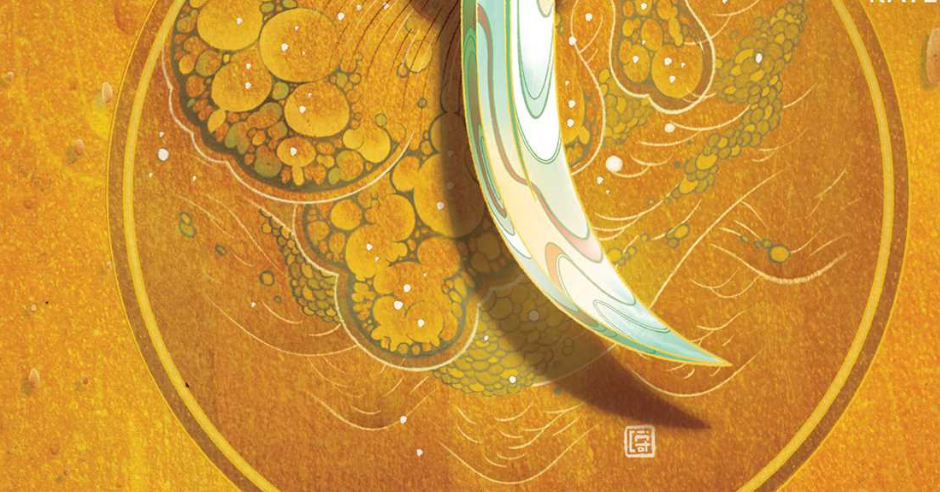 Scorpica is the Kirkus starred epic fantasy debut novel from G.R. Macallister, although readers may have come across her before writing historical fiction as Greer Macallister. The first novel in The Five Queendoms trilogy it is a gritty matriarchal world that I had a great time reading, so thank you very much to Titan and Ms Macallister for the opportunity to read and review Scorpica. 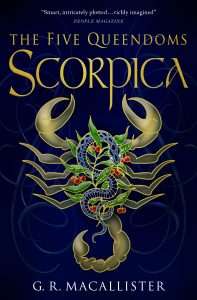 I will say from the outset that I loved Scorpica, it is dark, unflinchingly violent, full of political scheming, sorcery, and swordplay so it was instantly appealing to me. But it also had some wonderful representations of love, loyalty, friendship, and family. Also as a matriarchal fantasy world it is something I have not come across in adult fantasy fiction before. Scorpica has characters that I loved and that I loathed. I was never entirely sure who to trust, and it was fantastic that all these characters women. As a fan of fantasy I know there are some great characterisations of women out there, but with a few exceptions female characters are the minority. It was so refreshing to have a novel where this was not the case and there were moments in it where I paused reading and thought “I absolutely relate to that and I’ve had that from a fantasy book before”. Scorpica is not a typical grimdark novel, but it definitely ticks a lot of the grimdark boxes, and I thought it was brilliant.

Macallister maintains a relentlessly fast pace in Scorpica and the plot moves very swiftly. It has an ensemble cast representing each of the five Queendoms in this world. Just over half of the gripping narrative is focussed on Scorpica, the titular military Queendom, but there are also the agricultural Sestia, academic Bastian, mercantile Paxim, and the magical Arcan which form the rest of the world. The main event that Scorpica focuses on is ‘the Drought of Girls’ a mysterious curse that has made all the children born into the Five Queendoms male. This ‘drought’ is the catalyst of political turmoil, destabilising the world and threatening all of the queens.

Macallister’s style was sometimes a little abrupt, it is not particularly lyrical and there are no vast swathes of descriptive prose or unnecessary dialogue. Everything that is written in Scorpica is purposeful and sharp, so close attention should be paid as even key information will not be repeated. Each of the Queendoms were clearly defined, and the characters were engaging. It is a completely unpredictable novel and Macallister held my attention to the very last page. The novel has created a strong foundation for the rest of the trilogy and I am excited to learn more about the Queendoms that have not featured so prominently in this debut.

My only criticism of Scorpica is that I wish it had been longer. Not just because I loved the world, but because at points it felt like the fast pace sacrificed some of the depth. The narrative covers fifteen years of action, alludes to five hundred years of peacetime history, the turmoil before that, and has a pantheon of new gods to explore. Although all this is explored in some way in Scorpica, at just over four hundred pages long, Macallister has not been able to cover it in as close detail as I would have liked. I am hopeful that the future installments will go into greater detail. Scorpica has certainly whetted my appetite to learn more and in it Macallister has created a world that I am excited to return to. Scorpica is a unique creation that is both beautiful and brutal and I was invested from the first chapter. I genuinely cannot predict what will happen next in the trilogy but I look forward to finding out. 4/5.