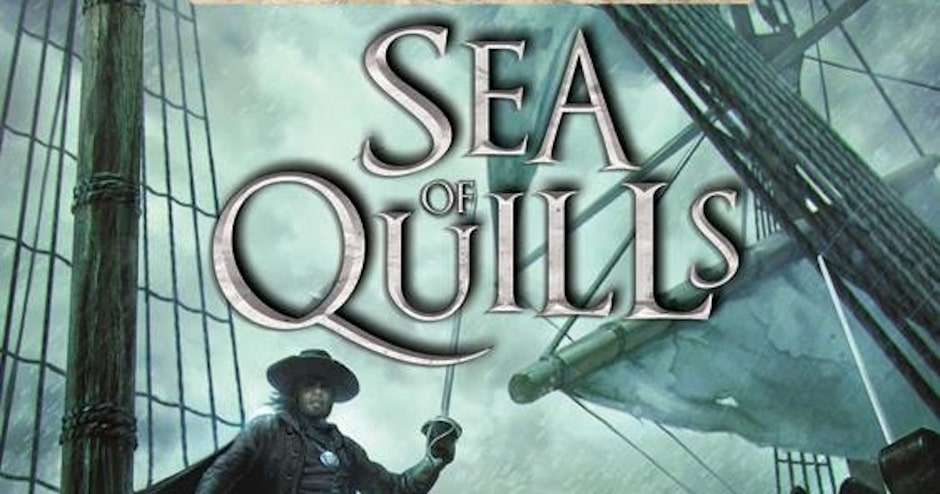 Sea of Quills is the sequel to the previous novel, Mountain of Daggers, that started the adventures of Ahren the Black Raven. The Tales of the Black Raven duology is a pair of novels following a former sailor turned cat burglar in a Medieval Italian and Eastern European setting where he is the greatest thief in the world. Magic and monsters accompany more standard threats to our antihero’s quest to become richer than Crossus. 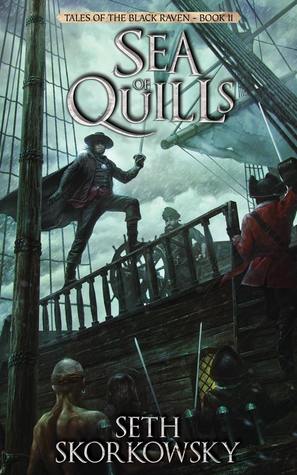 The books are an homage to the Pulpy swashbuckling adventures of the past with some Conan the Barbarian here, some Lankmar there, and a bit of Zorro thrown in. Ahren isn’t a hero to the people as he robs from the rich to give to himself, but his opponents are an all round collection of scumbags so he maintains our sympathy. The stories are a bit light on characterization but Seth Skorkowsky makes up for it by being a master of describing action.

Sea of Quills has a lot more sea-faring action than the previous volume with a focus on the fact Ahren is an accomplished sailor as well as burglar. Notably, he’s not a pirate but he’s someone who spends a lot of time treasure hunting, smuggling, and fighting onboard ships during this volume. It’s a nice change of pace from Mountain of Daggers and reminds us that Ahren got out of the miseries of sailing life to make money on land.

There’s a bit more continuity in this volume as well with the story showing our hero at the height of his career. He’s managed to establish a reputation for himself as the legendary Black Raven but all this has done is make him the target of everyone who wants to knock him down a peg. Most notably, there is the sinister Tynee who are the setting’s equivalent to the mafia. The Black Raven is making them look like amateurs and they can’t have that.

Seth Skorkowsky does a tremendous job of immitating the style of the Old Pulps, almost to a fault with Ahren remaining somewhat static in his stoic badassitude. Still, one area he triumphs over the older Pulps is the fact that the women of the volume are capable with their own motivations. Despite Ahren’s deep love of the opposite sex, none of them are willing to be with him save on their own terms and that’s a nice change of pace.

Of the stories within, I’ve got to say I preferred “Treasure of Bogen Helm” best as its a subversion of the typical treasure map tale, which takes note of the very real reason WHY you don’t bury your treasure versus spending it. I also liked the story “The Second Gift” which sets Ahren against an opponent with an insurmountable magical edge.

None of the stories are bad, though, and have a nice combination of villainous nobles, rival thieves, evil pirates, and semi-justified lawmen after Ahren this time. There’s even an homage to The Princess Bride, I believe, with a bunch of screaming eels menacing our hero. Sadly, we don’t resolve the ongoing plot of the demon baby and cult that serves as Ahren’s secondary archenemy.

In conclusion, Sea of Quills is a solid sequel to Mountain of Daggers and fans of the former will almost certainly love the latter. These books are collections of fantastic adventures with swords, magic, monsters, and scum that will make an excellent afternoon’s read for any Sword and Sorcery fan.