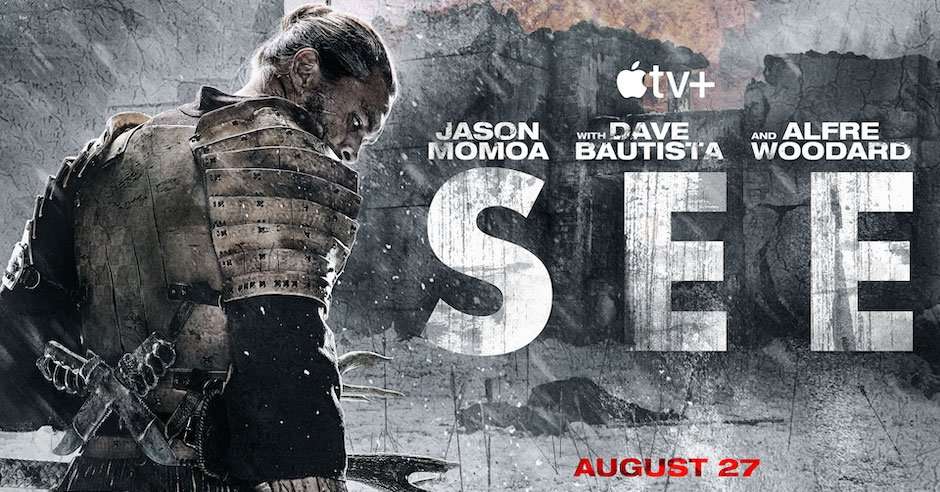 In one of the coolest, most visually appealing, and different pieces of SF I’ve watched in a while, See S2 really ramps up the scale of risk, the family drama, and the intense stupidity of Baba Voss and Magra’s children. Needless to say, herein lie spoilers for S1 (seriously, back the F away if this is going to impact your experience). 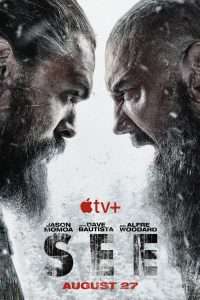 In See S2 Baba Voss enters the city of Trivantes to rescue his adopted daughter. His hulking, brutal, but kind of big hearted (to those he loves–see the family resemblance?) brother, Edo Voss, is waiting. Princess Magra tries to offset her sister’s growing madness as the queen throws body after body in the way of her great lie, silencing dissenters and starting wars with the militarily superior Travantes. Magra is also the start of the reintegration of the sighted into the world after 500 years of society treating them as heretics to be burned, though if those  sighted play any part other than soldiers for the men and breeders for the women remains to be seen.

This seismic shift in ideologies as the blind in power start seeing the benefits the sighted bring to their own conquests and start to try to re-shape the population’s theology around what can help them grasp and maintain power is a key theme this season. The sighted are popping up on both sides, and the impact they have on both militaries is massive—though the sighted under Edo seem to be used with far greater intelligence than those fighting under Baba Voss. A second major theme is between the two Voss brothers. They’ve been away from each other for what seems a lifetime, they’ve grown into wildly different men, and their different perspective on something from their past has the two deadliest warriors in the land on a collision course of epic proportions.

While See S2 is visually stunning with amazing choreography to continue the beautiful look and feel of this series established in See S1, there are a few things that really dragged this show down. For starters, and I reiterate my spoiler warning here, two characters that should have stayed dead at the end of last season did not die, and honestly, I feel a little robbed. Those character deaths landed, and it felt cheap to see them back on the screen.

Then, the son Kofun just drove me absolutely mental. I recognise the young kid making stupid decisions is a trope used to drive danger and tension and plot, but it was Haniwan in S1, and then she tagged in Kofun for S2, and I found myself sitting there hoping one of them would just get killed or have an intelligent thought so they stop being annoying and start creating interesting plot movement for their character arcs.

The ending scenes could also probably be telegraphed a mile off, robbing them of the emotional impact they should have had. They tried to jump on the Game of Thrones boat, stepped off the pier, and landed in the water.

Now that I’m done being a Negative Nathan, let’s talk about all the good See S2 manages. A sprawling story, plenty of lying and event perspective impacting the characters and story, massive battlescenes, a bitter landscape with even more bitter and broken people, and Jason Momoa and David Bautista absolutely smashing it on screen alongside Hera Hilmar, Alfre Woodard, and Sylvia Hoeks.

There’s plenty to be annoyed about in See S2, but in this reviewer’s opinion, there is plenty more to be excited about to tip the scales back in the right direction. I am crossing everything that See gets a season 3.