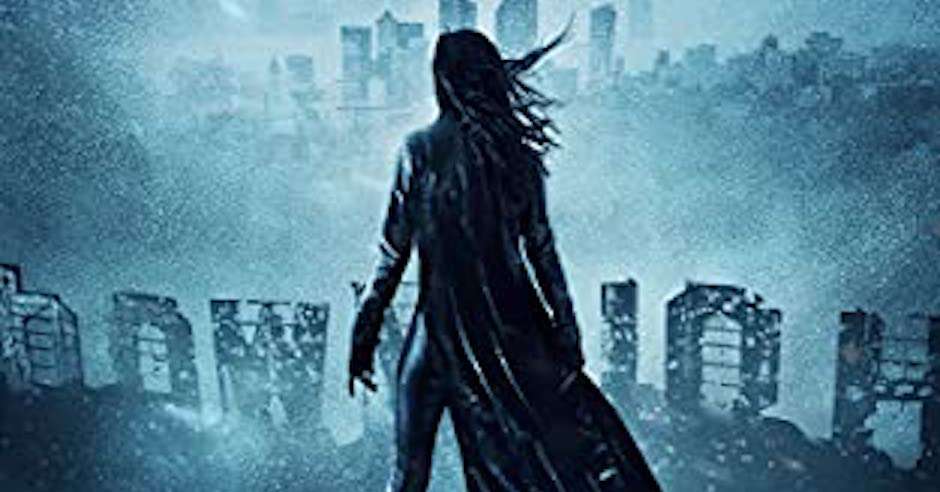 Shadow City by Anna Mocikat is first volume of her Tales of the Shadow City chronicles that is a genre busting post-apocalypse adventure story. I can’t really think of any other novels like it with its mixture of monsters, cyborgs, the supernatural, and survival horror. If I had to make a comparison, it reminds me of both Ex-Heroes by Peter Clines crossed with the Fallout games. Except instead of 1950s Americana, Anna Mocikat draws from The Matrix-style Nineties antiheroes. 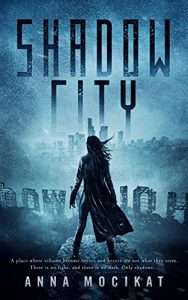 The premise is that an event called the Glitch occurred and caused the entire world to be bathed in a long hot night that never ends. The laws of physics and reality seem bent with much of humanity becoming mindless feral mutants under the control of body-hopping aliens called the Dark Ones. Thankfully, humanity has the benefit of vampires to protect them. Yes, vampires. Except the vampires are pretty lazy and are only doing this to protect their food supply. There’s also a mysterious “Academy” that provides advanced cybernetic soldiers to protect humanity’s few remaining strongholds despite the lack of resources affecting everyone.

This surreal environment is where naked and confused human (?) Colton finds himself. Stronger, smarter, and faster than any human, Colton is also completely unaware of anything that has happened since before the Glitch. He takes virtually everything in stride, though, and swiftly develops a bond with the local survivor community. The human survivors are sick of being forced to depend on vampires for protection and think a human defender would be good for morale.

The world-building feels like it could be a very good open-world RPG with lots of ruins, familiar sights, and horrible dangers lurking around every corner. Anna Mocikat’s background as a game developer shines true here and it definitely feels like the kind of place I would enjoy visiting with my fellow gamers in multiplayer. That doesn’t mean it doesn’t work as the basis for her action-horror-post-apocalyptic sci-fi fantasy, though. The world-building follows a surreal dream-like logic that makes everything make sense in its own internal structure even if you wonder why Robocop and Dracula are fighting with starving scavengers.

Of the many characters throughout the book, I think I prefer Eurydice the most. She’s actually one of the villains who is willingly working with the Dark Ones toward the extinction of humanity. With that kind of goal, you have to work hard to make a character still entertaining. Nevertheless, she manages to be sexy and entertaining the entire time. Probably because she absolutely does not care in the slightest about any of the humans surviving due to her own snarky misanthropy as well as somewhat suicidal nihilism.

There’s a nice mix of characters beyond Colton and Eurydice with everything from body swapping aliens to Bombshell the snarky cyborg enforcer. We also get a sense of how people are coping with the fact they have to be regular donors to the local vampires as well as live under their rule (answer: badly). I was, unfortunately, annoyed the only religious people in the post-apocalyse world are the usual fanatical morons who are just detestable fools. Even when actual demons and angels are fighting in the background.

In conclusion, Shadow City is a deeply entertaining dark fantasy horror setting that would make a very good video game. It has likable characters and a somewhat LIT-RPG-esque feel without the stats. I wouldn’t precisely call this cyberpunk but its definitely got cyberpunk elements and a little something for everyone.