REVIEW: Shadow of a Dead God by Patrick Samphire 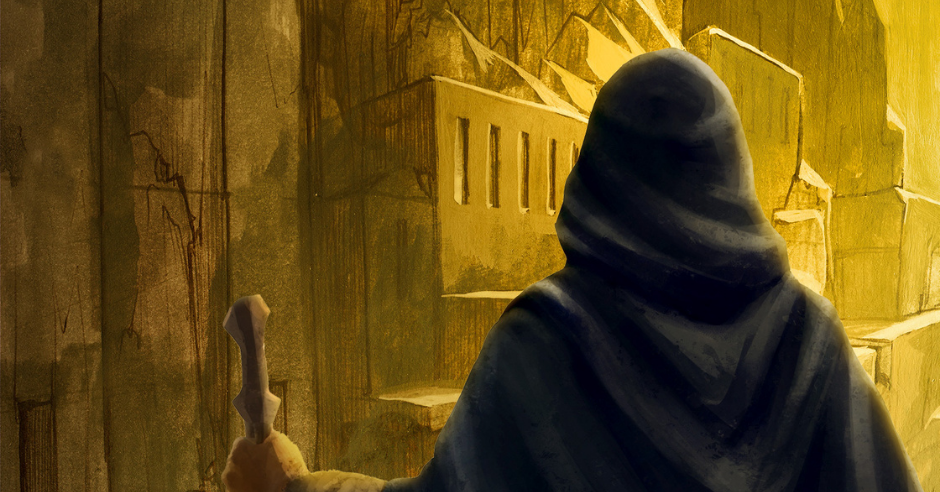 Entertaining, and full of snark, Shadow of a Dead God perfectly combines fantasy and mystery to create a book that’s nearly impossible to put down. It has all the ingredients for a great fantasy: a self-deprecating main character, a well-developed magic system, and a “small” job that rapidly gets out of control. 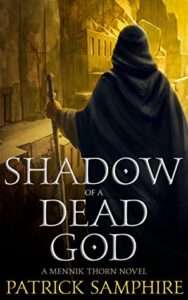 The book follows Nik, a less-than-brilliant mage who gets roped into helping his only friend, Benny. It’s always best not to owe anyone anything: Benny takes major advantage of an “I owe you” and drags Nik into a tangled mess. What starts as theft goes badly wrong, of course, and things snowball from there, turning into a murder-mystery and becoming far less straightforward than I expected things to be.

The world was fully realized. The dreaded info dump was missing, with things being explained organically as the story continues. The magic system was pretty stinking amazing. I can’t say that I’ve ever read a book where magic comes from the cadavers of gods. It was bizarre and brilliant. I would like to see that explored more in subsequent books simply because it was so unique.

In fact, where Shadow of a Dead God shines is in its ability to take common fantasy elements and make them wholly original. Nik is one of many mediocre mages in fantasy-but his lack of self-confidence, and complete unwillingness to be decisive adds a new twist. His relationship with Benny, the instigator of the trouble, is so much fun to watch. Nik is fully aware that his friendship with Benny is problematic, but there is that familial obligation mixed in with love and it makes for a fascinating dynamic.

Added to the mix is Benny’s daughter, Sereh. Now, I have kids and they can be scary, but the amount of terror she inspires in adults is next-level. I would love to see more of her story. There are so many aspects of this book that I want to see more of! I became so invested in the story that I wasn’t ready for it to end.

Shadow of a Dead God has a slower build, which I liked. It gave me time to appreciate the writing. Samphire’s descriptions were fantastic. There is never a simple, “he looked grizzled.” No, the reader is treated to descriptions such as, “I had seen corpses dragged out of buried temples that had aged better.” It is a joy to read such a great narrative voice.

Pick this book up. You’ll thank me.

Read Shadow of a Dead God by Patrick Samphire