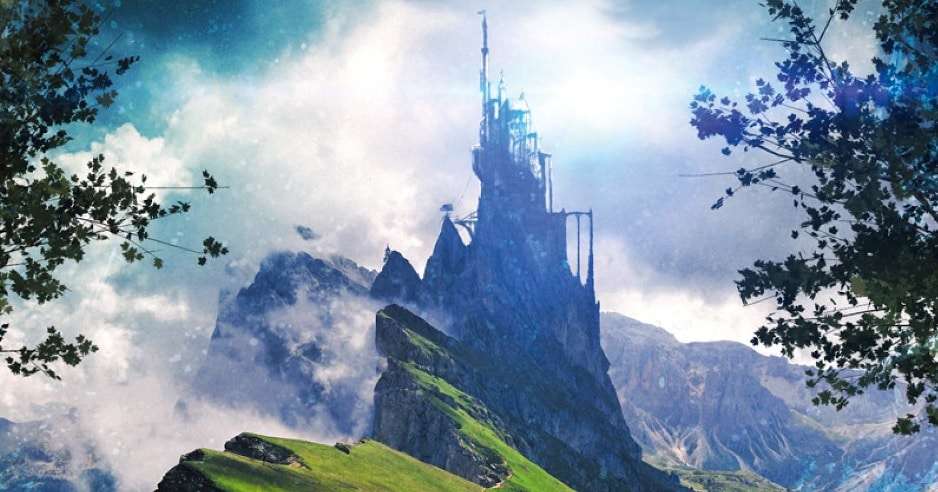 At the beginning of Shadowheart, Princess Briony is with Prince Eneas of Syan’s Temple Dogs as she looks to return to take her rightful seat of power at Southmarch. Elsewhere, Prince Barrick is with Queen Saqri at the castle of Qul-Na-Qar. He is now part Qar after being gifted the Fireflower by the former King. The Fireflower has led to him having the knowledge of all the Qar’s history in his thoughts. The residents of Southmarch including poet Matt Tinwright, guard captain Ferras Vansan, and funderling Chert are not only worried about the threat of the Twilight People who still remain outside their walls but also that the mad God King of Xis, Sulepis, plans to invade Southmarch with his mighty forces and has the intention of waking a God. Please note: the final quotation at the end of this review contains a potential spoiler.

“‘So we face our final hours…and all that was once certain has become uncertain. Except for defeat. That, as always, is the end of all our stories.’” 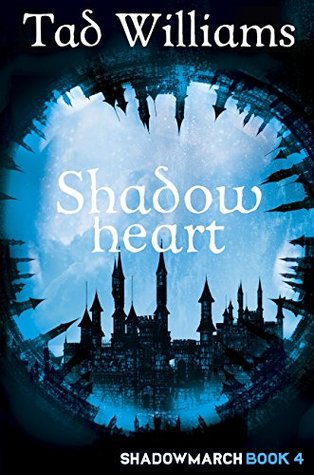 Shadowheart mostly takes place in, around, or underneath Southmarch. It is much more action-focused than the previous entries and builds up intensely to a phenomenal culmination. My excitement levels ran through the roof throughout with standout moments including amazingly well-choreographed battle segments, epic showdowns, an intense high-speed chase sequence that includes everybody’s favourite rooftopper, and characters meeting up again after spending many months apart.

As many of the point of view perspectives closed in on each other at certain times in Shadowheart I was engrossed and gripped to the pages. Intently waiting for these characters to cross paths for the first time or to see each other again. It kept building up the drama, and when these meet-ups finally happened they were frequently not when I expected and often events didn’t go how I had envisaged at all.

One of my favourite characters throughout the series was Prince Barrick who has changed dramatically throughout to the brooding, thoughtful, blood-tainted warrior we witness here. He is extremely important to how events transpire as is another favourite Captain Vansen. Vansen is sometimes frustrating to those around him because of honourable and good he is. He spends much of this entry fighting alongside the funderlings and heading their resistance during some subterranean warfare. Other standouts were the funderling Chert who always seems to be at the centre of some drama, and his mysterious adopted son Flint whose role and purpose seems to be unknown. Matt Tinwright’s story reached its high points of the series here as he becomes a spy and also a companion of sorts for the crazy Lord Protector, Hendon Tolly. Tolly’s madness is arguably only exceeded by that of the Autarch of Xis who I loved reading about too. This duo were two of the most powerful men in all of Eion and they were both bonkers and power-mad with their wish to abuse the magical might of the Gods.

“‘When I saw you, I wondered at how much you had changed, Barrick,’ she told him. ‘But now I see that in the most important ways you are no different. It’s still your own sorrows you care about and no one else’s, and you still turn away from love and kindness as though it were an attack.’”

Shadowheart is the incredible final instalment in Williams’ epic Shadowmarch quartet. I had such an amazing time reading this series. I was savouring every moment as I approached the final pages. There is a catastrophically high death count here including some major players and even a point of view character. After the stunning and staggering culmination, there are a few quieter and calmer chapters where loose ends and threads are wrapped up. There are some revelations that are made regarding what part certain characters played during important and defining events and it also sets the scenes for what will happen after the finale here. There are some really touching moments towards the end. This series definitely affected me in an emotional manner. I finished the last few pages in my garden and when I put the book down I sat back and just said “wow” to myself. I must have looked crazy to my neighbours but this is a series that will have a lasting effect on me. It’s probably in my all-time top 10 fantasy series and I’m extremely sad that it is over. Great work Mr Williams. Thank you for the journey.

“Vansen had just begun to form an idea about how to attack this hopeless situation when Barrick Eddon came running to him across the uneven stones, the prince’s pale face smeared with blood from some small wound, his helmet in his hand and his curly red hair flying, so that for a moment he looked to Vansen like some freakish, supernatural creature, an armored demon with his entire head on fire. It still startled Vansen how tall the boy had grown, how he seemed to have aged years in the matter of a single season.”