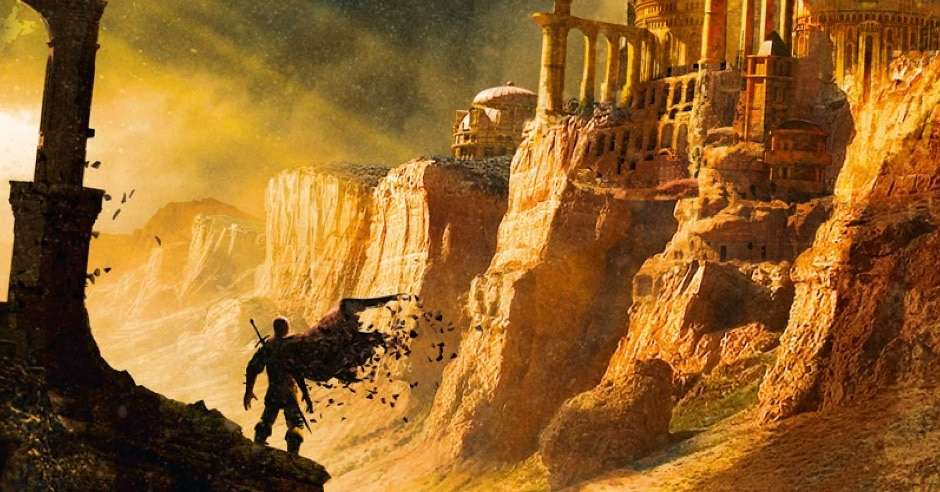 Shadowrise smoothly picks up the action following the events that concluded Shadowplay. Princess Briony has revealed her true identity to the important players at the court in the Kingdom of Syan. Prince Barrick is still journeying in the Shadowlands burdened with the objective of taking Lady Porqupine’s mirror to the blind King of Qul-na-qar. King Olin is still a prisoner of the Autarch of Xis whose force is planning to descend on Southmarch. Daikonas Vo still holds Qinnitan as a prisoner with the aim of completing his assigned task of returning her to her husband, the Autarch. Also, Captain Ferras Vansen is in the company of the court physician Chaven and Chert in Funderling town after his miraculous transportation from behind the Shadowline. Yasammez and her Qar army are planning to resume the attacks on Southmarch as she wishes to finally put an end to humanity for the suffering they have caused to her family and her people.

“‘The world is a ball of dung and we are the worms that live in it and eat each other.’ He turned his back on her, pausing only to add: ‘The one who eats all the others wins – but he is still the last living worm in a lump of shit.’” 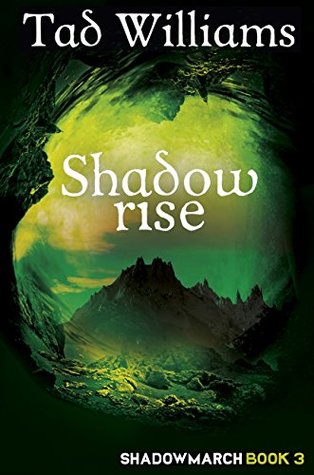 Shadowmarch was originally planned as a trilogy. I read that when writing the final entry, Tad Williams’ first draft came out at a huge 1500 pages so it was decided that it be split into two books. In similar fashion to Dust of Dreams from Malazan: Book of the Fallen, Shadowrise is the first part of what should be a huge novel. Like The Crippled God that followed Dust of Dreams, the final book in this series, Shadowheart, will complete this epic fantasy story. For me, Shadowrise is the weakest in the series so far, much as Dust of Dreams was in Malazan: Book of the Fallen and for many of the same reason. It is obviously part of a giant novel, being less exciting as a book in isolation, not having a real ending but just steadily moving the tale on, it’s extremely drawn out in sections, very occasionally even pretty dull, yet it is slowly building up for what I hope will be an extremely stunning finale.

An aspect that I really like in this series is when characters ask themselves questions regarding what their relatives or friends are up to. For example, when Briony thinks “where was her father? Was Olin even alive?” and my brain will shout out in joy that it knows the answer, and that builds up the drama, and poses questions of what will happen when/ if they are united. I’m sure some of the scenes when characters will be reunited in Shadowheart are going to be monumentally emotional and extremely powerful.

“But of all the unusual feelings that swept through him as he walked this first time in the House of the People, the strangest was that Barrick Eddon felt as if he had at last, after a lifetime of exile, come home.“

I find Prince Barrick’s tale the most interesting to follow and I was not disappointed with where it led at the novel’s finale. I really enjoy Ferras Vansen’s point of view chapters too, especially now he spends a lot of page time with the extremely likeable Funderling, Chert. Princess Briony’s sections are full of intense drama, political intrigue, shadowy characters, and betrayals that Robin Hobb would have been proud of writing. Qinnitan and Barrick’s dream-link is intriguing and I am extremely interested to find out more regarding how and why they are linked that way. The point of view perspectives of Matt Tinwright and Sister Utta did little more here than to explain what was going on in Southmarch’s walls and in the Qar camp respectively. The Gods are mentioned more frequently in Shadowrise too like they were in Shadowplay, and although they still sleep, I believe this key focus on the Gods stories will pay off in Shadowheart. Will the Gods finally walk the Earth again? Will they have scores to settle? What will be the place for the humans and the Qar if they do awaken?

It may seem that I have been pretty negative in this review but I still give Shadowrise a healthy rating. I’m extremely engaged and enraptured by the Shadowmarch series overall and I predict that Shadowheart will be nothing short of absolutely spectacular. If this review sounds rushed at all, it probably was as I wanted to finish typing quickly so that I could get straight back to reading Williams’ epic tale.