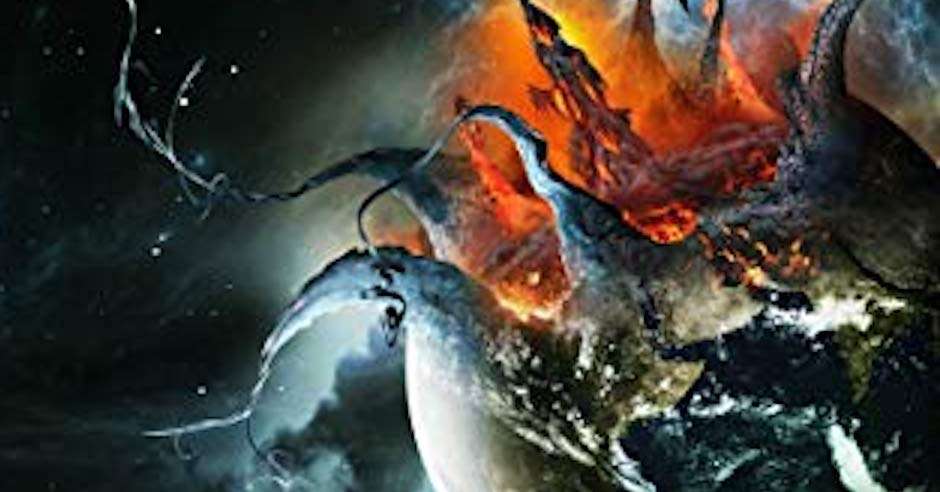 Shortlisted for the British Science Fiction Best Novel award of 2022, Shards of Earth is the paragon of epic space operas. This first installment of the Final Architecture series is vividly imaginative with extraordinary alien species and hostile worlds. In Shards of Earth, Adrian Tchaikovsky elevates the “apocalyptic wasteland” to the cosmic stage. 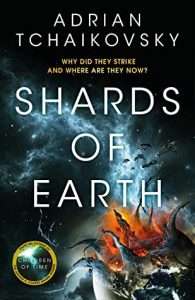 Shards of Earth features a formidable and galactic monstrosity, the Architects. A single Architect spans the size of Earth’s moon and is seemingly indestructible. Possessing the ability to shred whole planets apart, Architects travel across galaxies with the sole purpose of destroying inhabitable worlds. Their latest target is humanity. On the brink of being annihilated, humankind transformed a selective few into enhanced human weapons. In what appeared to be humanity’s final moments something impossible happened, the Architects simply vanished.

Adrian Tchaikovsky’s Shards of Earth takes place decades after humanity’s last confrontation with the Architects. Eighty years of war resulted in the destruction of Earth and billions of people dead. The remaining survivors are still scattered refugees, divided by extreme ideologies; their livelihoods susceptible to oppressive alien overlords and influential cults. They are tormented with the ever-plaguing question, when will the Architects return?

This novel is told from several perspectives, most notably from two distinct but enhanced human weapons who had survived the war. Idris Telemmier is an Intermediary or more often called “Ints.” Intermediaries are experimented-on humans with the ability to communicate with Architects. Their mutation also grants them an unprecedented and unmatched gift for space piloting.  Myrmidon Solace is a Partheni, an engineered warrior woman. Together, these human weapons once saved humankind, but a growing contempt for all unnatural humans has left them alienated.

I greatly appreciated Tchaikovsky’s approach to these heroes. Neither Intermediaries or Partheni were killing machines or perfectly crafted superbeings. Most Intermediaries lose their minds using their abilities. Since Partheni are women engineered from a specific gene line, their harsher critics have erased their heroic deeds and relabeled them as “man-haters” and “programmed like machines.” Their appearance and disposition deemed too uncanny to be truly human. The perspectives from these scorned heroes offer an honest insight as an enhanced being.

“What’s the point of making better people, if they’re still sad and afraid and lonely?”

Shards of Earth is a challenging and most rewarding read. This doesn’t mean his novel has a slow start. While a good portion of fundamental history is introduced in the beginning, Tchaikovsky’s novel is action packed from start to finish. Once I understood humankind’s history with the Architects and the decades it took in building new colonies, I fell in love with Tchaikovsky’s world. His new depiction of space travel haunts me. His alien species are intricate and numerous. Shards of Earth offers the best of modern sci-fi.

Adrian Tchaikovsky is an award-winning science fiction and fantasy author. He has written a great number of novels including Ogres and Guns of Dawn. He specializes in complex themes and fantastical worldbuilding. Shards of Earth is a triumphant showcase of his creativity.