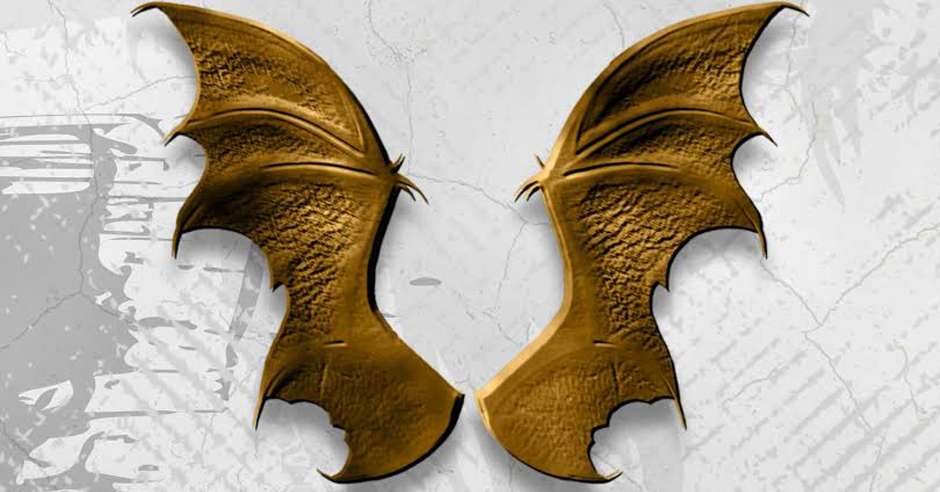 From the outside, Shatterwing seems to be an appealing dark-fantasy story. Atypical fantasy world? Check. Intriguing plot? Check. Strong heroine? Sign me up.

Unfortunately, appearances often differ from reality and despite a unique setting, Shatterwing’s characterization and narration left me cold. What began as a potentially interesting journey got lost in the quest to fulfill plot point after plot point, followed dutifully by characters in whom I had no real investment.

Wasteland under a Broken Moon 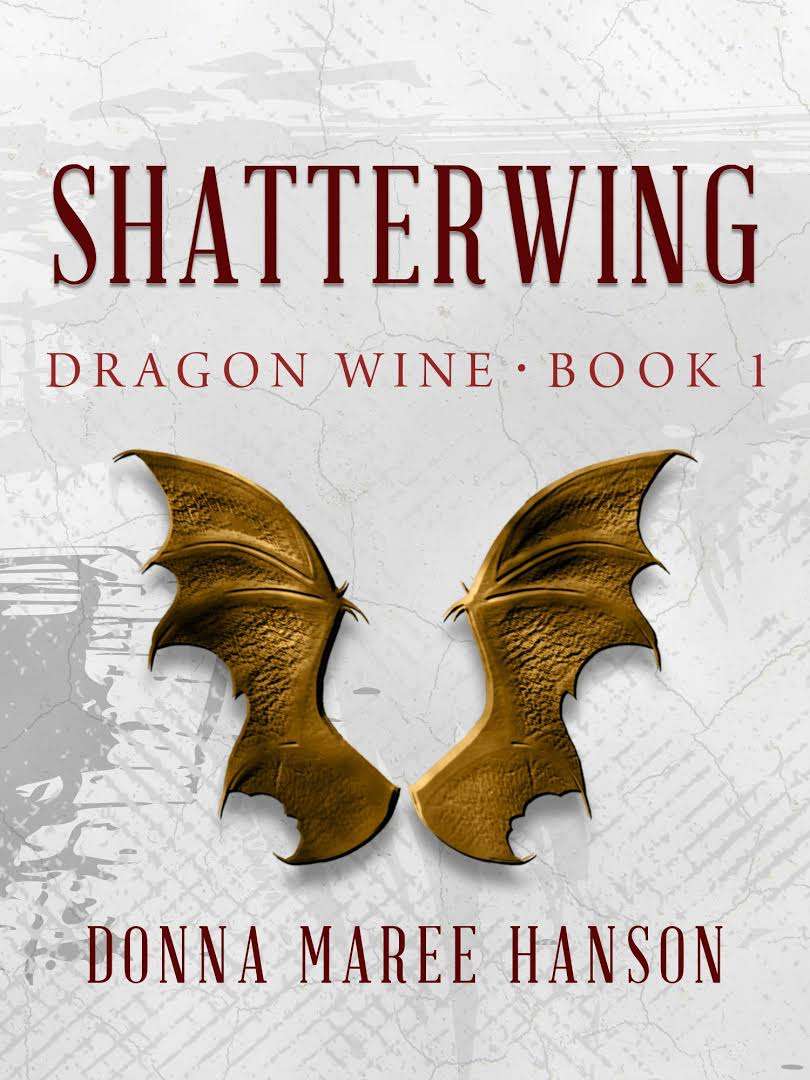 Shatterwing is, for me, more about a place than the people in it. A once peaceful land, Margra, has been torn apart – physically, morally and politically – by the catastrophic explosion of the planet’s moon. Part of the moon has become a small cluster of asteroids, dubbed Shatterwing, and occasionally meteors fall to the planet’s surface. In addition to the meteors, Margra’s inhabitants must beware of dragons, who in this world are brutal beasts, interested in humans primarily as a food source. They have the run of the wastelands that stretch between the few cities or towns that we see in the book.

The setting intrigued me, and my favorite parts of Shatterwing focused on the new world and how it worked. The author comes at it from both the present and the past, spending a small part of the book on the last member of a lost race who has survived by accident, only to discover that the shining civilizations of the Margra he knew have been replaced by ghost cities and backwards towns. I considered it a nice way to show the reader how the world used to be and to set the juxtaposition between the two periods. The world is also sufficiently dark for those who want a grittier setting. The protagonists must choose between the perils of the wild and the bigoted, sadistic men and women that populate the walled towns of Margra.

Plot wise, Shatterwing has two parts. Part I focuses mainly on Salinda, a baroness/rebel leader turned prisoner with special powers. Salinda is fairly at peace in her vinyard prison, making magical dragon wine and avoiding the brutal guards and their chief, the Inspector. When dragons attack the vinyard, only she and the Inspector are left alive, and she becomes his prisoner. Part II gives us a new location and new main characters. Laidan and her mentor, Thurdon, travel from place to place, collecting knowledge that they can bring back to the observatory, an astronomical center and repository of knowledge. When a town near the observatory undergoes a coup, Thurdon dies – but not before he endows Laidan with special powers of her own.

One of the key elements of both plots was revolution and rebellion. But I often found myself wondering what they were rebelling against. The book seems to be missing a central pillar of authority. The numerous towns in the book all seemed to have different laws and different social norms, which in fact gave me the distinct sense of a lack of central authority to rebel against.

The plot itself is easy to follow and seems interesting enough. But it’s a lot of plot. Two separate stories, chock full of action, in a book that Amazon estimates to be about 231 pages. Shatterwing could easily have been twice that length, and it would have been better for it.

One of the stereotypes of epic fantasy is that authors pad out their books with flowery descriptions and pointless side quests. Shatterwing, however, has the opposite problem. Characters leap from scene to scene, from action to action, and at times I felt like I was reading someone’s summary of the novel rather than the novel itself. For example, in one paragraph two main characters make a life-changing discovery about dragons, they look for a secret tunnel, find the secret tunnel, spend hours crawling through the tunnel and eventually get out safely. And all this happens in 148 words. I read that paragraph as I would read a shopping list. That experience unfortunately sums up my feelings for Shatterwing. It may have an interesting world, the plot might tick all the boxes, but I was rarely engaged.

Not only was I unaffected by the events of Shatterwing, but the characters often seemed unaffected as well. At times it seemed that the author went out of her way to keep her characters from developing following dark or difficult experiences. For example, at one point in the narrative Salinda is captured, tortured and raped at the hands of the Inspector and his men. Following this ordeal, she is naturally torn between desires for vengeance and her own sense of morality and humanity. Then:

With superhuman effort, she gently let the feelings of revenge and the taste of bloodlust slide away so that they were no more than a bitter aftertaste. She didn’t want to become like them. She was better than that.

That’s it? That’s all it takes for the victim of a brutal rape and beating session to recover?

Characterization was a problem for me almost across the board. The female characters were often passive, letting events blow them this way or that. The men were a bit more active but often lacked emotional depth. I had little reason to invest in them or root for them.

Fans of dark fantasy might be drawn to Shatterwing for its strong, dark setting. For hardcore grimdark readers, Shatterwing won’t quite fit the bill with its black and white characters, but the setting is sufficiently gritty and the antagonists are a healthy cast unafraid to sacrifice others to get what they want. But I cannot in good conscience recommend Shatterwing. Though I’d like to spend more time in the world, the vague, summarizing way it’s written means that the reader is less likely to be hooked or remain invested. I never truly felt immersed in the story, and thus I will not be continuing my journey through Margra.

Shatterwing was released as an e-book on September 11 by Momentum.

I give Donna Maree Hanson’s Shatterwing 2 out of 5.