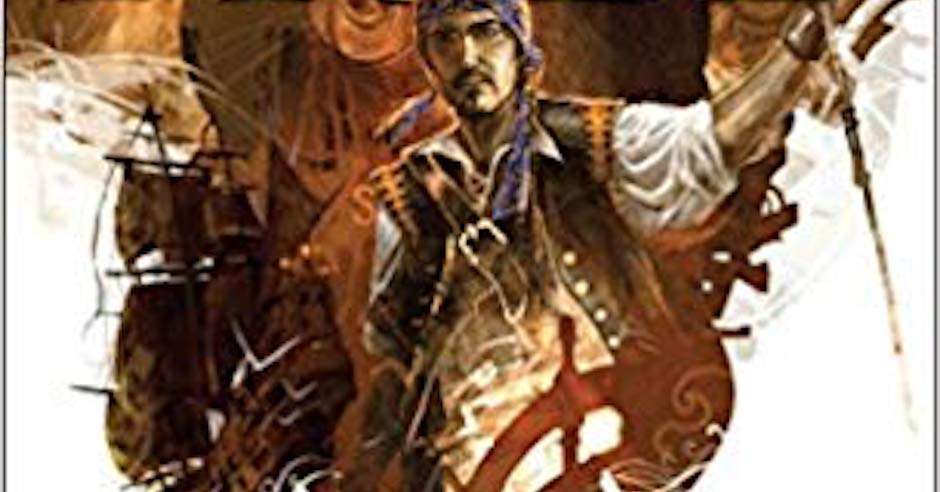 The Liveship Traders is the second trilogy in Robin Hobb’s The Realm of the Elderlings saga. After a couple of false starts, I ended up loving The Farseer Trilogy. I adored the tale of The Fitz and the Fool so much that I carried on following their narrative, probably incorrectly as this chronologically is set before those events. I read The Tawny Man trilogy next and I don’t imagine that I am the only person who has followed this route. I was then ready to jump straight into the final The Fitz and the Fool trilogy but a top reviewer and friend, Petrik at Novel Notions told me that I’d be missing out on so much if I did. He is one of the only reviewers I truly trust so I took his advice and I haven’t been disappointed. It was actually truly interesting reading it in the order I chose. There is one main character from the first trilogy who is featured but under a different guise and we also visit the treasure beach that Fitz frequented with Prince Dutiful. That is one of the handful of times that the trilogies cross over in Ship of Magic. 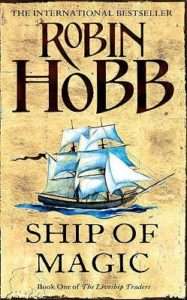 Being used to the emotionally focused and truly dedicated “warts and all” first-person perspective of Fitz, the way this novel was presented was a major shift. Hobb’s writing is as elegant, poignant, and admirable as ever, yet having so much of my heart invested in FitzChivalry it did take a while to get on board (no pun intended) with these new players.

I analysed that there were three main characters here, however; Hobb presents the events so that we also get the views of the surrounding players also. My favourite character introduced here was Wintrow. If Fitz pulled at your heartstrings I think Wintrow will be a similar emotional burden on your mind for the drama and what fate has in store for him. He was a priest-in-making who was taken away from his monastery and tutors. His grandfather, a famous captain of the Liveship Vivcacia is close to death. Against his oath but forced by the will of his father he is sourced away from the calling of Sa, of which his life is dedicated to. He is needed on Vivacia as he is a blood family relative to the Vesrits. The Liveship, just quickened, should have been passed to Alethea, Wintrow’s Aunt, not her sisters husband, Kyle Haven. Kyle is the closest that readers will get to a Prince Regal here. Aletha travelled under her fathers flag from when she was a child and was always told and under the impression that the Livership would become her possession and friend. Her mother, and her father’s ailing illness and loss of wit aided to assign the living vessel to probably the worse possible person.

After Aletha and Wintrow, the other main player is Captain Kennit. A dark, charming, and handsome pirate that has a Wizardwood charm on his wrist that talks, and he also wants to be the King of all pirates. He also wishes to commandeer a Liveship. He decides to strike a deal with his first mate that that every time they try to take a Liveship they have to free the cargo from a slaver vessel.

Ship of Magic was slow going to begin with. I wanted to see more of Amber but, for very good reasons she was always on the fringes in this entry. That being mentioned, there were some extremely memorable scenes when she conversed with Paragon, “The Mad Ship”.

As a quick aside, I devoured 25% of this book via audible and I found the narrator excellent. The majority of what is presented here was as brutal as it was unpredictable yet I did predict the ending.

I enjoyed following the majority of the point of view perspectives. Except that of Malta, but I’m sure her character arc will become truly important. It was written well so I have no issues against Hobb going down that avenue, however; she is presented as a spoilt 12-13 year old brat. The happens here hint that she will have importance with the Rain Wild traders going forwards so I am interested to follow her events.

Next to me right now I have the second novel in this trilogy and also Mark Lawrence’s The Girl and the Stars both winking at me saying “read me next.” The fact that I’ve gone straight on to read The Mad Ship, over Lawrence–one of my favourite author’s unreleased books–speaks volumes.

The last 50% of this narrative is sublime. I’m not saying that I prefer it yet over The Farseer Trilogy as the Fool and the Fitz have a place in my heart. The ambitious change in style and direction, focusing entirely on an area that has only been briefly mentioned beforehand is a masterclass in itself. I’m not sure how all the pieces of the fantasy puzzle will fit together but I can’t wait to endure the adventures, heartache, love, and the also foreboding influence of fate with Fitz, the Fool, Wintrow, Alethea, and Kennit. Also, whoever Hobb throws into the mix in her next few tales. You could start reading Hobb’s world here and still have a stunning experience. I’m currently reading to find out every single thing her mind has envisioned throughout this excellent saga.